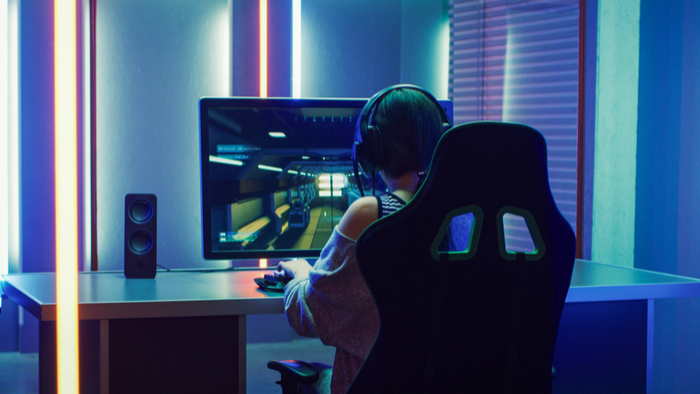 The best Kickstarter games are the ones that you never even knew were crowdfunded, simply because of how popular and successful they are on their own. And while some of these games haven’t made their way into pop culture, they each have an extremely loyal fanbase who not only backed those Kickstarters, but continue to play their games regularly. Here are some of the greatest Kickstarter games to date:

This game is one of the first games people think of when they hear the term “Virtual Reality.” That’s because many VR lounges let you try this game as their sample. It is one of the most immersive VR games ever created, and it’s hard to believe it came from an independent Kickstarter. The game only moves forward when you physically do, allowing you to plan your moves ahead in real time.

One of many successful Kickstarter board games, Splendor sets itself apart by being one of the few strategic 2-4 player board games (while many are limited to two or three). The rules adapt themselves based on the number of players. The goal of the game is to buy developments with gems you receive each turn. Each development lets you build stronger ones until you’ve received 15 points. This game is fast and full of different tactics and strategies to employ. Board game fanatics will love to add this game to their collection.

This game has also been adapted to a digital version, so mobile gamers have an opportunity to play it as well!

A card game that rivals Cards Against Humanity in humor and replayability. The idea of this game is to avoid drawing an exploding kitten card. All other cards are dedicated to helping you avoid this, either by allowing you to skip a draw turn or pass the draw to someone else. The game can be played quickly and repeatedly as an amusing party game. It is also famous for being one of the most-backed crowdfunding games of all time.

Just like Splendor, Exploding Kittens has also been adapted into a mobile game. This can be a great alternative to the game, since it prevents you from losing or damaging any cards.

Essentially an MMORPG version of Hearthstone, Hex is perfect for fans of competitive card games. This game allows you to develop your player and deck like a standard RPG, while exploring the gameplay and strategy of a trading card game. While it may not be the most popular Kickstarter success, it is still one of the most interesting and unique games you could ever possibly find.

Everyone has heard of Undertale, but few realize that it originated as a Kickstarter game. This game follows a deep and dark story of a young child traveling through an underworld of monsters and mayhem. Many of the backers were able to name their own unique monsters in the game, as a tribute to their support, such as the Glyde monster. Remarkably, this game was made almost entirely by one person, making it one of the few games to become this successful without a large team working on it.

Baldur’s Gate fans have probably heard of this franchise, as it is often considered a spiritual successor to the series. While the characters and story are memorable, the gameplay is what truly captures most players. It allows you to play Dungeons & Dragons with a pre-built story, and in-depth mechanics. It’ll take a while before you fully understand how to control the characters, but the customization of classes and skills can help with this when you’re first getting started. As Dungeons & Dragons is the model for this game, the sidequests and content are practically endless. This means you have plenty of time to get accustomed to the unique gameplay.

Along with Undertale, Shovel Knight is widely considered one of the best indie games of all time. The franchise has become one of the most recognizable in gamer communities, and even within pop culture in general. That said, if you haven’t played this game, you’re missing out on one of the best platformers out there. The gameplay is similar to Mega Man, but with a unique treasure reward system. The art is also iconic, and you can find Shovel Knight merchandise in a wide variety of stores.

One of the most unique games to come out of Kickstarter, Darkest Dungeon is an experience like you’ve never had before. The game forces you to maintain both the physical strength of a dungeon exploring party, as well as the psychological strength of your team. As the party travels deeper into the dungeon, they will become too afraid to function properly and develop quirks that affect their abilities and parameters. Any fan of roguelikes will enjoy this gothic interpretation of the genre.

If you’re looking to create your own crowdfunded game, you should check out our article on the best crowdfunding sites to help you decide which is the best for you.