If you’re a fan of comics or manga, you’re going to want them to be able to keep up with the demands of modern life. Luckily for you, there is a ton of great – and often free – apps out there that mean whether you’re on a PC, Mac or even out and about, you’ll never need to leave your entertainment at home.

No matter what platform you’re using, there are a few points to bear in mind when choosing a comic reader. The first and foremost is format support – if the app can’t take your comics, it’s useless. Next check the display options – it is a comic viewer, after all, and if there’s no fullscreen option or the interface is cluttered with menus and non-hideable sidebars, it’s next to useless.  Lastly, make sure it is relatively fast – humans read fast, and if your app can’t keep up, you’re going to get pretty frustrated. 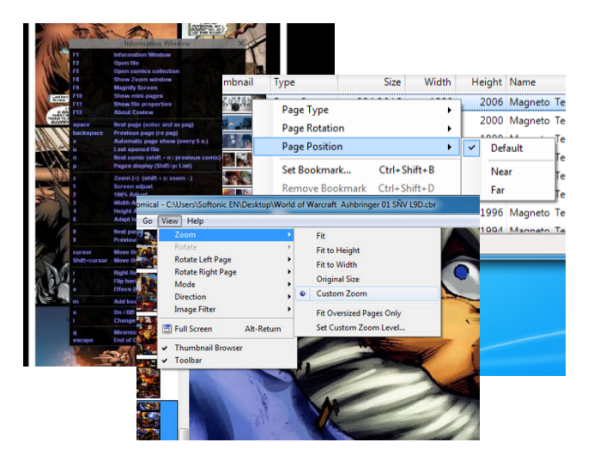 ComicRack is one of our favorite PC apps. It’s sleek, free and full of options, making the experience highly user-friendly as well as really effective with the inclusion of bookmarks, favorites and Smart Lists. It also supports both CBR and CBZ and overall makes reading comics a really comfortable.

CoView is perfect if you want 100% of your attention on the comic. CoView strips away all the options and trimmings from the main interface, leaving you with as much space as possible for your comic. That means that you’re going to have to use hotkeys for most operations, but given the acreage you get in return, that might be a concession you’re willing to make!

Comical is another free, lightweight comic book reader. This one isn’t hot on options, but it is very easy on system resources and has great format support, including CBR and CBZ, image formats and zipped files. In fact, given the ratio of screen space:options, some users might find it the perfect compromise between ComicRack and CoView.

Comica is an app that combines speed, space and variety – but to do that, it skimps a little on features. What you won’t find here are the little things that make browsing easier, such as bookmarks or note-taking tools, but it does come with a huge variety of comics already included, which makes it really easy to get started.

Simple Comic does what it says on the tin, really. It’s a very simple app designed for getting the most out of you comics with a minimum of effort. Being so simple, it shouldn’t cause you too much of a problem, but bear in mind that as there is no start-up help, leave a few minutes spare to get it up and running.

Jomic is another simple app, and not as visually arresting as some of its contemporaries. That said, it is entirely functional and comes with a busy online community, so you’ll always have somewhere to turn for help and support.

Comical is also available for Mac, you’ll be glad to hear. The same assessment stands – it’s a good balance between speed and function, but doesn’t have a raft of advanced features.

ComicBookLover is a great, multi-platform app that is one of the most technologically advanced in its class. As well as looking great, it supports multiple formats and has all the features you’ll find in the other apps, and then some. If you’re serious about your comics, this one is a winner.

Perfect Viewer is another great comic app. It’s an image viewer, but still works perfectly for comics and manga. Where this app stands out is in the amazing selection of configuration options it offers – it’s really impressive and if you take you comics seriously, and excellent option.

Droid Comic Viewer is one of several Android comic apps we’ve seen. It’s designed specifically for comic book viewing, so it supports all the formats it should and has a nice interface that is as suitable for manga as it is for traditional comics. That said, we found it a bit slow in tests, but that might depend on the model of phone you are using. 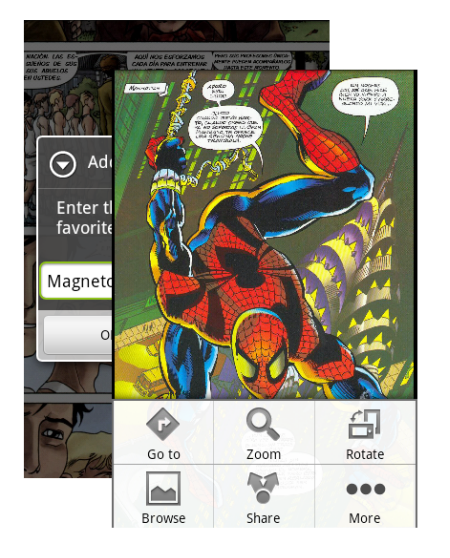 Comics is one of the few comic readers available for iPhone, strangely enough. Lucky for you, though, it’s a good app and should meet all of your needs. Just bear in mind that you can’t import comics – you have to download them all from inside the app, and there’s no DC comics! If you want to import your own comic files, Comic Zeal is the app for you, although it doesn’t feature the slick transitions of other apps.

Where the iPhone does do well, however, is offering a range of apps from comic publishers themselves. The main problem with this, however, is that you are limited to the publisher’s own titles, and you can’t import your own formats. On the up side, these apps are usually very slick and make for a great reading experience. If you like the sound of them, check out the titles below!

Riot Games Has a Problem: Leaked League of Legends Source Code Could Cost It Several Millions