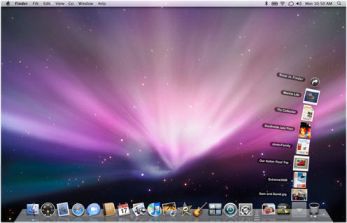 The new Dock featured in Mac OS X 10.5 (Leopard) became a point of debate among Mac fans. Not everybody liked the new bright active-application signal, the depth given to icons and stacks. Frequently using both Panther and Leopard, I can tell I definitely prefer the new Dock. It looks much cleaner and offers more ways to display items in folders.

What Apple was criticised for with the new Dock was the lack of customization. Developers took the matter into their own hands and started developing applications to let you tweak the aspect of the Dock. We’ve rounded up a few of those and summarized what makes them special: