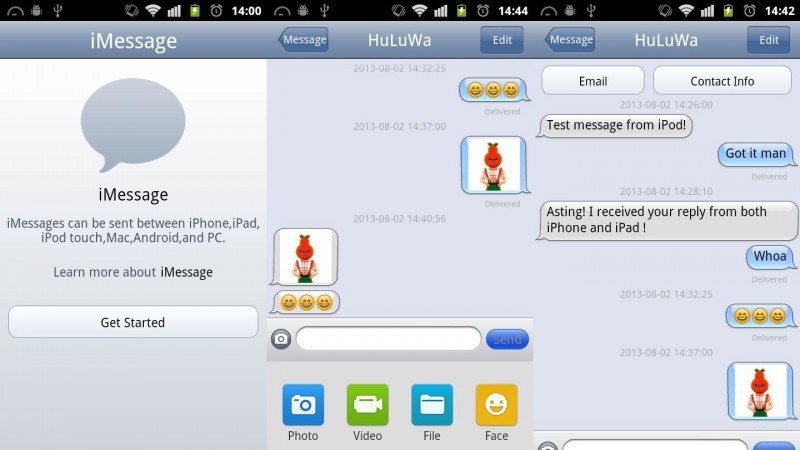 An unofficial iMessage app for Android has popped up recently in the Google Play store. The app claims to allow Android users access to Apple’s iMessage chat service, allowing users to send free messages to iOS and Mac users. While some users report that the app actually works, iMessage Chat is not authorized by Apple and may pose a huge security risk.

A few prominent software developers have come out to voice concerns about the iMessage Chat app for Android. Jay Freeman, the creator of the iOS jailbreak store Cydia, has dissected the app and found that although it does work, the app is sending all data to the developer’s sever in China. There’s no telling what the developer is doing with that information before sending it off to Apple’s own servers.

iOS developer Adam Bell found that the iMessage Chat app spoofs its device identity as a Mac Mini, hence getting around Apple’s accepted device list. The app apparently also has the ability to install software in the background of your Android device, which makes it capable of injecting malware on your phone without you knowing.

So it looks like that iMessage on Android hack is super sketch and is spoofing iMessage requests as a mac mini: pic.twitter.com/TYT6Djumdv

For now, users would be wise to stay away from iMessage Chat for Android. Though it’s unlikely that Apple will release an iMessage client on Android, there are plenty of third-party universal messaging apps like WhatsApp, LINE, Viber, Tango, and more that will allow for cross-platform chat with your iOS friends.