The new English Premier League season kicks off tomorrow and, unless you’ve got Sky Sports, you’re probably wondering how you can watch the games. Aside from finding a pub or a bar the best way to watch live football for free is through your computer. There are several programs and web sites you can use to view some, if not all, of the day’s matches from the Premier League (or, ‘Premiership’ as some still refer to it as). First, we’ll look at the essential software you should download and install, then I’ll tell you about some useful websites that show you viewing schedules or let you stream matches. 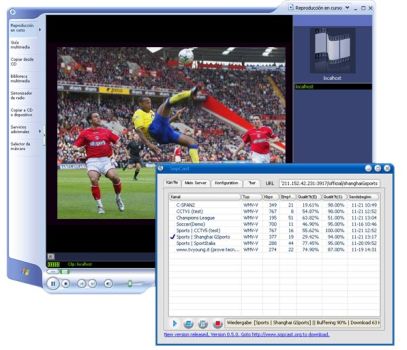 TVAnts – One of the longest-running P2P live streaming services, TVAnts has become one of the most popular ways to watch live football matches online. Installing the program is easy but load it up and you’ll be bamboozled by a complicated interface and a list of channels in Korean. Don’t panic because you don’t really need to mess around with the program itself. The important thing is just to have it installed. It will be called upon automatically when you access a certain feed from one of the web sites listed below.

SopCast -This one is a lot easier to manage than TVAnts. Head for the ‘Channels’ section once you’ve installed the program and you’ll find a range of sports stations, many of which cover live Premier League games. Try Star Sports, ESPN Sports, GD-Sports, or ShangHai GSports. Most of the commentaries will be in Chinese but with the sound down and Five Live on in the background it’s perfectly enjoyable.

TVU Player – For sheer ease of use, TVU Player is probably the best of all the P2P streaming apps. Click on the ‘Sports’ tab and you’ll see a huge list of sports channels from all around the World. You can either just flick through them to see what’s on, or use the TV Guide section to help you.

PPStream – Unless you’ve been practicing your Chinese, you’ll find PPStream about as easy to use as a marshmallow hammer. You can flick through the list of channels on the left-hand side but it’s literally a game of hit and miss. Like you did with TVAnts, just install the program so it’s available for the web sites below if you need it. 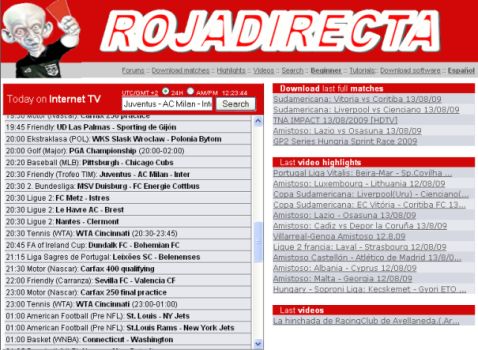 RojaDirecta – In order to help you make sense of those fiddly program, RojaDirecta gives you a schedule of all matches being played on a given day. You can perform a search for ‘Premier League’ or ‘Premiership’ and a list of all the upcoming matches will be shown. Just click on the match you want and the site will give you links to where you can watch it, and which software you need to open it with. Click the link you want and the software will launch automatically and start the stream.

Justin.tv – You’ll find from RojaDirecta that many of the Premier League matches are available directly from Justin.tv, a free web site which offers streams from thousands of channels. If you choose the ‘Sports’ category from the ‘Live Channels’ menu you’ll get to see a list of all the games currently being shown on Justin.tv.

Livestream – A good selection of channels with English language commentaries here. The ‘Sports’ section has around 1,000 live channels, so you’re certain to find at least a couple of matches to watch at any given time.

ITV – Don’t forget that ITV now offers live streams of its programming online. It doesn’t cover Premier League matches, but it might be useful for watching Champions League games if you don’t have access to a TV.