This week saw the release onto the App Store of the ultra-violent iOS game, 100 Nazi Scalps. This bloody shoot em’ up casts you as a soldier with one mission: to kill as many Nazis as you can. The game – clearly an homage to Tarantino’s Inglourious Basterds – sees you charge through each level splattering blood around the screen as you eliminate the enemy with your deadly arsenal of weapons.

Playing 100 Nazi Scalps got me wondering if this was actually the most violent iPhone game of all time. Despite being cartoony, the game is very brutal and kills are more gruesome than most hack and slash iOS. However, there are apps that contain more shocking themes. Here’s a run-down of how my favorite ultra-violent mobile games square up. Please let us know which iOS game you think is the most brutal. 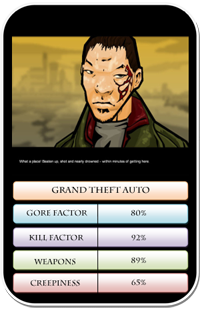 Grand Theft Auto is world renowned for its violence and Rockstar’s controversial series of games has been causing outrage for years. Chinatown Wars on the iPhone is one of the tamest versions of GTA to date, but that’s not to say it’s all teddy bears and tea parties. Dealing with themes such as murder, drug deals gone bad, car jacking and armed robbery, Chinatown Wars is not one to play with the grand kids.

The game’s aerial view means the violence isn’t as intense as it is in the recent console versions of the game. However, the pools of blood that appear when you make a kill, and some of the gruesome cut scenes, help to retain the trademark controversy of the GTA series. 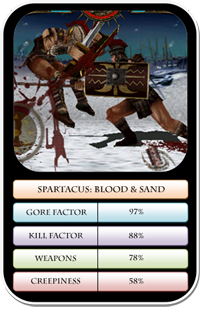 The Roman’s loved blood almost as much as they loved wine. Spartacus: Blood & Sand is the iPhone game of the series of the same name. It’s a Street Fighter-style beat ‘em up in which you need to pummel your opponent to death over three rounds. The aim of the game is to tear apart every character in a series of grizzly battles, in order to avenge the legions. There are

Gore fans will particularly love Spartacus: Blood & Sand for its decapitation finishing moves, which really put your opponent in their place (well, in two or three different places actually). 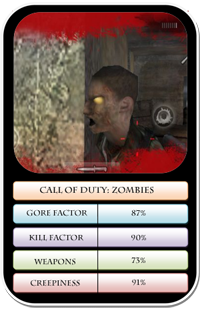 The iPhone version of Call of Duty is set in a bunker, which has been surrounded by flesh eating Nazi zombies. The bad news is, you’re inside the bunker and you represent the only flesh around for miles. The good news is, you’re equipped with a stack of badass guns to take those mothers out. If you’re too scared you can choose to go zombie-hunting with your friends online, where you’re all in the room together.

Call of Duty: World at War: Zombies is a pulsating experience with lots of blood, exploding heads, limbs falling off, etc. I’m not sure it can be awarded the title of most violent game, though just for the fact that zombies deserve what’s coming to them. 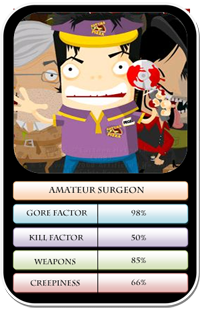 If you fancy becoming a crazy, back street doctor but your friends won’t let you practice on them, then Amateur Surgeon is the game for you. Your task is to perform surgery on a variety of patients using whatever tools you can lay your hands on. You’ll find yourself opening chest cavities with pizza cutters, using salad tongs to pull out organs, then patching up wounds with a stapler. It’s a gorgeously-crafted game with hilarious well-drawn characters, cartoon cut scenes, and lashings of humor

Adult Swim’s Amateur Surgeon certainly gets the award for most gory iPhone game. If you flinch at the sight of a needle, then please avoid this game at all costs. 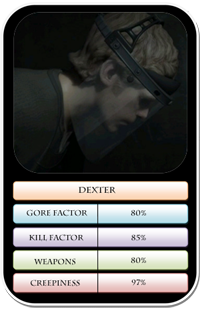 There have been plenty of great serial killers down the years, but Dexter is probably the most loved of them all. The official iPhone game of the Showtime series sees you assume the role of the sexy blood spatter analyst. Once you’ve chosen your victim your job is to do them in creatively. You get to wander around Miami solving missions such as digging up graves, hiding bodies in trunks and analyzing blood spatter patterns.

Surely the most sinister and creepy iPhone game, Dexter is great fun to play thanks to its sandbox approach, where you’re free to roam around and interact with the various characters who lurk around.

Best apps for students to increase focus and productivity