“Ready Player One” started as a novel written by Ernest Cline, and eventually turned into a movie directed by Steven Spielberg! It follows Billy Batson (wait, wrong), Peter Parker (dammit), Donnie Darko (not even close)… we mean WADE WATTS, a boy from America’s decaying future, where the majority of humans escape daily life in a digital world called the Oasis! You can watch “Ready Player One” online now.

“Ready Player One” begins when the Oasis’s reclusive creator dies, then posthumously offers his fortune to whatever player can solve the hunt for his in-game “Easter eggs.” One thing leads to another… and the egg hunt turns into an enormous, pop-culture-loving battle between the common player and a huge corporation seeking to milk the Oasis for cash. It’s a whole thing.

The “Ready Player One” book and movie ground their science fiction in technological reality. Players see the Oasis with Virtual Reality goggles, sense and touch their surroundings with haptic gloves and suits, and control movement with omnidirectional treadmills. Guess what? These devices already exist in primitive form! Which begs the question…

When will video gaming reach Ready Player One status?

To predict the future, one must examine the past.

Since Oasis technology can be broken down into sections (goggles, graphics, haptic gloves, etc.), we created analyses for each! These levels will examine what products are commercially available now. After that, we’ll guess when the technology will become available in the future.

Some are quite far away. Some are close. Some are already here, and will likely surpass “Ready Player One” levels soon enough! To find out which is which… read on!

The top-quality goggles in “Ready Player One” can show the Oasis in visually perfect quality. Surprisingly, our current technology is almost there, which makes this level a walk in the park. Head onto Amazon and type in Virtual Reality Headset!

Surprise, surprise; we already have great options available. For example, look at these two top-tier products by HTC Vive and Playstation VR: 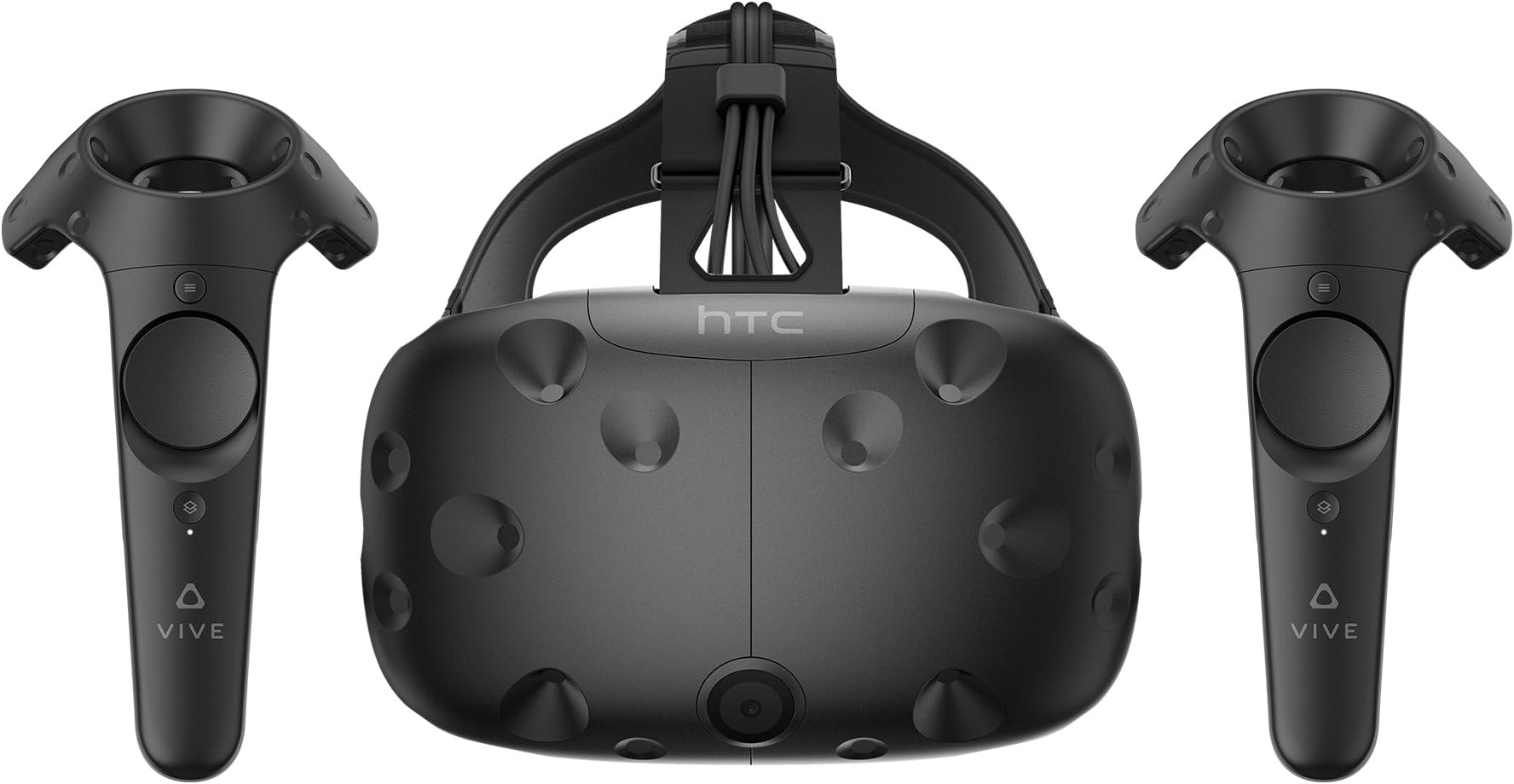 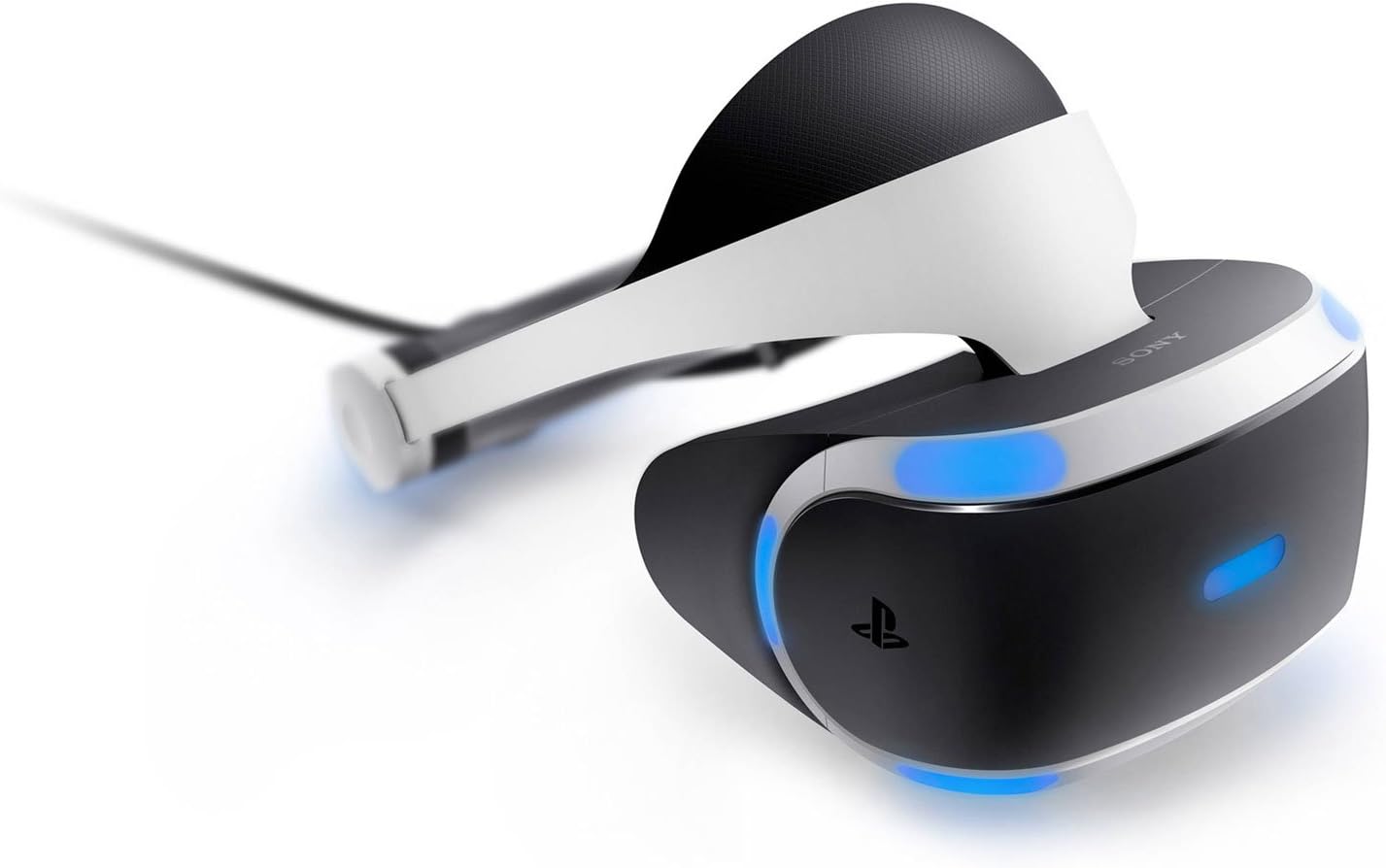 These products could conceivably imitate the look of real life. In fact, an NBC article by Devin Coldewey suggested that our eyes already can’t take in the many pixels on modern phones!

That said, we grudgingly admit a truly perfect screen requires 3D imaging to be complete. But, once again, let’s look at modern tech: the Nintendo 3DS already uses 3D imaging software. If a portable gaming system can figure out the technology, we expect Virtual Reality headsets to fully catch up no later than 2025!

The real question becomes: when will graphics be able to fully take advantage of these goggles?

Things are getting tough!

The Oasis offers total immersion, which requires true-to life graphics! Not only that, but “Ready Player One” takes place in an MMO (Massively Multiplayer Online) across multiple universes.

To establish a timeline, let’s go back a few decades!

The American Physics Society declares Pong to be the first true video game, created in 1958. In 1982, 24 years later, 3D monster Maze became the first game to break the two-dimensional mold. In 1997, 15 years later, Goldeneye drops into history like a nuclear bomb.

Fast forward 21 years to the present day: 2018. Video games look more realistic than ever! One game, in particular, prompted a rash of Reddit “screenshot photographers” because of its beauty: Horizon Zero Dawn.

Now, will these graphics hold up when seen through VR, where users can lean close with their “own eyes”? The answer is: close, but not yet. Even the newest Spider-Man game, a marvel in many ways, has terrifying Boat People on the fringes of New York City:

don’t go to the boats from r/SpidermanPS4

However, we believe improved graphics will develop as a result of other improvements: as VR excitement spreads, developers will see the need for all macro graphics to improve and respond accordingly.

Haptics are further behind than VR goggles and graphics. In our world, they are in the early stages of development, but in “Ready Player One” they can realistically simulate the touch of another person:

Luckily, we’re on our way!

Notably, a company called bHaptics decided to be one the first true voyagers into the world of touch-enabled gaming. Their Tactsuit technology can be purchased from their website already. At this time, you can use their vest, sleeves, and face cushion. Check out this 2018 demo!

Compare this video from “Ready Player One”…

…to this video of the Virtuix Omni, a company pushing gaming treadmill technology into the future.

That’s right: our omnidirectional treadmills already work! We can keep a player in one spot while tracking the movement of their steps. However… the apparent ease of movement in “Ready Player One” hasn’t been reached.

Prediction: 2020. However, we don’t expect them to be available at convenient prices until 2025. Geez, normal treadmills are already costly.

When Pokémon Go released, the servers broke under demand from millions of devices. Millions.

According to “Ready Player One,” the majority of earth’s population uses the Oasis almost constantly: for work, school, and recreation. Mind you, this also isn’t a newfangled Augmented Reality game, it’s a true-to-life virtual world with tactile and kinetic capabilities. It’s a whole different beast.

Luckily, there are a number of reasons to believe the day will come when this worldwide connection will be possible. First and foremost, Moore’s Law suggests (on a basic level) that computer processing power doubles every 18 months to 2 years. Computers and servers will exchange process information with much greater speed soon enough.

Additionally, a study by Statisa clearly revealed that internet speeds have also been growing exponentially:

Together, this indicates our ability to transmit and receive information will grow rapidly in the future, barring unseen complications or diminishing returns. Still, even in the best case scenario, there’s a high bar set. To reiterate, The Oasis constantly services millions (possibly billions) of users with a worldwide MMO environment.

We’re a long way off. Let’s put that right up front. In fact, we may never reach the level of “Ready Player One,” which characterizes the Oasis as an enormous and advanced environment with no breaks in immersion when using top-of-the-line products.

Where are we now? It’s a tough question. Some would note that great physics have already been made, like the rain in Driveclub or the snow from Horizon Zero Dawn.

Driveclub’s windshield rain physics is next level from gaming

A more pessimistic person would note that these games take place in limited environments. What if they included swimming, sitting around a campfire, slurping orange juice in space, and everything in-between? Not only that, but they must coincide with the haptic suit and treadmill!

Some of those issues are discussed by the YouTube channel Gameranx, which discussed a few great points in their video on gaming physics.

It’s true: proper physics aren’t always necessary to have a good time. Very good physics, especially in an immersive environment, are perfectly good enough to confuse gamers. In fact, many VR players still react to jump scares like the first moviegoers, who expected trains to come crashing out of the silver screen.

With this in mind, we still believe physics are nearly impossible to replicate, and will take a while to reach the bar set by “Ready Player One.”

Human imagination is an interesting thing. At one point, many said we’d never achieve flight. Then again, a number of comic books suggested flying cars would become normal by the year 2000…

Huh. Missed that deadline, didn’t we?

The point is, these developments may come much sooner or much later. Whatever the case, we’re excited for what comes next! Until then, we can watch “Ready Player One” and dream of the future.