Earthbound is a classic game that found a following with fans when it released on the Super Nintendo Entertainment System in 1995. It is also one of the most requested games for a sequel.

While Nintendo did have a sequel in development, plans for release on a console were cancelled and the game instead released as Mother 3 on the Game Boy Advance in Japan but never saw an official North America release. 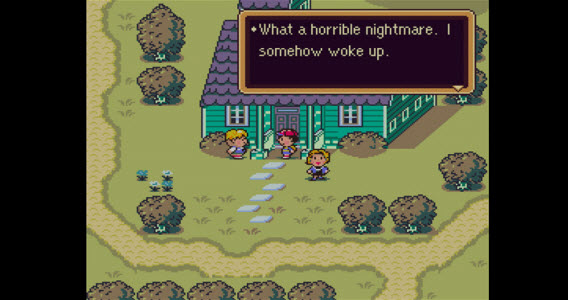 Nintendo revealed at the end of July 18th’s Nintendo Direct Mini the release of Earthbound for the Wii U’s Virtual Console. With a price of $9.99, the digital download features the game and the Earthbound Player’s Guide that can be accessed through the Wii U GamePad controller.

The Wii U has been suffering a lot with the lack of third party releases and Nintendo’s first party lineup of games isn’t scheduled to release until 2014.

Earthbound’s re-release will make older fans happy, but younger players may not have any idea about the game.