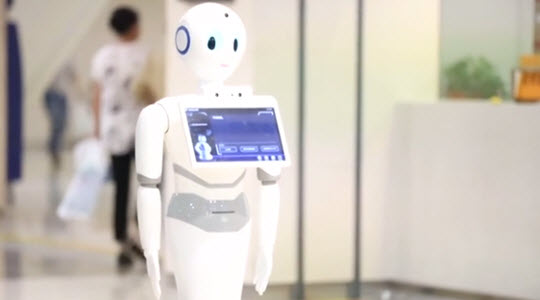 Despite all the hate directly their way, some of the robotic hordes seem to be working for the good of humanity.

After becoming the first-ever robot to pass a real medical exam, Xiao Yi has started working at the Shuanggang health center in in the provincial capital of Hefei.

The smiling synthetic graduated to its current workplace after sailing through

its medical licensing exam with 456 out of a potential 600 points.

Now, the brainy, blue-eyed Xiao Yi – which bears a passing resemblance to SoftBank’s Pepper – is a trainee doctor, and spends its days recording the diagnoses and prescriptions of its human colleagues.

Presumably it will eventually be able to prescribe them all anti-depressants –   after it takes their jobs.