Your future may depend on your social score 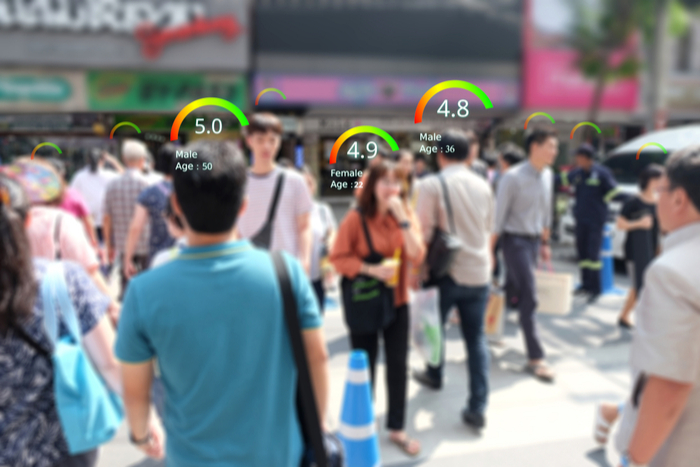 Social media isn’t exactly an accurate representation of a person’s life. In fact, it’s a well-known fact that Instagram is all about constructing a personal life that looks great in photos.

But as machines increasingly learn more and more about us and whether or not we lock down a job can hinge on a Facebook picture, we’re inching closer to a social credit system.

How your social score could affect your future

While it’s safe to say, most of us are still alarmed by the rollout of China’s social scoring system, we’re also getting used to data aggregators collecting information about our shopping habits, whether we pay bills on time, and smartphones that track us.

There’s also the fact that companies have begun using algorithms to look at job seeker social profiles or monitor employee performance on the job.

While we’re nowhere near China’s social credit system, we may be losing some autonomy little by little.

Wait — are social scores being used outside of China?

China’s social credit system is a government-run program that collects data based on consumer behavior, social media activity, and IRL missteps — like failing to take care of your parents or getting a parking ticket.

From there, citizens receive a score, which serves as a numeric representation of their value as a person. The idea is, model citizens receive perks — access to better schools, luxury hotels, and the ability to board a plane.

In the U.S., there’s no government-backed mandate that we opt into social media or shop on Amazon. However, private companies are implementing a number of applications that rate customers and employees, sometimes in ways that mean more advertising, but often in ways that impact our livelihoods.

Companies are now rating you based on customer lifetime value, which is a metric aimed at helping companies identify those users that will net them the most cash.

Now, we’re all familiar with things like our Uber ratings, which we can see — and are based on how we interact with a driver — were we rude or did we vomit in the car? Which is fine; we should have protections in place for drivers who transport strangers.

But algorithms that score teacher performance or look at whether someone should receive welfare benefits might infringe on civil rights.

Then, there’s Upwork’s Work Diary that takes webcam shots of freelancers as they log billable hours. Yes, users agree to these terms, but they might not feel that they have a choice.

The worst part is, we have to play along

In the U.S., creditworthiness is determined based on a few different factors. Payment history, the percentage of available credit, number of accounts open, and the age of accounts, all come into play.

But those scores are limited to a selection of relatively predictable factors. And, while the credit reporting system is flawed, it doesn’t account for things like what your Facebook page is up to.

How to enable private browsing mode on different browsers

The frustrating thing about these privacy invasions is, you have to play the game.

According to CareerBuilder, 70 percent of employers scan social media accounts before they make a hiring decision. And those who choose to avoid social channels aren’t in a good position either.

According to the same survey, 57 percent of employers said that no social media account made them less likely to hire someone. Basically, no digital footprint either means you have something to hide or you don’t know your way around a computer.

While job seekers and professionals, in general, would be wise to recognize this—it’s disheartening that there’s a built-in obligation to use these tools, even if we don’t want to.

Especially where employment is concerned, opting out may mean we don’t get to land or keep a job. Welcome to the future.