Zombies Monsters Robots is as ridiculous as it sounds 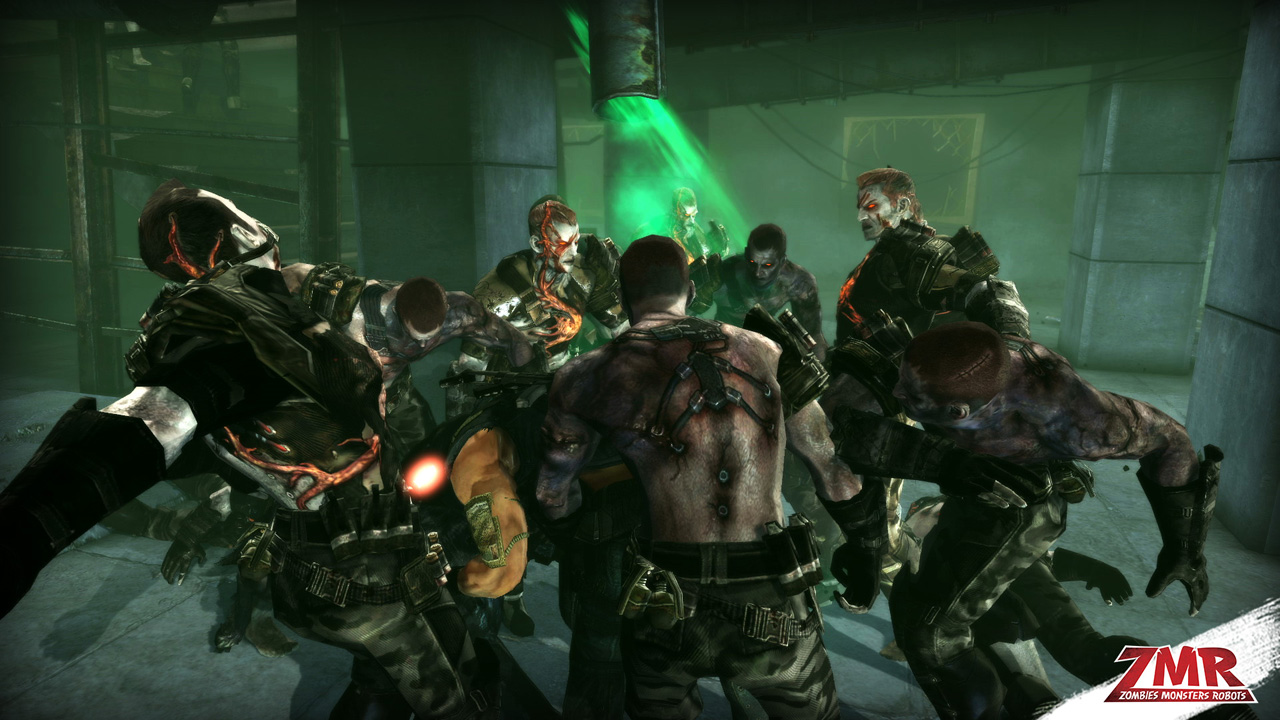 With a game titled Zombies Monsters Robots (ZMR) you know exactly what you’re getting into. The story is that portal technology has accidentally allowed cross-dimensional creatures to enter our world. But let’s be honest, you won’t be playing ZMR for the story. You’ll be playing to blow stuff up.

ZMR features cooperative mutliplayer with up to 8 players or competitive modes with up to 16 players. There are campaign and survival modes as well to mix up the gameplay. Level up and earn points to unlock and customize weapons. Each weapon can be upgraded with up to 8 accessories.

Gameplay is fast and requires teamwork. In the short demo I saw, players had to board up broken windows and doors to slow enemies as they rush the room. Fixing windows with a teammate speeds up the process. Each level ends with a tough boss battle.

While there aren’t different classes in the game, players can chose a play style that suits them. There are different types of turrets you can deploy. For example, one serves up ammo to your teammates while another heals. 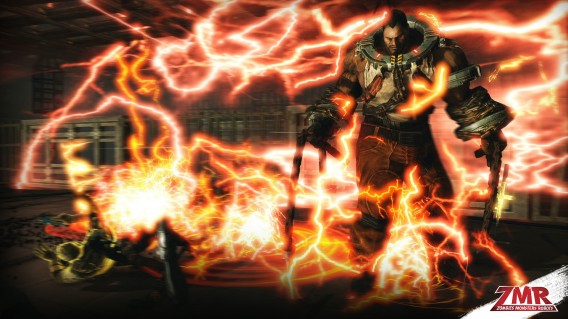 What makes ZMR interesting is the focus on environmental weapons. Each level will feature a couple of environmental set pieces that can help a team survive huge waves of enemies. I saw a spiked pillar steamroll through a horde of zombies (and myself, unfortunately). There is also a corridor trap that roasts enemies with flames.

Zombies Monsters Robots will be a free-to-play game so expect in-game purchases. Weapon upgrades and in-game currency can be purchased with real money. It’s easy enough to earn in-game money from just playing the game. 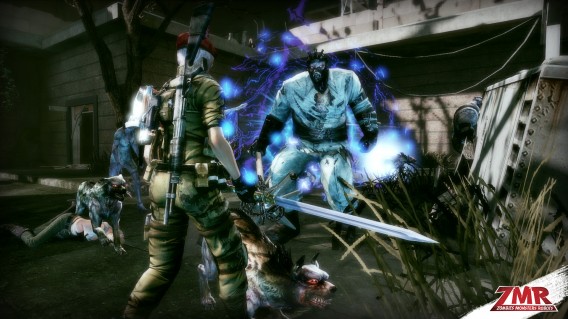 Developed by Yingpei Games, ZRM definitely has an experienced team. Formerly known as Epic Games China, Yingpei was responsible for games like Gears of War and Infinity Blade.