Most of the top VPNs on the market are from providers that specialize in just that; VPNs. Every so often, you’ll find one that’s made by a familiar name. Avast, the same makers of the popular antivirus security software, offers a VPN service known as Avast SecureLine VPN. It’s Avast’s attempt at the noble goal of providing security and privacy online for its users while maintaining speed and stability during use. But does it deliver?

With this article, we’d like to delve into what is on offer from Avast SecureLine and see if it’s worth your time and money, especially if you’re in the market for a new or even your first VPN service. We’ll be taking a look at its features and price plan in a series of tests to see just how well Avast managed to perform with this service. We’ll also be using real consumer opinions to compare with our tests from a little website known as Reddit.

If you’re asking why we’d choose to look at Reddit, the answer is simple. On Reddit, all content is organized into different subreddits, holding their own topic. If you look into one specified to VPNs, per se, you can find a large database of VPN users. These Reddit threads will be extremely useful for gathering the viewpoints of many customers who have actually used this product regularly.

Not every comment on Reddit is fact-checked, and not every opinion is to be taken to heart (yes, the age-old “internet troll” still very much exists), but there are systems such as “best comments” and upvotes that help distinguish the pointless from the helpful. For that reason, we’ll be looking at Reddit for our customer opinions. A large hub of users who have experience using this program, likely more than any of us will be able to, even in extensive testing.

Now it’s time to ask the question; how good is Avast SecureLine VPN?

What is Avast SecureLine VPN? 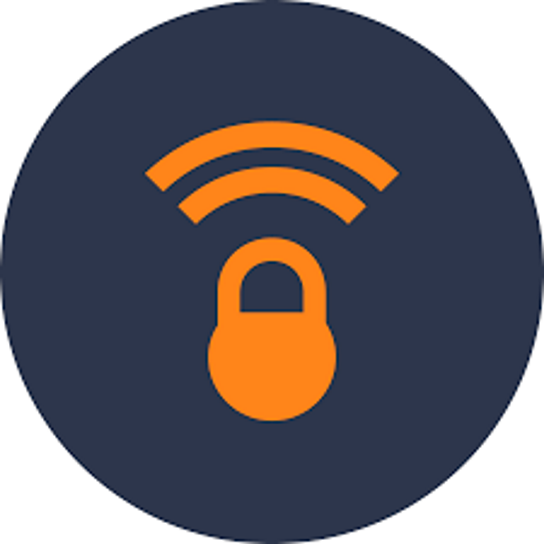 We assume that if you’ve found this article, you likely already have a good idea of what a VPN is, and might even be looking into getting one. But just in case you need a refresher, a VPN service is essentially a set of independent servers and IPs that you can connect to as a midpoint to keep any online sites and services from being able to track your real IP address. This aspect allows for an extra layer of added safety when browsing online, and can allow you to do things like bypass geographical restrictions and other functions.

Avast, the makers of Avast Antivirus, offers its own VPN called SecureLine. It’s meant to be a premium VPN service to contend with the likes of NordVPN, ExpressVPN. While it isn’t quite as well known as the larger names, it isn’t just a popularity contest. We’re going to be using a series of tests to look at the features on offer and see if it really has what it takes to play in the same court as these VPN giants.

A VPN will pretty much always lower your internet speed by some degree. It’s not easy for your internet to connect to a stop on the way to wherever you’re trying to visit rather than a direct connection. Think of it like making a pit stop. Some are faster than others, but it will always take some amount of time. So where does SecureLine lie on this scale?

Well, there are two factors to look into. The first is the locations and number of servers that Avast has for its VPNs. The more servers that a service offers, the wider span they can cover, and the more likely there will be one near you.

Avast SecureLine VPN has 700 servers spanning a total of 34 different countries. These numbers are certainly nothing to scoff at. However, when you compare those numbers to the likes of ExpressVPN at 3,000 servers over 94 countries, it begins to look a bit less in Avast’s favor. Even a service like ProtonVPN on the lower end of premium VPNs has about 1,300 servers in 55 different countries. Luckily, Avast SecureLine’s speed doesn’t come from its server count.

Well, what’s the second factor? That would be a VPN’s protocol. The encryption protocol is essentially the process used to encrypt your data when you connect to the VPN. This area is where that “private” part of the virtual private network comes in. In order to keep your information tight and secure, a good VPN needs to have a solid way of encrypting and scrambling your data so that no one can read it except the systems that you want to be able to read it.

However, protocols all face a common issue. Do you prioritize speed or security? Leaning too far toward one or the other can make a VPN unusable. So how does Avast lean? It finds a nice middle ground by going for a tried and true OpenVPN protocol, one of the most popular protocols among VPN providers, with the same 256-bit AES encryption software that has become standard in the VPN industry.

This feature gives Avast SecureLine VPN some decent speeds, with no concerns about the integrity of your privacy and anonymity when using it.

One of the most impressive parts about Avast SecureLine is that many users, such as Daggaroth here, actually seem to use it for gaming. It’s worth mentioning because high ping and slow speeds, which VPNs are typically known to cause, can absolutely kill the experience of most games. Being able to comfortably use most VPN services while gaming is quite rare.

From our own testing, we found the internet speeds to drop a bit inconsistently, varying pretty heavily between servers. However, on a few of our nearest ones, the download speed impact wasn’t that bad, and the upload speeds took almost no hit at all. On a 100 mbps speed, download speed fell to about 60 mbps, with the upload speeds staying at a pretty stable 20 mbps, pretty close to the original speed. For a VPN connection, this isn’t bad at all.

Next, we’ll be taking a look at Avast SecureLine’s security and privacy. In the speed trial, we already touched on its protocol. Using a secure 256-bit system, you can rest easy knowing that it’s pretty sturdy and should be quite capable of handling your precious data without anyone being able to access it. 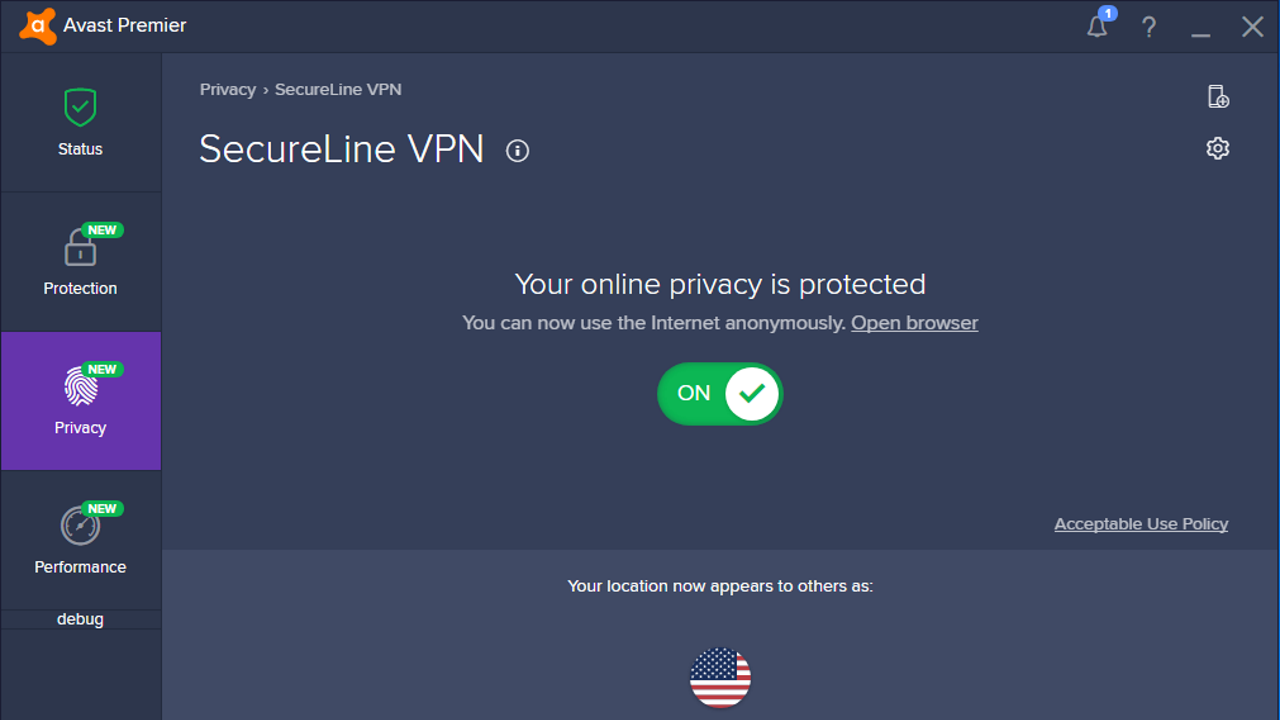 While that’s all well and good, one of the other major components to take a look at is logging. This aspect is a make or break for a large portion of VPN users. Logging essentially refers to whether or not a provider keeps records of anything about its users. It ranges from heavy logging such as keeping a record of everything users visit with that VPN, to absolutely no logging at all. Avast’s VPN has, for lack of a better term, a slight bit of logging. Here’s a look at its VPN privacy policy: 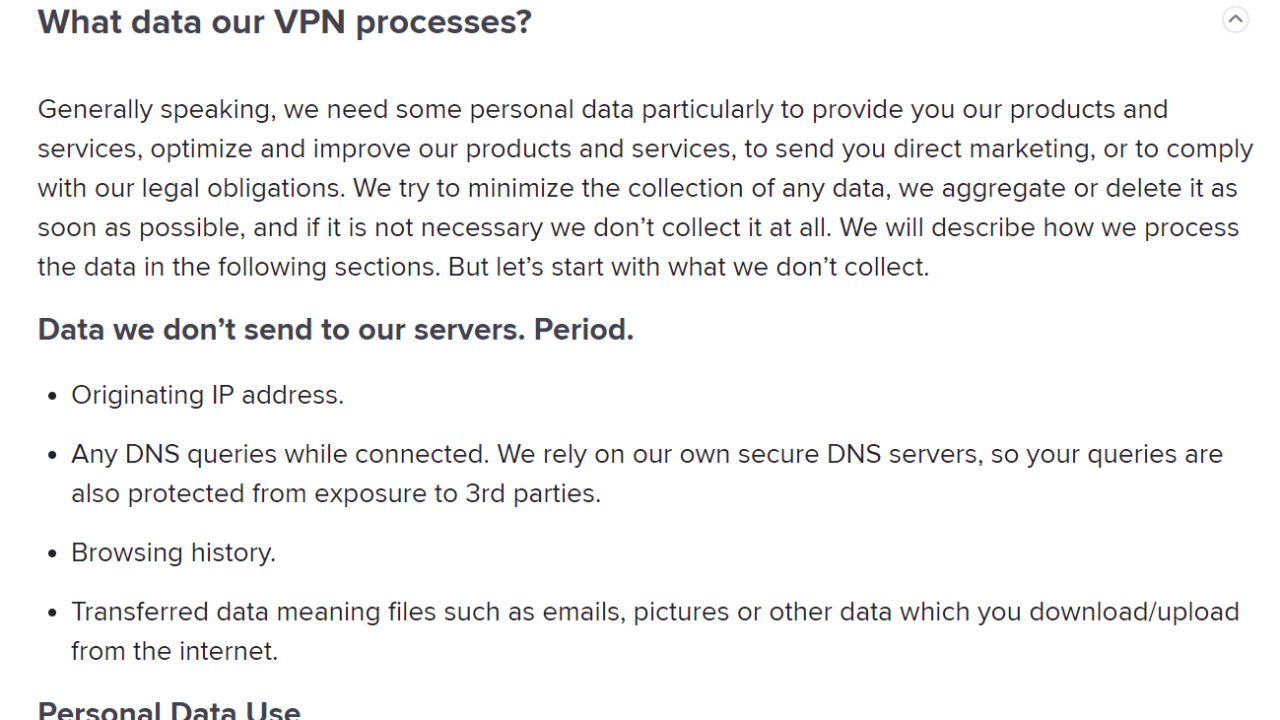 Avast doesn’t keep any information pertaining to its users’ IP addresses. It doesn’t hold any records on where you’re connecting to, or who is doing what. It does, however, track the VPN usage and the traffic of the servers. The company claims that this feature is only to improve the speed and reliability of the service and to reduce slowing and crashing. While many will be unnerved by anything short of a “strict no-logging policy”, user xeqtr_inc makes a good argument in Avast’s favor:

Most other VPN services, as much as they may claim to keep absolutely no logs or records of user activity, can’t actually prove that.

The price of a VPN can reign supreme over everything that it has to offer. It doesn’t matter if a provider is trying to offer the world. If no one can afford its price plan, then who cares? So how does Avast price their product?

After your first plan has expired, you’ll be expected to pay quite higher rates (about 40% more). However, for both the first-time plans and the following rates, Avast’s VPN is actually one of the more expensive options on the market.

To put it simply, it’s cheap for a high-end premium VPN, but quite costly compared to the more affordable names.

Saving the best for last, we’ve come to their software. While it might not seem as important as what we’ve already covered. Be it unstable software or just an outright unattractive user interface, bad software can kill great VPNs. Luckily, Avast has experience designing software for their other cybersecurity products, and it shows. 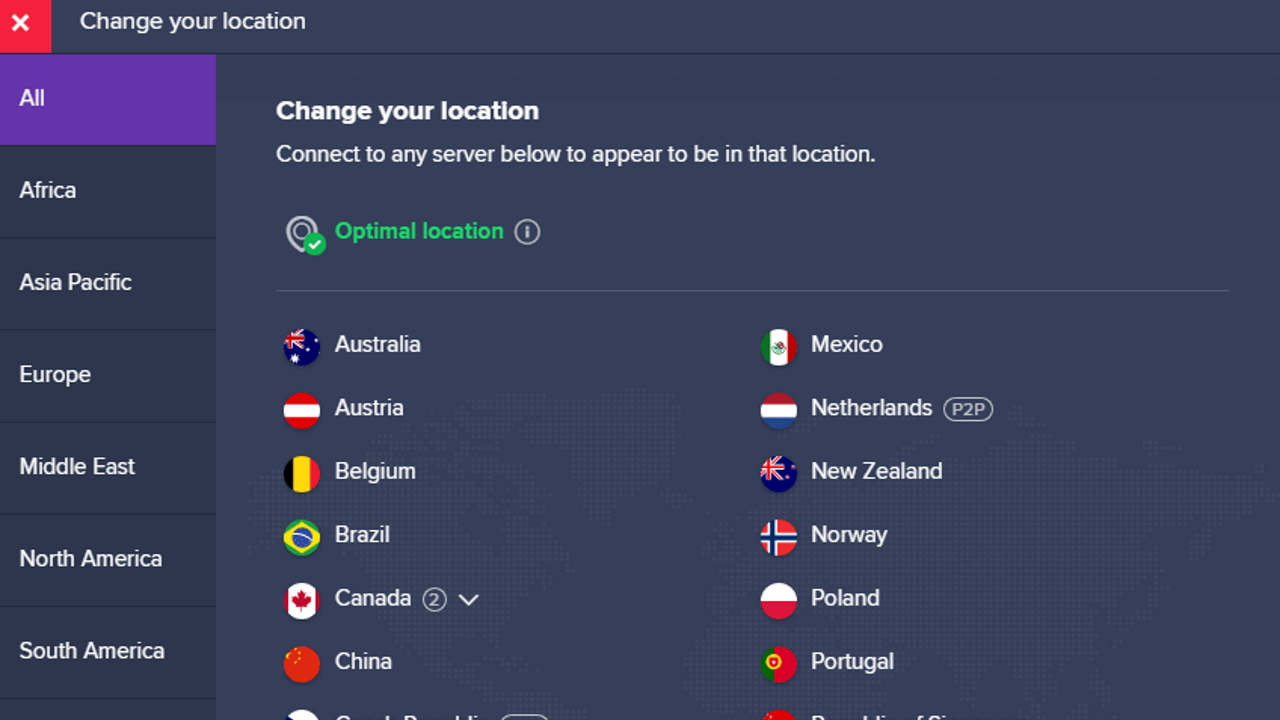 Avast SecureLine sports a clean, simple UI that is quick and easy to move around. Finding the options and settings that you’re looking for is no problem. Everything you need is always a click or two away at most. While some VPN programs can be a bit of an eyesore or look like little more than a command prompt, Avast gave its interface a nice coat of paint that makes it feel sleek and polished.

Perhaps the more critical factor, however, is the stability of the program. Some VPN software can suffer from tendencies to slow down or crash, especially when connecting and disconnecting between servers. We had absolutely no problems with this in testing.

Connecting to servers, even those that were further away, was actually faster than most premium services we’ve tried. Even NordVPN suffers from a bit of stuttering and delay time to get you connected to further servers. Avast VPN had barely a two-second connection time during our testing. The program was lightning fast and suffered from no stuttering or crashing of any kind.

For us, Avast’s software for their VPN was an absolute win.

So now that we’ve conducted our trials, we’re sure you want the final word. This article was made with the goal in mind of showing you everything that Avast truly has to offer with this service. Hopefully, we’ve done a sufficient job of doing that so as to allow you to make the decision yourself; is this the right VPN for you?

There are a thousand different VPN services available out there. One of the best services can provide a less than adequate experience for one customer, while one of the lowest-rated services can be the perfect VPN for another customer. These things vary, and it’s important to do the research.

If Avast SecureLine VPN sounds interesting to you, we can wholeheartedly recommend that you give it a try. It has a free trial and will allow you to get a feel for the features and see how the service works for you personally. It is a high-quality service and a VPN that you can feel secure with online.