As the world converts to a digital era, online security and privacy have become just as, if not more important than protecting our privacy in the real world. When your IP address contains so much information and every digital footprint leaves so many details on you as an individual, the internet can seem like a scary place. To aid in this need for online privacy, VPN services have rapidly gone on the rise.

With this increase in interest, certain services, such as NordVPN, have benefited greatly, spearheading this growing market and becoming just short of a household name at this point. It’s widely regarded as one of the best VPN services currently out there. However, the part of the VPN market that hasn’t flourished quite as much is free services.

HolaVPN is arguably one of the most popular free VPNs out there, but even it doesn’t quite measure up to premium services, sharing in only a fraction of Nord’s user base. With this article, we’re going to take a look at these two VPN providers and see how they measure up to one another. Why are free VPNs so unpopular? Why is NordVPN worth its price? What do users think of HolaVPN? These questions are all answered below. Just scroll down to find out!

NordVPN is hardly just ‘another premium VPN service’ anymore. Its quality, as well as its massive advertisement budget, have rocketed NordVPN into the mainstream spotlight. However, NordVPN did not push to its popularity through word of mouth alone. Its quality is not known for falling short of the hype surrounding the service. NordVPN is a powerful VPN that is rarely ever known to crash or disconnect, or even stutter. Its software is loaded with features, and everything about NordVPN is built with ease of use in mind. 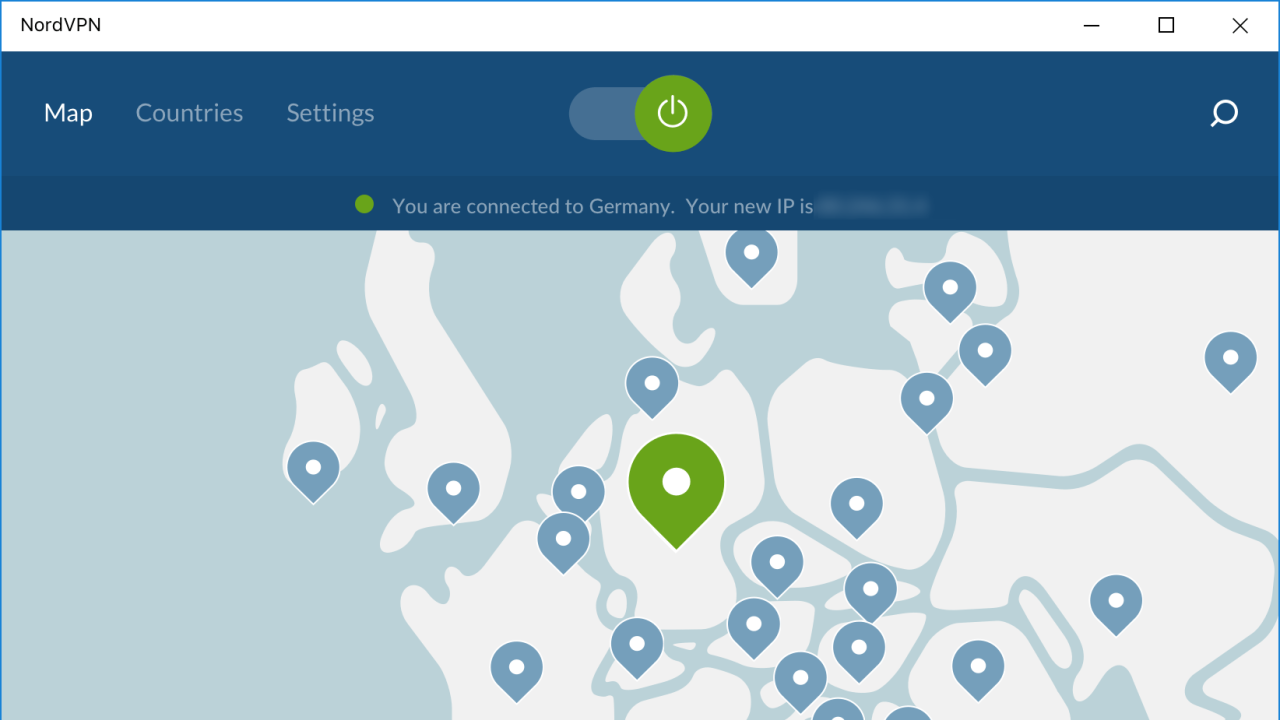 Even if it’s straightforward to use, don’t think that NordVPN’s software is overly simple. Quite the contrary. NordVPN offers plenty of features, such as killswitch, split-tunneling, and even a custom protocol based on the commonly-used WireGuard. This custom protocol is known as NordLynx and is said to be one of the fastest VPN protocols available.

As a premium provider, NordVPN obviously has a massive selection of servers to choose from. Spanning a worldwide range of 62 countries, while NordVPN isn’t the single largest server count available, it certainly won’t leave you desperate for a close connection. Even on further servers, however, the connections are quick and stable, and you should hardly run into any issues with a decent internet speed, even with things like streaming or torrenting.

The software is also optimized and runs completely smoothly. You can maneuver its settings and menus with ease and switch servers with little downtime. Overall, we found its program to run extremely well, to the point where we could leave it on without any impact on performance at all, even on mobile devices.

NordVPN is hailed for its speeds, and we were eager to test if they were everything they claim them to be. Remember that speeds can vary due to all sorts of factors, so your speeds may not look precisely like what we got in testing. That said, there’s no better way than a speed test to determine a VPN service’s average connection speeds.

Without any VPN enabled, we ran an initial test with our connection. Our connection speed clocked in at about 100 Mbps, a perfect baseline to test from. Next, we enabled Nord on that same connection, using the server it recommended as our quickest. Upon testing, NordVPN managed to keep stable at about 94 Mbps. That’s less than a 10% drop in speed, which is immensely impressive for a VPN.

VPN providers are commonly expected to drop your connection speed by around 50%-30%, and that’s on the better half of things. However, that wasn’t the only punch that Nord had to offer. Its next swing came with NordLynx, that custom protocol we mentioned earlier.

So, we connected using NordLynx and fired up the same test again. Things became even more impressive as the connection maintained a steady 98 Mbps speed. During a few following tests, it even managed to occasionally show results higher than 100 Mbps, somehow making our connection quicker than it was without a VPN at all.

This comfortably places NordVPN as one of, if not the single quickest VPN services in the world. With later testing, we chose servers from further countries, and even still, we never saw the connection drop much lower than 90 Mbps.

Since it’s the most popular VPN in the world, NordVPN has quite a lot of fans raving about the service. While Reddit can be a mixed bag when it comes to user comments on VPN services, a large majority of Nord users have only kind words to share on the behalf of the trusted provider.

Nord is one of the most versatile services available. Whether you’re looking for the best speeds out there, the tightest security, or something that’s just easy to set up and use, NordVPN seems to have it all covered.

Hola VPN started out in 2012, and since then, has gone on to become one of the most popular free VPN services available. While many are quick to distrust or dismiss the concept of a completely free VPN entirely, HolaVPN has made a name for itself despite the poor reputation that such providers tend to receive.

Considered as a VPN service, HolaVPN is very different from your typical VPN. Rather than connecting to dedicated IPs, you actually connect peer-to-peer with other HolaVPN users and share IPs with them. This has its benefits and its drawbacks, but it's enough to turn some users away.

It obviously means you can’t use HolaVPN for things like torrenting, which is both strictly prohibited by their service, and simply morally questionable if you’re using someone else’s IP to do it. This reduces HolaVPN’s versatility, meaning it functions less like a fully-fledged VPN service and more like a way to unblock geographical restrictions.

We remind you that Laws concerning the use of this software vary from country to country. We do not encourage or condone the use of this program if it is in violation of these laws. The regulation about the use of VPN services varies per country; If the Law of your country forbids or limits its usage, don’t download. Any unlawful behaviour of this software is not permitted. You are solely responsible for any use of the service

Rather than an individual program, HolaVPN uses an extension format for most major browsers. It’s extremely easy to navigate and has a clean interface that should run smoothly no matter your device. It even gives you a layout of which sites and services you are able to unblock using the free version and which sites will require their plus version in order to access.

Sadly, it has no form of encryption or method of scrambling your data. This makes the security of your information and that extra little layer of protection essentially nonexistent. That’s one of the few primary uses of a VPN that Hola, unfortunately, falls short on. If the lack of encryption doesn’t concern you, you’ll be happy to know that HolaVPN offers some other features to make up for it, such as a handy built-in adblocker.

You don’t expect the top speeds from free VPNs. With the same 100 Mbps speed that we used to test NordVPN, we connected to Hola and tried the test again.

When we tested, the results were quite surprising. Due to the free version’s speed cap at 45 Mbps, we weren’t able to go higher than that without using the plus version. With the plus version enabled, the speeds were rather impressive.

Connecting to the premium version of HolaVPN with the same connection yielded speeds averaging around 80-85 Mbps. While not as good as NordVPN, it’s an extremely fast average for your typical VPN, let alone a primarily free service.

Overall, HolaVPN gave us some seriously surprising speeds during our testing.

Free VPN services tend to get a bad name. Especially with users who don’t realize that HolaVPN isn’t a fully-featured VPN service, but instead essentially a way to erase your geographical footprints, they tend to leave some scathing words.

If you’re looking for a way to encrypt your data in an airtight seal, torrent, and utilize all the high-power functions that premium VPNs tend to offer, you’re not looking for HolaVPN; you’re looking for a premium service. If you're looking for a smart, simple, small VPN-like provider that can allow you to connect to sites from various places across the world, then Hola might be able to help.

HolaVPN cannot compare to NordVPN, unfortunately. You’ll be hard-pressed to find a free VPN service that offers what any premium VPN can, let alone the top of the pack. If you’re serious about your security, speeds, and protecting yourself online, you want NordVPN. Nord is built for the job, and there’s a reason why it’s as big of a success as it is.

If you’re looking for a humble service that can make you look like you’re logging in from the country across seas or even just from down the block, you might not need everything Nord wants to offer you. What you might want instead is something free and easy, like HolaVPN.