A far cry from Tim Burton’s cartoonish take on the character, “Batman Begins” was a dark, gritty reboot of the classic Batman story that changed the face of superhero movies. Starring Christian Bale as the legendary antihero, “Batman Begins” explores Bruce Wayne’s transformation from vapid playboy to caped vigilante.  Here are a few quick secrets and little-known facts about the first movie in Christopher Nolan’s blockbuster trilogy.

1. Christian Bale wasn’t the only actor to be considered for Batman

Going into production, director Christopher Nolan had a long list of potential candidates for the Batman role. This list included Henry Cavill, who would go on to play Superman, and Heath Ledger, who would later infamously star as The Joker in “The Dark Knight.” The role nearly went to Irish actor Cillian Murphy of “Peaky Blinders” fame, who was reportedly one of Nolan’s favorites for the part. However, Nolan eventually decided on Christian Bale and cast Murphy in the role of villainous psychiatrist Scarecrow.

While auditioning for the part, Bale wore the same Batsuit that Val Kilmer donned for the role in “Batman Forever.” The suit was reportedly so miserable and made Bale so uncomfortable that he was constantly furious when wearing it. Bale said this constant discomfort helped him get into the Batman headspace.

Fans will know character actor Gary Oldman as the mild-mannered Gotham police officer James Gordon, a role he would continue playing in every film in the trilogy. Originally, though, Oldman was considered for a different role: that of the movie’s main antagonist, Ra’s al Ghul. He was apparently in serious talks to play the role of Batman’s mentor-turned-enemy before the part went to Liam Neeson.

4. Bale seriously bulked up for the role

Prior to filming, Bale had dropped quite a bit of weight for a role in the movie “The Machinist.” To help get in shape for the role of Batman, he hired a personal trainer and gained over 100 pounds of muscle in the short span of a few months. Unfortunately, he was then forced to lose much of that weight to fit into the Batsuit costume.

5. The Batmobile is a real vehicle

“Batman Begins” gave a new spin to the Batmobile. Instead of a stylized sports car, Batman’s ride was based on a rugged military vehicle. That vehicle isn’t CGI, either. The Tumbler, as it’s known in the film, is a custom built vehicle combining a Chevy V8 engine with parts from semis and Baja racing trucks. Four working vehicles were built for filming, each costing a grand total of $250,000.

6. A drunk driver thought the Batmobile was an alien spaceship

One of the Tumblers created for the movie was damaged during filming in a rather bizarre drunk driving incident. While moving the car down a Chicago street on the way to film a scene, a drunk driver reportedly intentionally rammed the vehicle. When caught and asked why, the driver stated that he thought the Tumbler was an alien spacecraft. Therefore, in an act of either incredible bravery or astounding stupidity, he decided to take it upon himself to stop this perceived alien invasion.

7. Bale almost slept through a scene

Christian Bale is apparently known for dozing on set. It’s a habit that nearly got him in trouble during filming when it caused him to quite literally fall asleep during a scene. The scene in question involves Bruce Wayne lying in bed while Alfred (Michael Caine) helps him recover from an attack of the Scarecrow’s fear toxin. While lying in the bed, Bale nodded off. He woke up to find Caine poking him in the ribs and laughing.

8. Batman’s cape was designed by the British military

In the movie, Bruce Wayne uses discarded military technology from his father’s company to construct the Batsuit. There’s more truth to this fiction than many people might realize. To design Batman’s cape, the costume department enlisted the help of the British Ministry of Defence. The cape was created with parachute nylon using electrostatic flocking technology. This military technique helps obscure images in night vision, which doubtless comes in handy for Batman’s often stealthy nighttime prowls.

9. Bale specifically asked that there be no blood or gore

Despite the film taking a darker, more realistic tone than previous iterations, Christian Bale was adamant that the movie be appropriate for young children. He stated that as a kid, he would have loved being able to see this particular style of superhero movie, and wanted the film to appeal to kids in the 10-12 age range. Thus, no blood or gore was included in the film, and it received a PG-13 rating.

10. Jack Gleeson, a.k.a. Joffrey Baratheon, had a small role

Fans might know actor Jack Gleeson for his infamous turn as Joffrey Baratheon in HBO’s “Game of Thrones.” Eagle-eyed viewers will notice that a young Gleeson has a small part in “Batman Begins” as a boy who has a short but heartwarming exchange with Batman after he spots him on a rooftop. Gleeson had previously shared the screen with Bale in the movie “Reign of Fire.”

Looking to scratch that Batman itch? Here’s where to stream “Batman Begins” online right now, so you can relive the start of an iconic series. 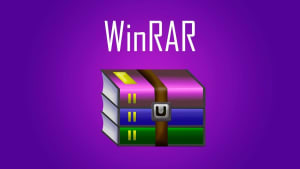