One of the real wonders of today’s modern world goes beyond the technical marvels that are the mobile devices we use all the time. Sure, our Android devices are impressive beasts on their own, and the software that comes with them is impressive even more so. The craziest thing, however, is that a lot of that software is available for free. Yep, there are incredible games you can play on your smartphone without having to pay a single cent.

When you play these free games too, you realize instantly just how impressive it is that they’re free. Free games these days aren’t simple affairs built by amateurs in their bedrooms. Instead, free games these days are built by professional teams of developers working for huge video game studios. Sure, there are elements that you have to pay for but the biggest and best games, like Fortnite: Battle Royale, work it so that the things you pay for don’t actually affect the gameplay at all. That’s right, the best Android games these days are completely free to play.

Below you’ll find the five best free games for Android from 2020. All games are available in the Google Play Store, which means all you have to do to play them now is click the download link and follow the online instructions.

No game will prove our point about how free games these days are big-name AAA features from the best gaming studios more than Call of Duty: Mobile. This free mobile game is so good that it even adds new and entertaining elements to the established First-Person Shooter (FPS) action that the Call of Duty series is famous for. On top of the beautifully looking multiplayer shooting action, Call of Duty: Mobile also brings in a 100-player Battle Royale mode that is very good.

Ever since the likes of PUBG and Fortnite: Battle Royale took the world by storm there has been plenty of clone attempts to replicate the success and many games have had some sort of Battle Royale mode bolted on to them. With Call of Duty: Mobile, however, this isn’t the case as there has clearly been a lot of effort put into developing the massive new game mode. This is a relatively new title too but already it has been gaining a lot of popularity with new players taking to its entertaining gameplay quickly and particularly happy with the fact that in-app purchases only make cosmetic differences.

When you play video game adaptations of major cult smashes, be they movies, TV shows, or god forbid pop acts, you normally don’t expect much from them. Stranger Things: The Game, however, for Android and iOS devices is an exception to that rule. Presented in a pixel art format that fits the 80s nostalgia feel of the hit Netflix show perfectly, Stranger Things: The Game is lots of fun to play and brings with it all of the recognizable elements you know and love from the show.

The gameplay is simple and effective too. This mobile puzzle game is easy to control via a simple tap control system that removes a lot of the clumsiness you get from other mobile adventure games. Even if this wasn’t a Stranger Things game, it would still be lots of fun. The fact that it is though, makes it a must-have game for all fans of the hit Netflix show.

There have been many beautiful games that have graced our mobile screens over the years, but normally we have to pay for pleasing aesthetics. Alto’s Adventure changes this though by giving us a dynamic adventure to experience while giving us fantastic visuals and digital art to splendor at as we do so.

Alto’s Odyssey plays as a side-scrolling land surfing game as you take Alto on a magical journey through desserts and plains all on his sandboard that can help him fly down the sides of mountains and jump and flip and pull off a wide array of impressive tricks. On top of the regular stunts and jumps, however, the game also brings in other gameplay dynamics such as wall riding and magical creatures that will toss Alto high into the air. 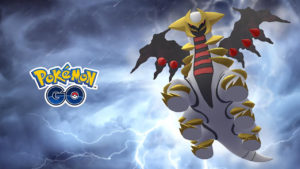 Yes, Pokémon Go has been around for what seems a very long time and nowhere near as many people play it now as did at the height of its popularity back in the summer of 2016 but the game is still one for the best around for many reasons. The main reason is the continued support and development that Niantic has given the game. Back when everybody was playing Pokémon Go the AR RPG game was beset with many flaws and issues. These have all been ironed out now making the real-world AR game everything we all wanted it to be back then when things didn’t work as they should have done. Now, everything just works, which makes the AR dynamics as impressive as they should be. This is one of the best ever Android apps.

On top of that, Niantic is regularly running major global events for players to participate in, giving the game some real weight that makes it worthy of our list of the best mobile games of 2020.

The Asphalt series of racing games have been blowing away mobile gamers for years now. The graphics are simply breath-taking, and the gameplay is incredibly fast-paced and entertaining. Asphalt 9: Legends has more tracks than ever with some courses based on real-life locations from around the globe. As well as head to action Asphalt 9 also has a great career mode that will take you through all the best features the game has to offer as you battle to become the world’s best driver. This game is free to play and there is an awful lot here that impresses, the only catch is that you’ll be shown ads regularly.

Destiny 2: Where is Xur This Week?