Candy Crush Saga: What’s the secret behind the addiction? 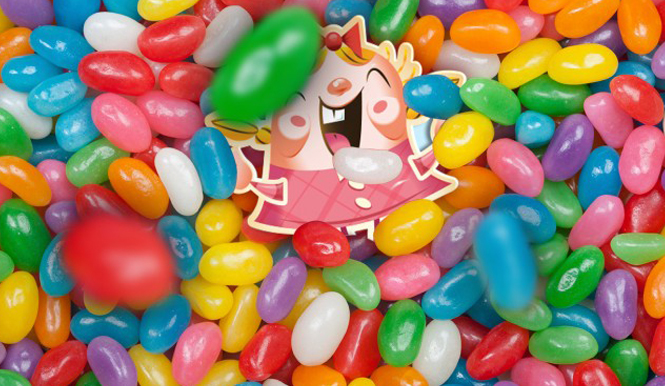 Head down, brow furrowed and a screenful of candy: Candy Crush Saga addicts are all the same – totally hooked on the game that’s even beaten FarmVille to rise to the top spot.

There are people who have spent hundreds of dollars on the game without batting an eyelid.  In Hong Kong, where 15% of the population play the game, the authorities are beginning to worry.

So, what is this obsession with popping pieces of candy?

Candy Crush: the puzzle that gets you hooked

Millions of people play it every day. It has fan clubs and its own Wiki. Candy Crush Saga has brought in huge profit for its creators at King.com: the game alone rakes in $633,000 per day, and $230 million per year. 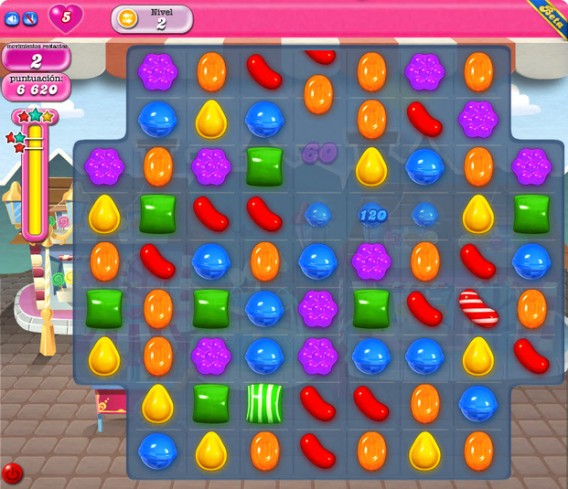 Its creators insist that there is nothing evil about the game; it’s simply an excellent way to relax and disconnect from the stresses of everyday life.  Women especially enjoy playing it, both on Facebook and on their cellphone.

A varied and never-ending game

What a cool game. Lol. I love candy.  It looks easy… Let’s see what happens if I make a line of four… Hey! This is REALLY good fun!

Candy Crush Saga is very similar to another puzzle game, Bejeweled, where you have to line up at least three of the same type of jewel to make them disappear and continue on through the game. The basic ingredients aren’t original, but the particular way Candy Crush combines them certainly is. 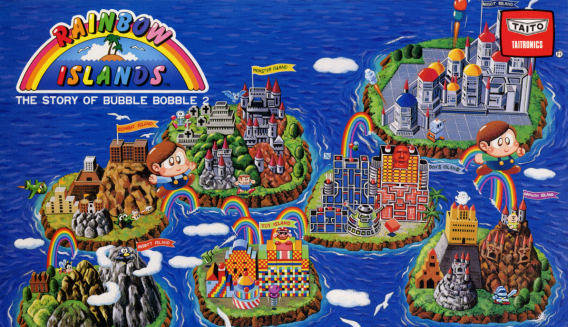 Some levels are completed by reaching a certain score, while others are completed only when you have eliminated a certain type of candy.  Some also have a time limit, but these are few and far between; the game favors tactics over speed.

I’m making my way round the map.  And I’m already doing better than my buddy, Joe.  How many levels do I have left? 350? Right, here goes.  And they said this was difficult! Lol!

Presently, there are more than 450 levels in Candy Crush Saga, spread over the map of a fictional country whose place names refer to the world of candy.  And each level has its own surprise obstacles, along with special types of candy.

Who doesn’t like candy? Even Wreck-it Ralph travels through a world of sugary goodness

The frustration you can’t get enough of

In Candy Crush Saga you have lives. Five lives to be exact.  If you fail to complete a level, you lose one of them.  When you reach the first few difficult levels, you start to run out of lives pretty quickly, and that’s when Candy Crush starts to get stressful.

Darn it, level 29 is really hard.  It’s impossible.  What? Am I hungry? No, thanks.  I just want to complete this darn level.  I’m not going till I get it done!

If you run out of lives, you have to wait thirty minutes to get one back. Meanwhile, you watch your friends play. Maybe you want to be better than them, catch up to them or even beat them. Or maybe you just don’t want to feel like a loser.

There are only two ways to avoid waiting thirty minutes to get more lives: ask one of your Facebook friends to help you, or pay via microtransactions. The amount of money some people spend is considerable.

The dilemma is agonizing: either you send requests to your Facebook friends, or you pay up.  If not, you just have to wait.  Many people choose to sit it out, but others can’t stand the suspense and are eager to continue.

Six people have deleted me on Facebook for sending them help requests.  They don’t get it.  If they played they’d understand.  Maybe I’ll pay… Yeah, that’s what I’ll do… I have to finish this level…

This is how a worrier, who just wanted to relax and play a game for a while, ends up finding something else to obsess over and worry about.  And it can be quite an expensive obsession.

What game will knock Candy Crush Saga off the top spot?

Tiffy and Mr. Toffee look on smugly while I play level 294.  I don’t know how to complete it. I scratch my two-day old stubble and decide to pay.  But someday I’ll get sick of this game. And then I’ll have to wait for another game to come along. 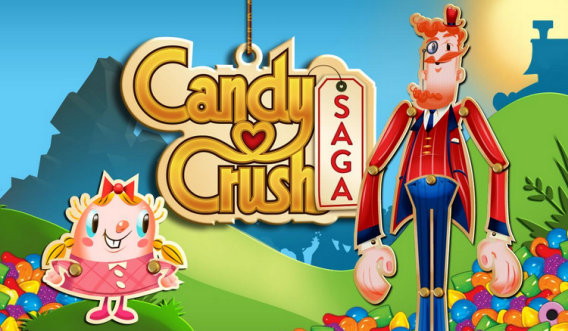 It isn’t easy to find a substitute. Candy Crush is like a shot of digital sweetness. Everything in it is positive. And positivity is addictive. Candy Crush Saga is like a modern placebo. It gives you a buzz you can’t get enough of.

Game developers have noticed this recipe for success and have started to apply it to their own creations.  But what’s the alternative? You can try downloading games which are just as difficult, but aren’t as addictive, such as Dots. 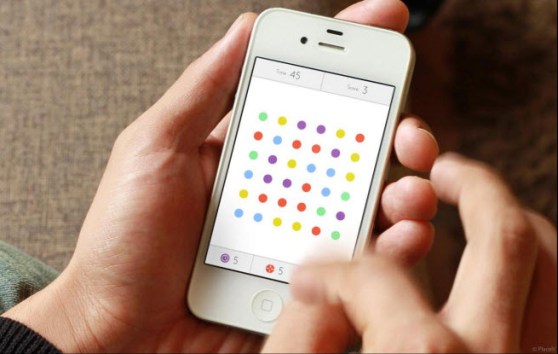 Could the incredibly popular Dots help you give up Candy Crush? (source)

But don’t be fooled: whichever game usurps Candy Crush Saga won’t necessarily be the best one. Instead, it’ll be the that makes you feel the most insecure and useless after a few goes, a bit like a poker player who lets you win a hand, but one hand only…

What level are you on?