In allowing people to rent out rooms in their own houses, Airbnb seemed to have created the perfect product. It allowed people to supplement their primary income while opening up a whole host of interesting and affordable new properties to travelers and tourists. On a small scale, this idea seemingly works for everybody, but the idea has proved so powerful it has grown large enough to cause some rather serious problems.

As well as our U.S. headquarters, Softonic has a base in Barcelona, Spain, where the local council has been fighting with Airbnb for years. Barcelona’s problems are also being felt by cities all around the world. The Airbnb effect? Rent increases, gentrification, housing shortages, and a whole host of other problems relating to increased levels of tourism. At the heart of all the problems lies the fact that instead of offering their properties to local people, homeowners are listing them on Airbnb.

To combat these negative side effects, a team led by Sitio Veracruz is working on a rival service to compete with Airbnb. According to Veracruz, the new service will be different to Airbnb in three main areas that will ensure a much fairer service.

6 must-have apps to take on vacation 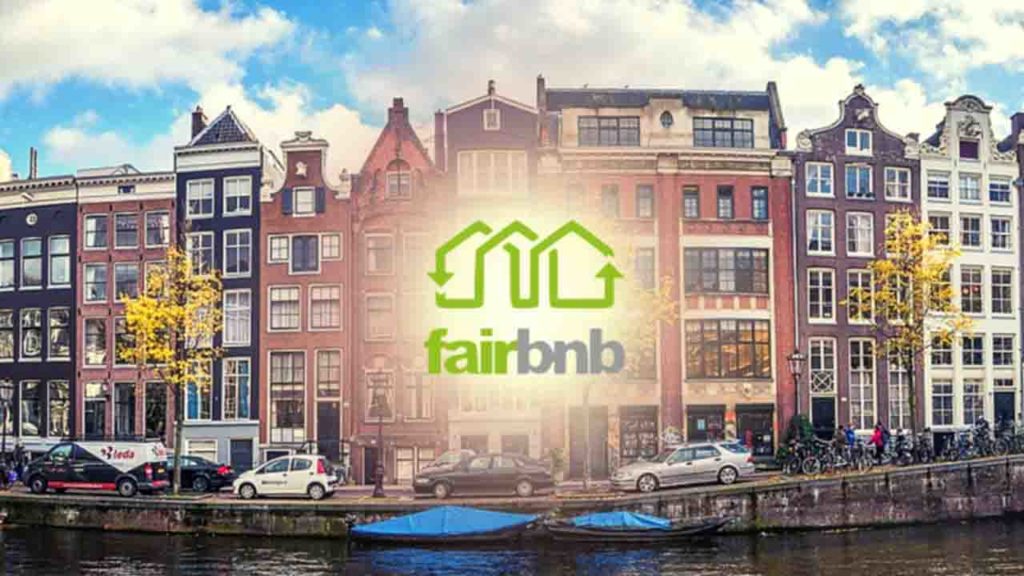 The four pilot cities that will see the first Fairbnb rentals are all in Europe. From January 2019, the platform will offer properties in Barcelona, Bologna and Venice in Italy, and Amsterdam in the Netherlands.

Speaking to The Next Web, Veracruz described the three main areas that set FairBnB apart from its established competition. First, The platform will enforce a one host one home policy, which will ensure single landlords can’t take multiple properties off the local market. The platform will follow this up by ensuring that all hosts are legally entitled to offer their property up as a tourist rental.

The second difference is that Fairbnb will pay local taxes on all profits and that 50% will be used to fund local community projects. Veracruz said, “We’re currently looking towards community projects that are struggling to find non-commercial spaces, which we’ve seen is a big problem in many cities… This includes non-profit projects such as housing for neighborhood associations, non-profit food cooperatives, or community gardens.” Imagine a global company like Airbnb, which has achieved a market value of more than $2 billion in less than 10 years, putting half of everything it makes back into the local communities where it operates.

The third major difference between Fairbnb and Airbnb is the fact that the ethical alternative will be run as a cooperative. All salaries will be limited, everything about it will be transparent, and the owners of the project will all be involved in the day-to-day running of it.

Apps are all supposed to make our lives better and developers claim to be working to make a better world, too. When profits get involved, however, and investors start calling the shots, things can become a little muddied. Airbnb has shown the real-world problems that can occur when well-meaning apps ignore the wider issues to chase maximum profit. With the very different Fairbnb starting up next year, we could be about to see a battle between ideologies. Capitalist apps against truly ideological apps that offer service over profit. Who will you be rooting for?

You can find out more about FairBnB here.