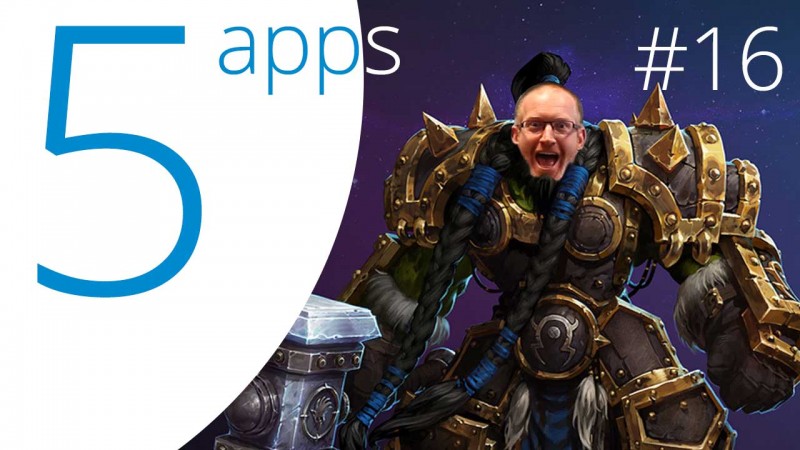 Welcome back to Five Apps to Try This Weekend, our round-up of the week’s best apps, designed to make sure you have no reason to complain about being bored before Monday.

This week we start with Mimechat (Android|iOS), the messaging app that goes one step beyond emoticons and emoji by giving you your very own animated avatar to control. Your digital puppet can hug, kiss, cry, and emote in any other way you may want them too – adding a bit more personality to conversations.

If Mimechat is your kind of thing, we suspect you will enjoy GIFLab too. This app lets you take any video and easily turn it into a brilliant .gif. Currently it is only available on iOS, but Android users who are after something similar may want to try Gif Me Five, which has a far better name.

Microsoft’s Office Lens (Android|iOS|Windows Phone) also makes this week’s list. This app turns your phone into a mobile scanner, letting you take a picture of any document or written text and then converting it into plain text for you to edit.

And finally this week we have two games. Heroes of the Storm (Windows|Mac) is developer Blizzard’s new MOBA (multiplayer online battle arena). This 5v5 fast paced strategy game draws on all of Blizzard’s famous games for its roster of characters – so expect to see familiar faces from World of Warcraft, Diablo, and StarCraft. Unlike other games in the genre, Heroes of the Storm is designed to be more approachable, so gamers of all levels should give it a go.

And we round off our selection with Lara Croft: Relic Run (Android|iOS) – an endless runner based on Tomb Raider. With gameplay that will be instantly recognizable to all Temple Run fans, this three-lane runner is packed with fun action to keep you entertained all weekend.

That’s for this week, we will be back next week with another five apps.

Five Apps to Try this Weekend: featuring Google Photos and My Talking Tom

Five Apps to Try This Weekend: featuring Phind and GoatZ