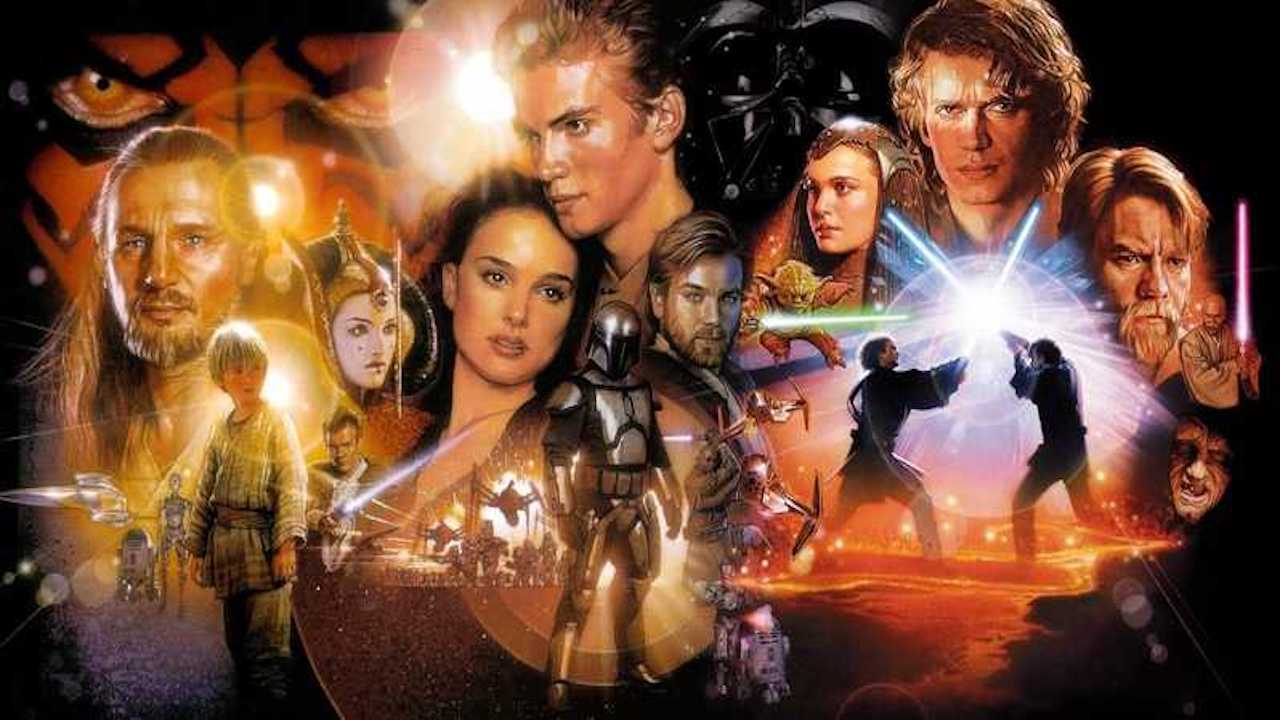 At best, most people have… mixed opinions about the Star Wars prequel trilogy. Admittedly, there’s a lot to dislike: cheesy acting, writing that left a lot to be desired, and of course, Jar Jar Binks.

That said, the prequels added quite a lot of depth and richness to the Star Wars universe, and had their fair share of undeniably iconic moments and characters. Love them or hate them, here are the 10 best moments of the Star Wars prequels.

The 10 best moments of the Star Wars prequel trilogy

First appearing in Episode III, General Grievous is the intimidating leader of the Separatist Droid army. Grievous is a masterclass in character design: despite having comparatively little screentime, he still left an indelible mark in the minds of every Star Wars fan. From his deadly looking exoskeleton to his gravelly, vaguely Russian accent, Grievous is admittedly a pretty cool villain. The coolest part? He’s got four arms, which he uses to wield the captured lightsabers of the Jedi he’s killed.

This makes for some creative and heart-pounding fight choreography that upgrades Grievous from a run-of-the-mill villain to a formidable foe.

9. Showing us the Jedi Council

Until the prequels, all any Star Wars fan really knew about the Jedi Order was gleaned from the stories and hints about them from the original trilogy. The prequels showed fans the Jedi up close and personal, detailing exactly how the Order functioned.

This included never-before-seen Jedi, the tenets of the Order itself, and a look inside the Jedi Temple on Coruscant. One of the best parts of this up-close look at the Jedi was getting to see the Jedi Council in session: the wisest and most powerful members of the Jedi Order, putting their heads together in a spectacular council chamber to decide the fate of the galaxy.

Episode III gave Star Wars fans one heck of a space battle. The movie opens with a tense dogfight above Coruscant, with massive capital ships and tenacious fighters going at it on an epic scale.

VFX technology made battles like this possible on a scale that would have been impossible for the original trilogy. This allowed George Lucas to finally realize the grand scope of his vision for the Star Wars universe.

The battle is quite a spectacle to behold, and also includes some clever hints at where the space technology of the original trilogy came from: the fighters and capital ships have a definite resemblance to TIE fighters, X-Wings, and Star Destroyers.

One of the prequel trilogy’s most spine-chilling moments comes in the form of Order 66. This hidden command is given to the Clone Army by Emperor Palpatine himself, causing them to turn on their Jedi Masters. Even though viewers already know the Jedi are all but wiped out by the time of the original trilogy, it’s still goosebump-inducing seeing it actually happen.

The sequence takes the form of a montage showing the Jedi that fans have come to know and love over the course of several movies brutally murdered by the troopers they know and trust. The Order 66 sequence is essentially an opportunity for fans to watch the rise of the Empire in real time.

The massive land battle on Geonosis is not only an epic battle sequence but also a groundbreaking showcase of visual effects technology.

Pretty much all of the sequence is digitally created, and yet it still holds up against a lot of modern CG. From the dynamic lighting to the sheer number of soldiers on the field to the destruction of the fleeing capital ships, it’s easily one of the best parts of Episode II.

By the time fans meet Yoda in the original trilogy, he’s already reached his twilight years. Yoda in his prime is a far cry from the somewhat absent-minded, doddering mentor of Luke Skywalker. Yoda is a formidable fighter and the infinitely wise leader of the Jedi Order.

Whether pondering events from the council chamber or taking on opponents with his lightsaber, getting to see Yoda at the height of his powers is truly awesome to behold.

10 actors who were almost cast in Star Wars

From the fiery backdrop to John Williams’ score to the mind-numbingly fast fight choreography, the duel between Anakin and Obi-Wan on Mustafar is cited by fans far and wide as one of the best moments of the prequels. This duel is essentially the moment that the prequels were leading up to: Anakin’s final descent to the dark side and his rise to power as Darth Vader.

Watching Obi-Wan land the final blow on his old friend and former Padawan and witnessing the horrific burn scars that lead to Anakin being encased in Darth Vader’s armor are probably some of the most heartwrenching moments of the Star Wars series.

Young Anakin got his start as a Pod Racer on Tatooine. This unique sport is dangerous, high-stakes, and infinitely entertaining to watch. Like a lot of the prequel trilogy’s visual effects, the Pod Racing sequences still stand up against modern movies.

It’s also undeniable that the fanbase loved Pod Racing just as much as Anakin did. It has since spawned several video-game adaptations and has become a central fixture in the Star Wars universe.

What’s not to like about Darth Maul? Though he’s a man of few words, this Sith assassin is known for his trademark double-bladed lightsaber and terrifying facial features that were inspired by the Devil himself.

Even after his (apparent) end in Episode I, Maul has since returned in several Star Wars spin-offs and most recently in a cameo role for “Solo: A Star Wars Story.” We wouldn’t be at all displeased if we got to see more of Maul in the future.

Before he was the cloaked embodiment of evil and head of the Galactic Empire, Palpatine was a seemingly mild-mannered Senator from Naboo. Seeing Palpatine’s origins played to perfection by Ian McDiarmid is an absolute delight, and fleshes out the character of Darth Sidious as more than just a villainous caricature.

Of particular note is a moment he shares with Anakin at the opera, telling him the Sith legend of Darth Plagueis. It becomes painfully easy to see how Palpatine was able to sway Anakin to the dark side and solidifies his status as one of the most sinister characters of all time.

All the best tips and tricks for Google Photos