December is a month for reflecting on the past year. Here at Softonic, we test thousands of apps every year, and so there’s nothing better for us to reflect on than the best apps to hit mobile and PC screens in 2014. In a series of 8 articles covering 8 different categories of apps, we’ll give you the best best apps of 2014.

Gathering a group of 11 of our very own app experts, we looked at apps that made a big splash in 2014, either making headlines, getting huge updates, creating trends, or changing the way we use our smartphones. Given the wide variety of apps and their functions, we created 8 categories, each with five finalists and one winner. 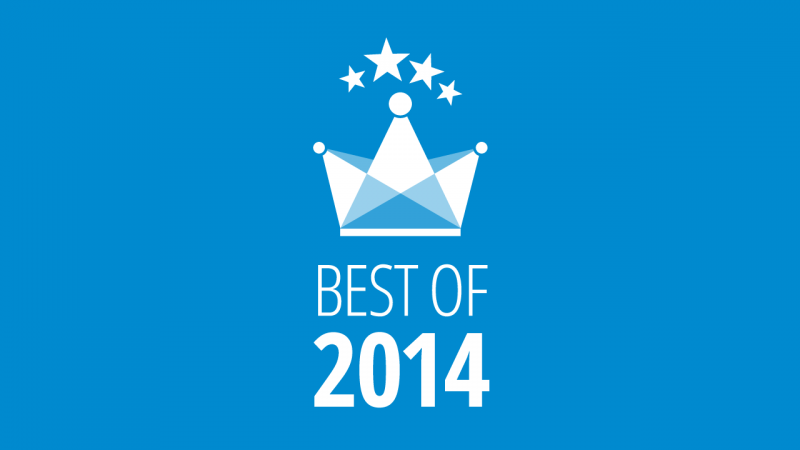 Ranging from travel and transport, to photo and video, to the highly contested best mobile and PC games of the year, we covered the whole gamut of apps that people use on a daily basis.

Throughout the month of December, we’ll publish 8 articles covering each category’s best apps of the year.

1) The best health and fitness apps

2) The best messaging and social apps

3) The best productivity and organizational apps

4) The best entertainment and lifestyle apps

5) The best travel and transport apps

6) The best photo and video apps

Below, you can see the method we used, the criteria we took into account when selecting the finalists and winners, and a look at our very own app experts in charge of making these tough decisions.

What happens when you put 11 app experts in one room to battle out their choice for the best apps? See for yourself in the video below (although you’ll have to wait for each week’s article to see who the winners are).

Our purpose wasn’t to choose every app under the sun or to choose the most popular or most downloaded apps in the app stores. Our goal was to look back at 2014 and find the apps that made headlines, got a huge upgrade, caused a bit of drama, or really made a difference in our lives.

You may notice a few absences, apps like Fitbit or Up by Jawbone in the Fitness category, or Evernote in Productivity; these apps are undeniably popular, but they’ve been around for a while, and with other big players hitting the scene this year, we excluded these and similar apps from the list.

The criteria for best app winners

We knew reaching a consensus wouldn’t be easy, so we outlined some criteria to ensure that personal bias was left at the door. All apps were evaluated based on the following:

Innovation: Does the app bring something new and revolutionary to the table when compared with other apps in the same category?

Features: Are the app’s features useful and effective? Does it do what it’s supposed to?

Style: Does the app have a nice interface? Is it user-friendly?

Everyday use: Does the app improve daily life? Is it frequently used or does it fall into oblivion soon after installation?

Multi-platform integration: Which operating systems is the app available for? Are there mobile and desktop versions? Does it save data to an online account and synchronize it across devices?

The criteria for best game winners

The best games of the year categories (mobile and PC) provided heated discussions, as this year saw an incredibly wide and varied range of game releases. Nevertheless, our selection criteria was as follows:

Gameplay: How good are the game’s mechanics, gameplay, and general user experience?

Story: Does the game have a well structured and captivating storyline?

Graphics: How is the game in terms of aesthetics, physics, and graphics performance?

Replay value: Can you play the game over and over again without getting bored, even after you’ve beaten it?

Controls: Are the controls fluid and precise?

Entertainment: Is the game captivating and addictive?

Given our huge pool of in-house app experts, whittling it down to 11 wasn’t easy. But, in the end, we found the most experienced and heavy apps users among our Softonic crew with specialties in each category.

Here’s a list of each editor in the jury, along with their area of expertise:

Why does it matter?

Whether you’ve realized it or not, apps have become an integral part of our daily lives. What movie reviews and top 100 music charts were to the past, app reviews and app store rankings are to the present (and future). More than just entertainment though, they provide real value by letting you communicate, saving you time, making sure you don’t get lost, and helping you stay active.

Apps have been able to simplify our lives, bringing things from the physical to the virtual world, and turning our mobile phones into our single most personal and prized possession. Someone taking a look at the home screen of your phone may be able to decipher more about you than you think.

Notably, app trends are more than just that; they help predict changes to the way we use our phones and the implications of these changes for the future. It’s because of the heavy weight and huge presence of apps in our lives that we wanted to showcase the ones that have most affected our lives in one way or another over the course of the year. Whether they made travel a bit easier, helped us lose weight, or created an addiction that we can’t break, there’s no question about their real impact on our lives.

To find out exactly which apps these are, check back throughout the month of December to see the Best Apps of the Year.

Original article written by Sebina Pulvirenti, published on Softonic IT.