So, you’re thinking of exploring the fascinating world of torrenting VPNs, but you don’t know where to start, do you? At first glance, any newbie might be intimidated by what they see on their screen, but once you get past all the acronyms, names and digital frameworks, they’re actually quite easy to use. In this article, Softonic is going to explain everything you need to know, starting with what a VPN is, what torrenting is, and what the best VPNs for torrenting are. Get out your pen and paper, and keep reading!

Let’s start by answering a key question: what’s a VPN? The acronym stands for Virtual Private Network, and you can enlist one to visit websites using different protocols. That may sound confusing, but don’t worry, we’ll explain how it happens step by step.

Imagine you want to watch your favorite show or movie on Netflix. Generally speaking, your internet connection does the following: after you enter the website address, your PC sends a request to your modem, which then connects to your internet service provider, locates the site, and sends the data back to you. Easy, isn’t it? Well, with a VPN, that process has an extra step.

When you use a Virtual Private Network, your ISP’s request goes through a private “tunnel,” that is, a virtual server. In the above example, when your internet service provider searches for Netflix (following your instructions), the request goes through a private server – in other words, a virtual tunnel –  to locate Netflix. That tunnel is the VPN.

A VPN can serve many purposes, from switching your apparent location to a different part of the world (the “tunnel” can make it seem like you’re in the United States, for example, when you’re actually in Spain) to making it easier for you to work remotely (due to the standards your company may have). However, the number-one purpose of a VPN is to create a more secure connection by using advanced encryption, which adds an extra layer of security (that’s why lots of major companies use VPNs in their offices).

The root of the word “torrenting” is a term many people will find familiar: “torrent.”  Torrenting refers to the act of file sharing with P2P (peer-to-peer) technology.

Here’s an example: When you download a file from the internet, you go through a server. As the user, you send a request to download the file, and the server fulfills it. In contrast, when you use P2P networks, you connect to another person instead of a server and share files with them (reciprocity). That way, rather than a server, you depend on other users to obtain the specific file parts you need to download (and there are millions of users around the world).

Is torrenting safe and legal?

The short answer is “yes”… but with a few caveats. Torrenting is safe and legal, but there are a few things to consider. In terms of safety, since torrenting takes place between users, it doesn’t connect to a server, so the possibility of getting a virus from downloading data or visiting a website is nonexistent. That said, if you’re downloading a file from another person, and that individual has infected it with malware, then you’ll be just as exposed as you would be visiting a website.

In these cases, it’s important to have good protection on your computer, such as antivirus software or a program that can shield you from malware. To avoid potential problems, always try to download torrent files that are safe, and make sure you know where they come from.

As for the next question, is torrenting legal? The answer is again “yes.” It’s completely legal for anyone to share files with another person, from documents to personal videos. That said, it’s the user’s responsibility to be mindful of what they share and to avoid breaching copyright laws. So in short, torrenting is legal. 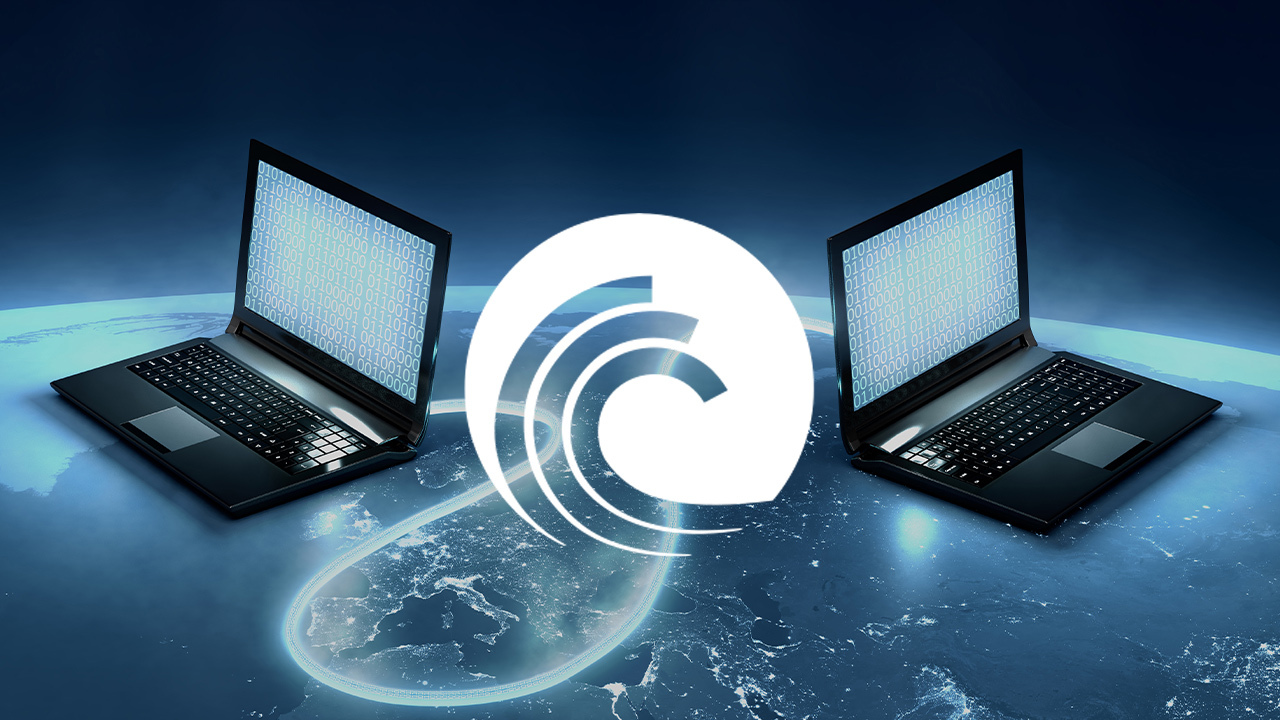 What features should I look for when choosing a torrenting VPN?

First and foremost, consider security. If you’re thinking of torrenting, we recommend choosing a VPN that stands out for its security features. Believe us, securing your PC will spare you more than a few headaches down the road.

Privacy is just as important as security. Navigating the internet anonymously is essential, and VPNs provide even more data encryption, adding an extra layer of protection. When you choose a VPN, privacy is a key factor.

Since torrenting involves peer-to-peer file sharing, it largely depends on your internet connection and that of the other person. However, when you enter this virtual “tunnel,” your own connection can be slightly impacted. Make sure to subscribe to a fast VPN, one that improves your internet speed instead of slowing it down.

Last but not least, price is an important factor. You need a VPN that fits your budget. At the same time, aside from what we mentioned about security, privacy and download speed, there’s no point in paying for a cheap VPN if it offers poor service. Sometimes if you pay a bit more, you can get quality that far exceeds your expectations.

The most popular VPNs

Now that we have explained all of this, let’s get down to business: what are the most popular VPNs you can subscribe to? Below is a roundup of our seven best VPNs:

At the top of our VPN list is NordVPN, one of the most popular services in the market today. One of this company’s special characteristics is the fact that it’s located in Panama. As a VPN, it’s already powerful in terms of security and privacy, but being headquartered in Panama is a plus, because it doesn’t have to comply with U.S. or European laws on data transmission.

NordVPN has a whopping +5,400 servers in 62 countries around the world, meaning you can connect to almost any part of the planet. What’s more, it has specialized servers for torrenting, which you’ll appreciate if you want to engage in file-sharing.

The slogan claims it is “the fastest and simplest VPN worldwide,” and it’s not wrong! With SaferVPN, that’s exactly what you get, a service that’s incredibly easy to use and speedy.

Offering a 30-day money-back guarantee, this service boasts more than 1,300 servers in 50 different locations, apps for nearly all devices, a high level of security (and privacy), and 24/7 customer support. Not bad!

Express VPN is probably one of the most familiar VPNs in the market today. This is because it’s so user friendly, secure, and above all, speedy (in other words, it ticks all our boxes).

Express VPN’s networks are ultra-secure, and it provides a high level of encryption and rapid servers that take full advantage of your internet connection. Furthermore, it offers 24/7 customer support in case you have any issues, and you can get a full refund within 30 days if you’re not satisfied. By the way, it also unblocks the Netflix catalogs in other parts of the world, just in case you wanted to watch that Japanese anime series that’s only available in the Land of the Rising Sun.

Want a VPN with reduced latency to improve your internet speed as much as possible? Check out Hotspot Shield! Boasting more than 3,200 servers across 80 countries, this VPN even has servers in China, a place known for secrecy when it comes to the internet.

One of the main characteristics of this VPN is that it’s easy to install and use, so you just have to choose a server and start working. In case you don’t like it, Hotspot Shield comes with a 45-day money-back guarantee.

This VPN is designed for anyone who makes frequent use of streaming services. As you probably well know, each service has its own catalog of films, series and documentaries, and each country has its own library that can only be accessed inside its borders. But you can change your apparent location by using a VPN, and CyberGhost is definitely up to the task.

Also, this service has a 45-day money-back guarantee in case you aren’t satisfied with your experience.

Our final pick is Private Internet Access, a VPN that’s simple and lightning fast (the straightforward interface is much appreciated). As the name suggests, this service’s main feature is a high level of privacy, so it’s a perfect choice if you’re looking for more security.

By the way, if you’re planning to use this VPN to access streaming services in other countries, keep in mind that it only unblocks the United States, Germany and Japan (just so there are no unpleasant surprises).

Among all of these VPN services, which one is your favorite?