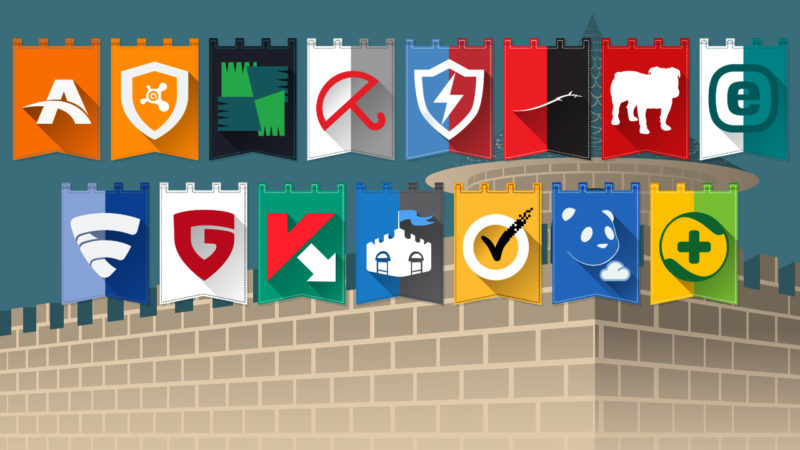 Online shopping is not without risks. Every time you’re out there on the internet, you’re putting your data at risk if you don’t have good security measures in place. You really should start protecting yourself. It’s not hard! Here are our recommendations for reducing online threats that can get in the way when you’re shopping online.

Avast FREE DOWNLOAD
Avast Free Antivirus 2017 offers protection against malware and viruses without slowing down your computer. You can use it on your PC or mobile device, and it's also effective for businesses large and small. Instead of processing and analyzing using your computer and processor power, the hard work is done on the cloud.
Kaspersky Anti-Virus DOWNLOAD
Kaspersky Anti-Virus intercepts, blocks and removes viruses, worms, trojans, spyware, keyloggers, rootkits and other types of malware.
Hotspot Shield FREE DOWNLOAD
Hotspot Shield is a free program that allows you to secure your connection while surfing WiFi hotspots and to access sites not normally available outside of the USA, like Hulu and Pandora.
Panda Free Antivirus FREE DOWNLOAD
Panda Free Antivirus is an excellent lightweight antivirus program that takes care of your system without using lots of system resources or having nagging pop ups all the time.
ESET NOD32 Antivirus DOWNLOAD
A reference that's virtually unchallenged in security software, ESET NOD32 Antivirus is one of the most reliable and efficient anti-viruses on the market. Its detection method of threats relies on both an advanced heuristic analysis (detecting and rejecting dangerous or unknown behaviors) and a database of virus signatures which is updated daily.
360 Total Security FREE DOWNLOAD
360 Total Security is one of the most complete and effective free antivirus programs available, and will protect you from the majority of threats you might face online. The antivirus uses five antivirus engines, including 360 Cloud Engine, CVMII, Avira, and Bitdefender. Scanning your PC for threats is quick, and we were impressed by its attention to detail. For example, if removing a detected threat requires a PC restart, 360 Total Security will tell you.
Norton Security Premium DOWNLOAD
Norton Security Premium is a reliable security suite for your PC, with a powerful engine, firewall, an Identity Safe feature, and usability of the highest level. This release does not revolutionize the product, but it does optimize several features.
Avira Free Antivirus FREE DOWNLOAD
Avira Free Antivirus is a free anti-malware, anti-ransomware and anti-virus program for Windows devices. It is a light security program that is easy to install and does not require a great deal of CPU (Central Processing Unit) power. The program protects your computer from spyware, worms, Trojans and viruses.
McAfee Total Protection DOWNLOAD
McAfee Total Protection helps to block malware and malicious downloads, and it scans your computer or mobile device to search out viruses and malware. Once the unwanted software is located, the program will quarantine it and either remove it right away or ask your permission to remove it if there is some doubt over the suspicious program's use, location or reputation.
Bitdefender Internet Security 2018 DOWNLOAD
BitDefender Internet Security is a comprehensive security suite that protects your computer from even the latest viruses and spyware, keeps spam away from your email inbox and provides you with the necessary tools to keep your privacy safe.