Top 10 Episodes of The Simpsons

30. There are no less than 30 seasons of The Simpsons available on the recently launched Disney+. That means hundreds and hundreds of episodes. We know your time is precious, and you probably want to watch quite a few things from the catalog of movies and series on this streaming platform, so here’s our ranking of the top 10 episodes of The Simpsons. 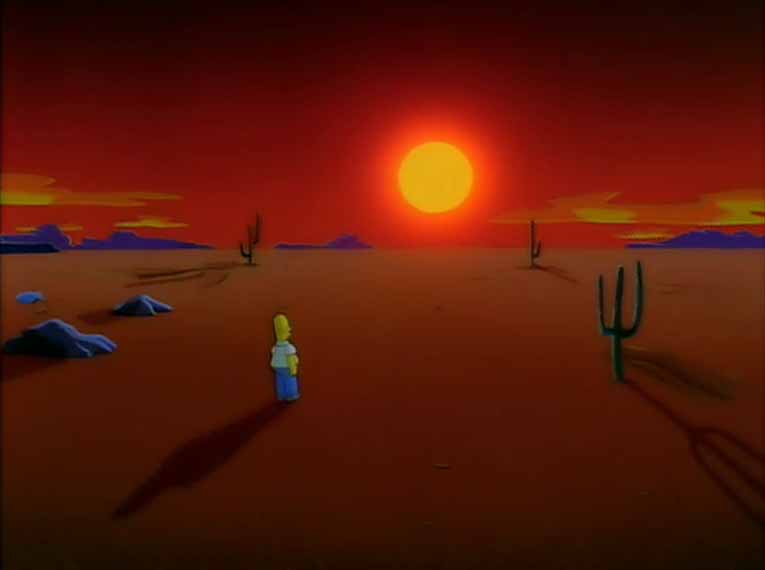 After bingeing on chili peppers, Homer takes a delusional trip to a sort of spiritual plane where he’ll discover that Marge may not be his soulmate.

“The Mysterious Voyage of Homer” is a must-see episode for many reasons. On an artistic level, no other episode is so surrealist and masterful. Then we have a great guest star: Johnny Cash as the “Space Coyote.” Oh, and fun moments like Homer eating the mega-hot insanity peppers, or Lisa mistaking her father’s silhouette, illuminated in the skies, for a Batman who has really let himself go. But the highlight of the episode is that it’s still one of the best studies of the relationship between Homer and Marge, which inevitably makes it timeless. 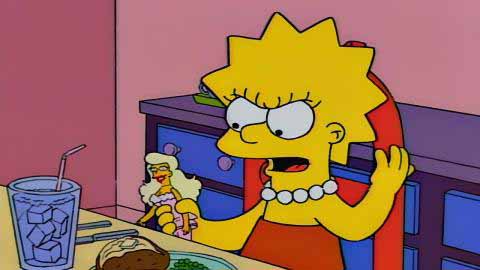 This is an episode that could premiere as-is today, and we would still find it current: Lisa, the liberal outcast of the family, realizes the sexualized image that her favorite doll, Stacy Malibu, transmits to girls her age and decides to lash out at its creators It’s an outright criticism of how consumerism damages our society, and a prophecy of the awakening we had a few years ago regarding the products we purchase and what they instill in us without realizing it.

In this episode, we also discover a hidden facet of Smithers, and Kathleen Turner plays the doll’s original creator. As is often the case with Lisa’s episodes, the ending is bittersweet, and reminds us that victories don’t always have to be epic or overwhelmingly certain. 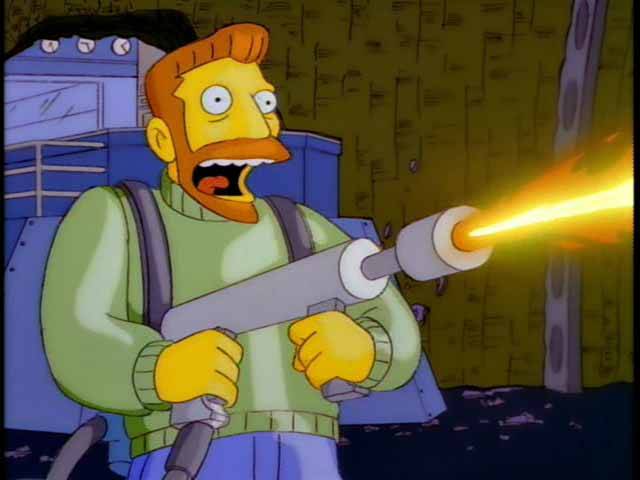 This episode, in which Homer and family move so he can work for a villain straight out of the James Bond movies, has one of the best supporting characters in the series: Hank Scorpio, half good boss, half hopeless megalomaniac. Interestingly, many of us remember Scorpio’s quotes even though he only appears in these 22 minutes.

Everything that happens in the episode is masterful. The secondary plots concerning the rest of the family, all unable to adapt to their new home, are short but extremely well done. The fact that Homer is the only one who doesn’t realize his boss is trying to take over the world is the icing on the cake. Too bad the idea of bringing Hank back as a villain in The Simpsons Movie was ultimately discarded – we miss him! 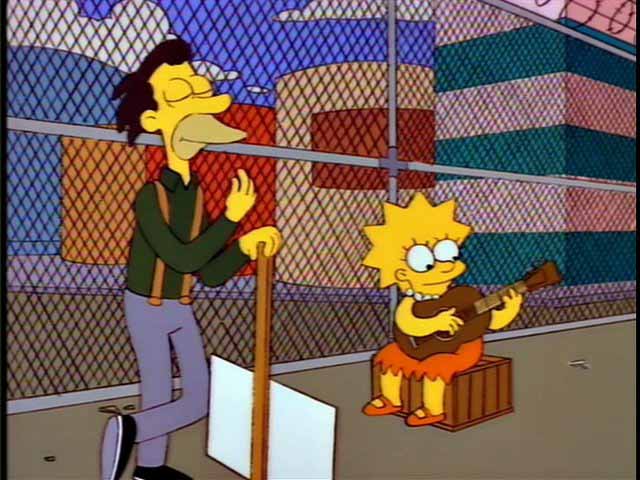 A great episode that reminded us that, behind the crazy adventures that the Simpsons usually have, there is a human family with human problems. When Burns eliminates his workers’ dental plan and it impacts Lisa, Homer moves heaven and earth to recover his insurance. Many episodes have more outlandish objectives, so finding such a mundane conflict takes us by surprise.

Homer’s journey as the leader of a workers’ strike is full of great moments, like Lisa’s song to rally the protestors, and in general, Burns’ great role as the villain. 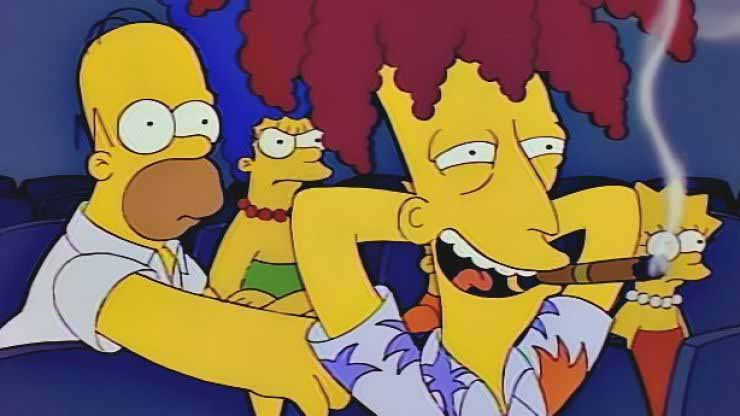 After Sideshow Bob sends Bart death threats, the Simpsons are forced to join the Witness Protection Program and take on a new identity at Terror Lake.

“Cape Feare” is not only the best episode for Sideshow Bob, but virtually every moment in it would rank among the top 50 scenes in the series: Homer’s inability to accept his new identity as Mr. Thompson, Bob’s moment dealing with the rakes, the sequence of musical numbers from H.M.S. Pinafore… We love everything about it. 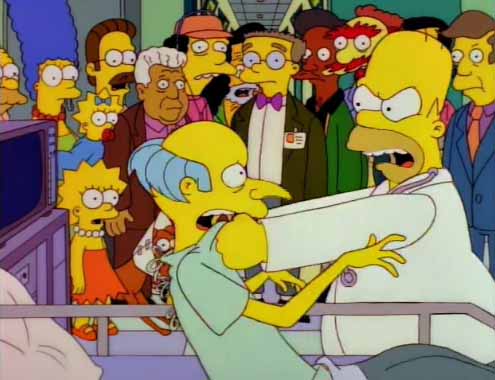 We’re cheating a bit and including two episodes under one heading. But it’s well-deserved this time: “Who Shot Mr. Burns?” is the only non-standalone story in the series. Part One was aired as the Season 6 finale, and everyone spent the whole summer wondering who the murderer was. The answer came in the first episode of Season 7.

Aside from this suspenseful trick, these two episodes are a delight precisely because they masterfully parody other murder and mystery series. There are twists upon twists. False clues that pile up disproportionately. All kinds of suspects. Another highlight is the great dream scene in which Chief Wiggum receives a clue in the style of Agent Cooper from Twin Peaks.

There are many messages and themes under a seemingly simple premise: Lisa’s teacher is out sick, and the little girl falls in love with her substitute teacher. But if we dig a little deeper, we discover that the substitute actually refers to a new father figure Lisa has found, one she unfortunately discovers is much better than Homer.

Although it has its gags and jokes, this episode is more emotional than anything else, and it culminates with the note the teacher leaves for Lisa for when everything goes back to normal. Also, it was one of the first to give us a sad ending, something we weren’t really used to at the time. 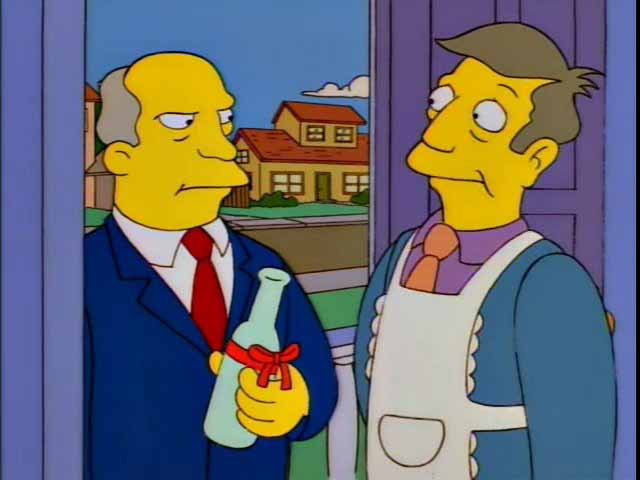 On paper, this episode shouldn’t have worked at all. It’s because we completely abandon the Simpsons (something that hasn’t happened before) to focus on the crazy adventures of its huge cast of supporting characters. Who wants to follow Semour, Cletus or Bumblebee Man? Well, after watching this episode, we are a lot fonder of the residents of Springfield, and in the end, we don’t miss Bart and company so much.

Each supporting character has a moment of glory or reveals an unknown facet of his or her life. But our favorite part has to be those incredible 90 seconds about “steamed hams,” a great scene. Seymour’s attempt to fix his lunch with Superintendent Chalmers is so good that a year or so ago, it became a huge meme online.  By the way, is that the aurora borealis behind you? 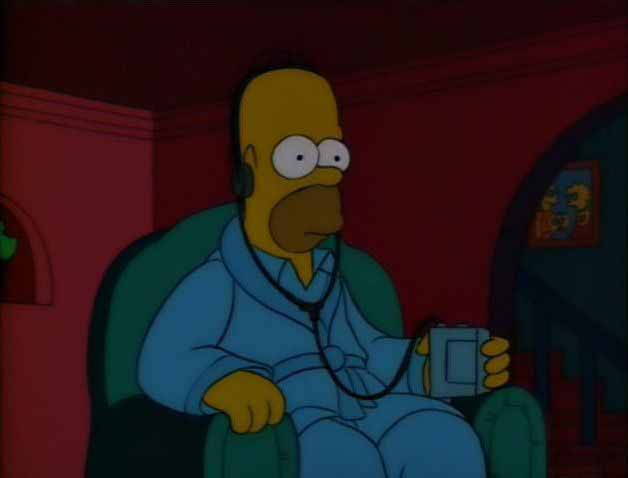 Until this episode, the series made us think that its only purpose was to make us laugh, to give us a good time. “One Fish, Two Fish, Blowfish, Blue Fish” was unexpectedly sad, bittersweet, melancholic, and ultimately tenderhearted. And the premise did the job: Homer inadvertently eats the poisonous part of a fugu fish and has only 24 hours left to live.

Although we all know how it ends, this narrative excuse forces Homer to make a list of all the things he wants to do before he dies. He’ll say goodbye to many loved ones, and will unexpectedly feel a lot closer to them than when he wasn’t thinking of his mortality. Inevitably, this makes us wonder, what would happen if we all acted like Homer when he thought he didn’t have much time left? Maybe the world would be a better and kinder place. 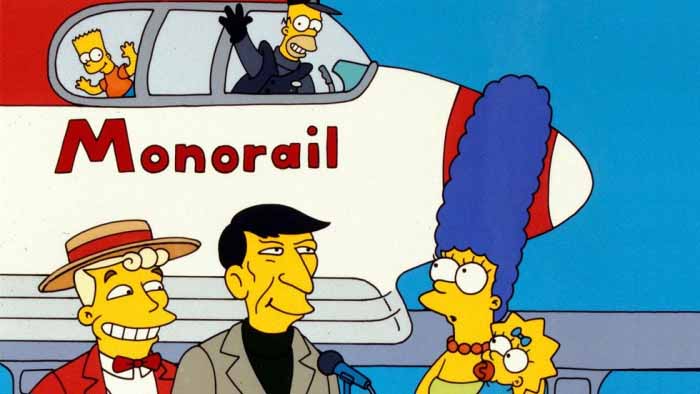 In this episode, a con man called Lyne Lanley comes to Springfield to sell the absurd idea of creating a monorail for the town. While Marge is the only sane person who is suspicious of Lanley’s motives, Homer is hired to be the monorail’s conductor. Add Leonard Nimoy as the guest star, and we have 22 delightfully fun minutes. But this adventure has more substance than it seems.

“Marge vs. the Monorail” was the first episode to break one of the golden rules of the first seasons of The Simpsons. Until then, screenwriters were prohibited from creating situations that strayed too far from reality, even though the series was animated. Conan O’Brien, a screenwriter at the time, broke this rule to create an episode that explores the absurd in the background and in which the residents of Springfield could break into song at any time. It established a new foundation for comedy that’s still alive today.

How to Tame a Horse in Minecraft