Summer’s almost over, and with Fall comes delicious home cooking. For those who can’t cook, we have the top cooking game apps that will help to fill that hole in your heart. 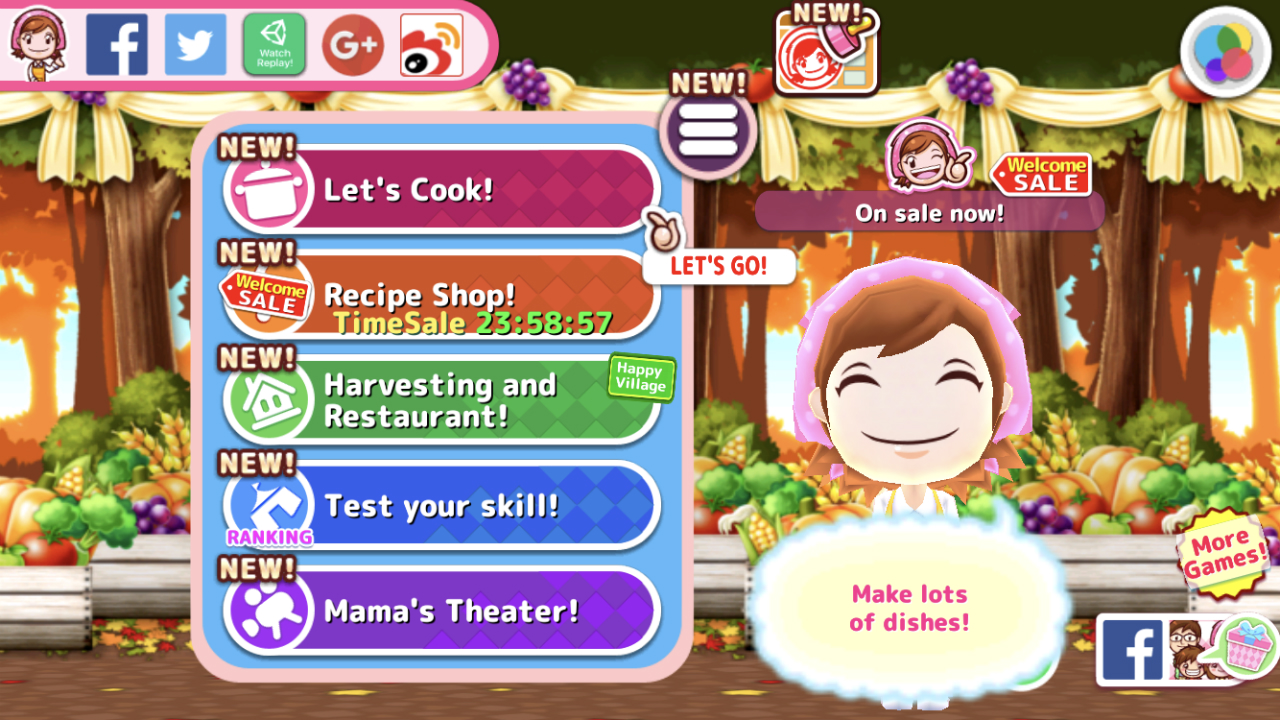 Cooking Mama is familiar to most who like cooking games. You start by playing with the Let’s Cook option, and after you’ve completed your first step-by-step dish, you’re able to build and play in your own restaurant. In order to expand or play with more than the five recipes that you start with, you’ll have to purchase more. Available on iOS and Android. 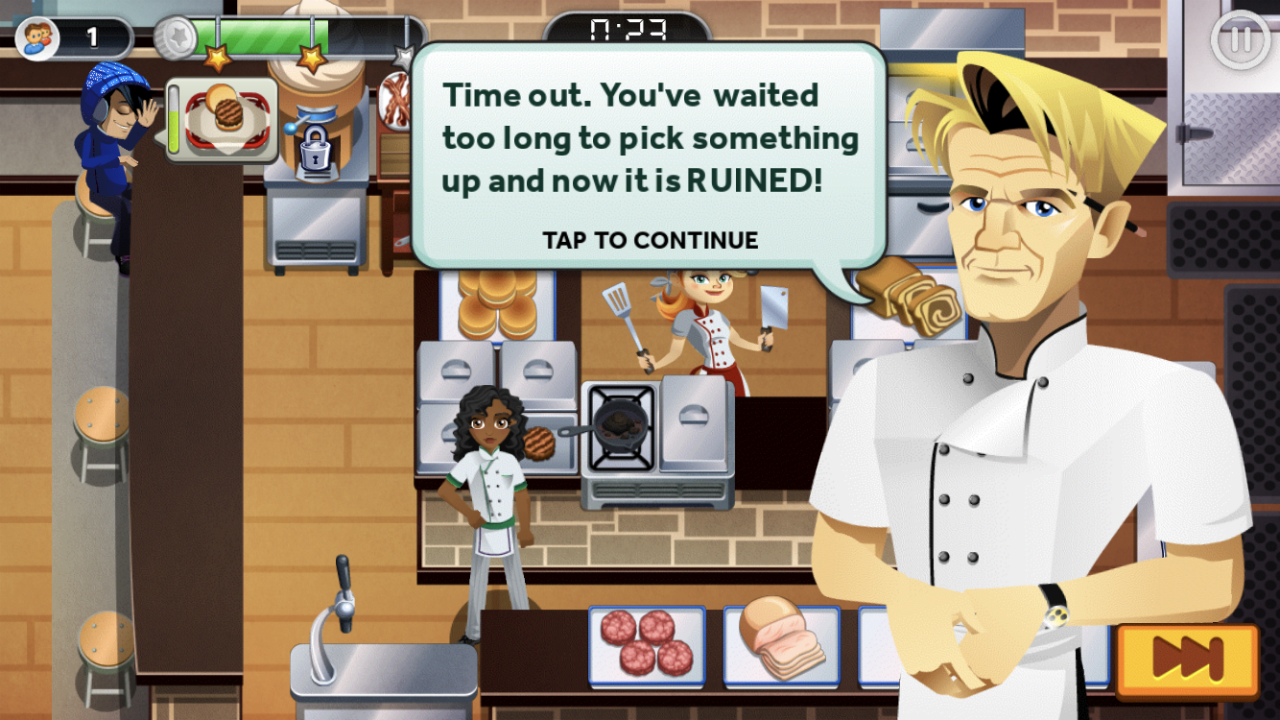 In Restaurant Dash, you’re a contestant on one of Gordon Ramsay’s cooking shows. Narrated by Ramsay himself, you start with American cuisine and prepare ingredients to cook for up to three customers at a time before the timer runs out. Burn an ingredient or fail a level, and you’ll be scolded with one of Ramsay’s infamous burns. Available on iOS and Android. 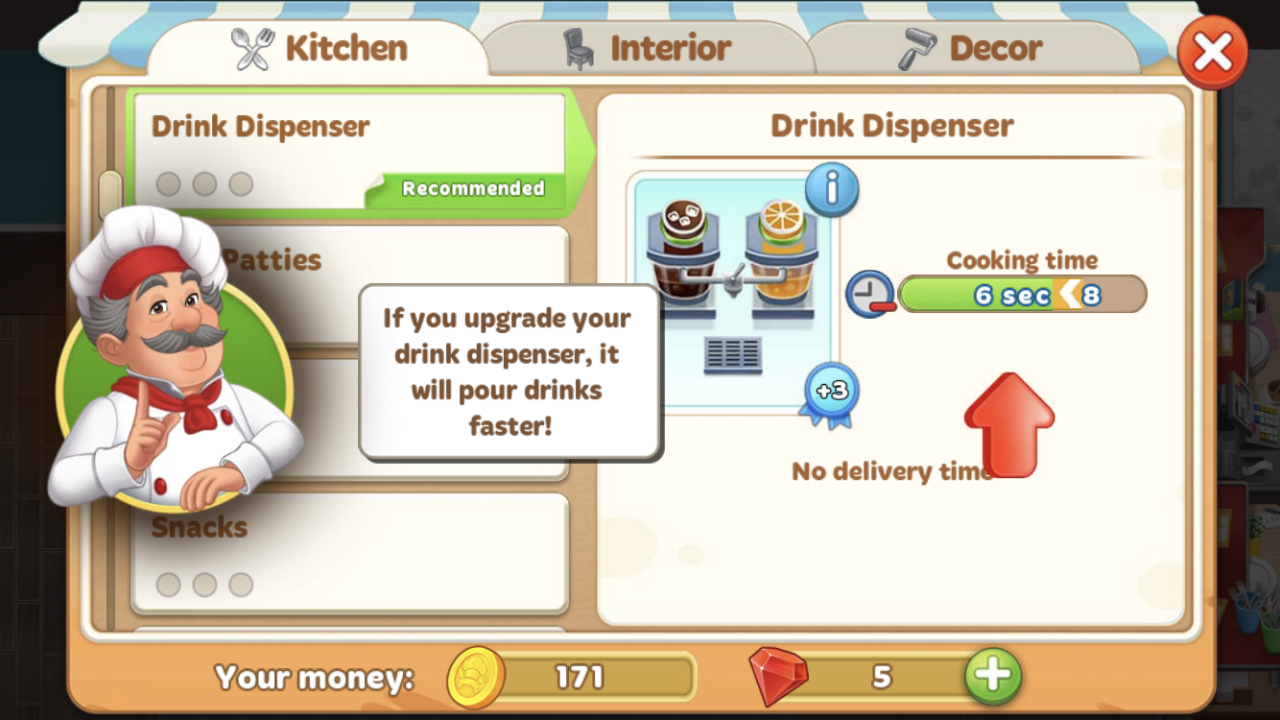 Cooking Diary: Tasty Hills is one of our favorites. What makes it stand out is that you can fully customize your character – a feature that most cooking game apps don’t have. Also, some food items don’t need prepping and never run out. You can hire assistants and increase their prep speed over time, and if you need more than one, the game allows you to join guilds with other online players. In the guild, you can request help and players can join your restaurant and help out for level. Available on iOS and Android. 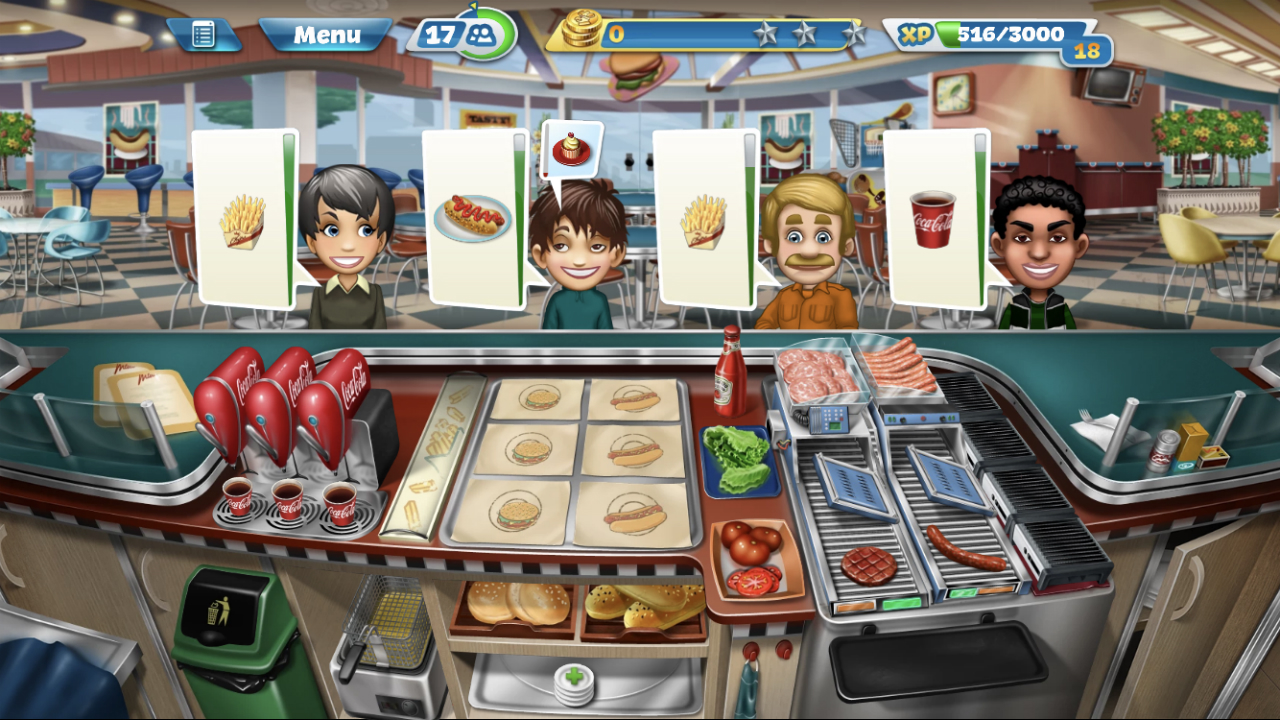 If you love cooking games, you’ll definitely recognize Cooking Fever. It’s a classic, and one of the most difficult once you reach higher levels. It has the widest variety of different cuisines that we’ve seen, and many recipes per restaurant. Newer apps have ditched the drag-to-drop function from the cooking area to the customer, but that feature is what makes this app exciting. Available on iOS and Android.

Now that you’ve seen our favorites, it’s time to get cooking!