You use your smartphone to listen to music, read your email, play games, organize your social life, write shopping lists–you may even use it to call people sometimes. Many people – even most, if you look at certain demographics –  use their phone to some degree in almost every aspect of their lives.

If you’re a woman of childbearing age, why not use it to monitor your fertility? I know, some of you are about to close that tab, but don’t think that fertility tracking doesn’t apply to you. Whether you’re trying to have a baby, or trying to avoid having one, knowing where you are in your cycle can help you plan for either scenario. If you’re trying to get pregnant, you can maximize your chances by having sex when you’re ovulating. If you’re not trying, then you know which days to avoid. Even if a baby isn’t remotely on the horizon, knowing where you are in your cycle can help you make sure everything is working as it should. Lets take a quick look at some of the top– and more importantly, personally recommended– apps in this area. 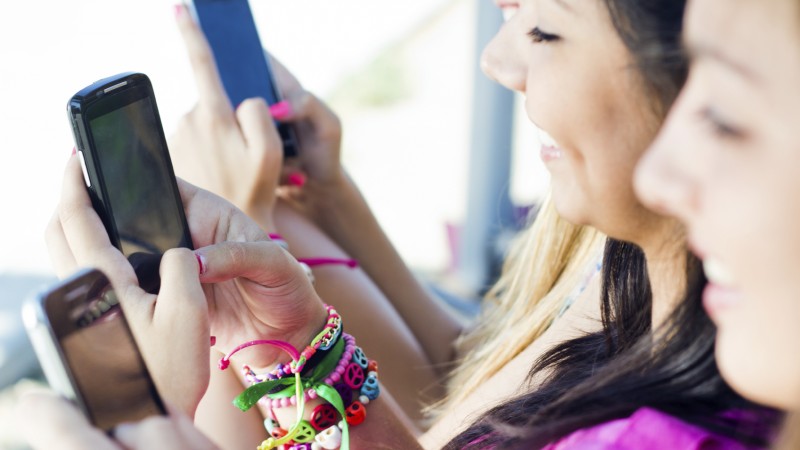 Available for iOS and Android, WomanLog is a classic of the category. It’s been around for ages, the prediction algorithm is accurate, and it tracks all the information a woman could conceivably (no, that wasn’t a pun) need. There’s also a pro version. If you’re just tracking your periods, and not concerned about pregnancy, the free version is probably fine. By upgrading, you’ll be able to add extra details, including the elements needed for various types of family planning.

My Days is another staple, as well as being an app I’ve tried personally. To a certain degree, it’s quite similar to WomanLog, but MyDays has fewer features aimed at pregnancy prevention (or encouragement!). The vast majority of the app’s features are available in the free version, and the pro version really just removes ads and lets you add a password. If you’re not trying for a baby, it’s a great starting point.

Available for Android only, Period Calendar is an exceedingly popular app. Again, it’s very complete and is suitable for women who just want to track their period, or women concerned with pregnancy. One of its most popular features seems to be great options for choosing how you feel, which can be helpful in deciphering patterns, like when you get migraines or cramps. It’s also cuter than average.

Glow is one of the newcomers on the market, and takes a whole new approach to the topic. It has a much more social, community feel, and looks radically different to its competitors. As soon as you open the app, you create an account and tell Glow if you are trying to conceive. It then uses that knowledge to present information that’s relevant to you, rather than giving you the bare information and leaving you to draw your own conclusions. It takes a holistic approach, offering you tips for healthy living and emotional calm, as well as the option to connect to other women who are at the same stage of life as you.

When I started using fertility apps, I tried a few to see what they were about. I settled on WomanLog, but appreciate that many are very similar. Some have passwords, others have more skins, and some let you track more or less factors, but deep down, they’re all pretty much the same. The key is deciding if you’re happy to pay, and then working out which one has the best combination of features for you. Something none of the the traditional apps offer, however, is the wow-factor, or the impression that the developers have done any updates since about 2001. 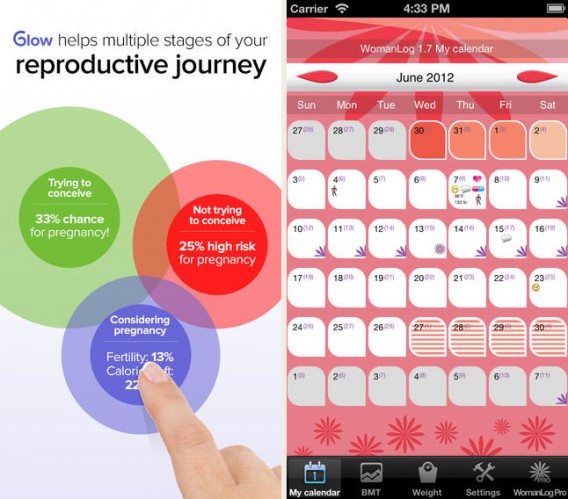 When I saw Glow, I immediately recognized something different. Not only did it claim to use a new type of highly-accurate information on which to base its predictions, it looked completely different, much more modern, and incorporated social aspects. It even has a fascinating crowd-funded fertility treatment plan. In other words, it has that wow factor I was looking for.

On the other hand, when I checked my period tracker this morning, I immediately went back to WomanLog and its blocky pink screen. Why? Glow just feels like it’s trying too hard. It looks great, but the reminders to input information, daily suggestions to call my mother or eat my vegetables, and helpful advice to de-stress by painting my toenails with a friend, are just too much. I have to admit, I was disappointed. When I saw it, I knew it was something special and really wanted it to work for me.

Unfortunately, it’s just not my kind of app. Some types of apps attract innovation. Music players, for example, look vastly different to the ones we saw 10 years ago. If they didn’t, they’d be laughed out of the App Store. Other types clearly don’t, and fertility tracking apps are among them. Glow has taken a first step to change that, and it’s most welcome. Unfortunately, it’s not the step for me.