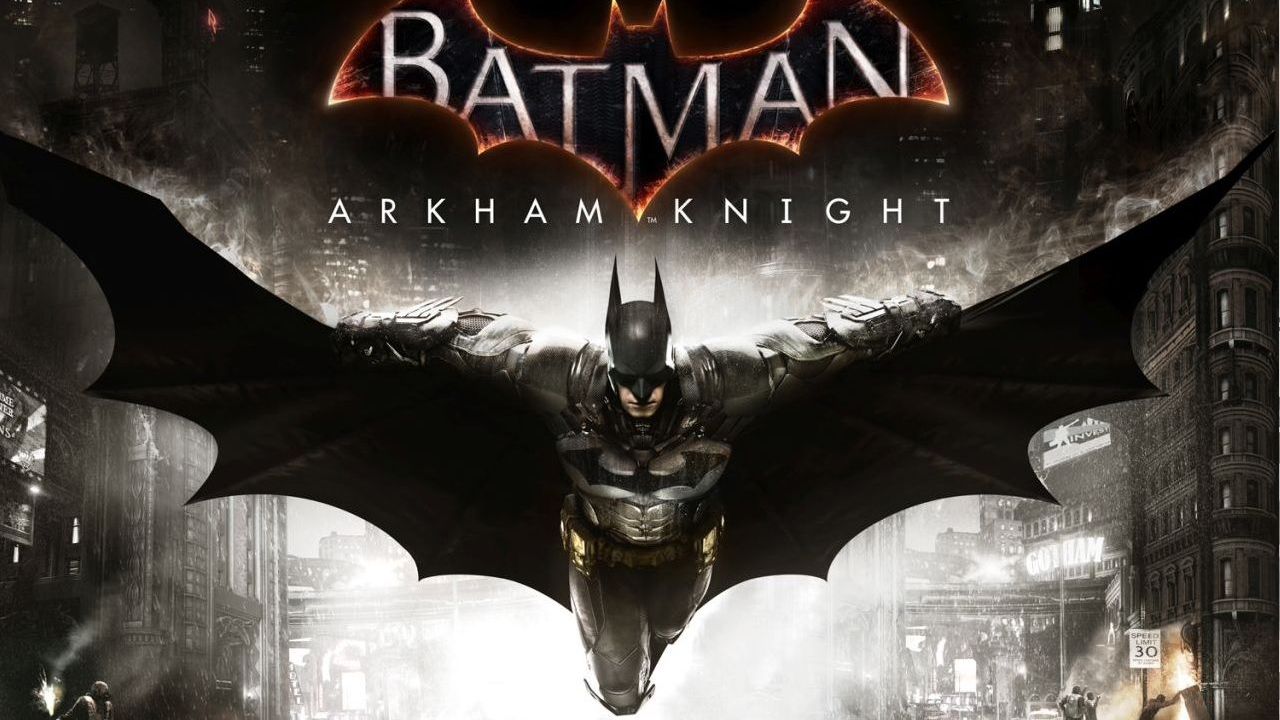 The Arkham saga bids us farewell with a unique installment: Batman accompanied by the best of allies, some super-charismatic villains, backed up by all the power of the new generation of consoles.

Rocksteady, creator of Batman Arkham Asylum and Batman Arkham City returns to the Dark Knight universe to finish what promises to be one of the best trilogies in videogame history. Arkham Knight won’t just be a worthy continuation, it will also herald the arrival of Batman to the new generation of consoles, a visually stunning game with gameplay that will set the bar high for future open-world games.

Rocksteady took three years working on this offering, a period in which Warner Bros decided to create a game in between, Batman Arkham Origins, developed by its headquarters in Montreal. It could have been a disappointment for some, so they wisely opted for a prequel. Closing the saga was an honor left to those who could make it as great as it deserved to be.

Rocksteady promises a land area five times greater than that seen in Arkham City. The map will mainly focus on the center of Gotham, consisting of three islands.

However, it’s not just about size but also about freedom. Sefton Hill, Game Director, explained to Game Informer magazine: “We want to create the largest open world game in history. We want to make an open world that’s more real, vibrant, and dense than has ever been seen before.”

Too ambitious? Perhaps, but Rocksteady’s certainly got all the cards to make a winning move. For starters, the developers use an enhanced version of Unreal Engine which is fully designed for the new generation of consoles, PS4 and Xbox One, and higher-level PCs. This will mean a brutal level of detail in every alley, building, and weather effect you see in Gotham.

To take a few examples: the buildings will be higher, there will be different and recognizable businesses around every corner and despite the city being half deserted, they will be full of life. We know that trouble is never far away in Arkham Knight; there’s always someone who’s itching to to make a killing and there are no shortage of Gotham rebel groups who love to take advantage of the chaos to steal or destroy urban amenities. So don’t be surprised (although you might be a bit alarmed) if you see riots of up to 50 people, something we haven’t seen in the Arkham series to date.

The action in Batman Arkham Knight takes place a year after the end of Batman Arkham City. The Joker, leader of the villains of Gotham, is dead and the city is peaceful. Since there’s little crime in the city, the Dark Knight has little to do, so he’s dedicated the last twelve months to research; designing new devices and suits to prepare for a possible threat…because you never know what might happen.

Good idea, Batman, good idea! Because it turns out that the remaining villains have again joined forces to wreak havoc on Gotham and try to kill Batman again. The first to try is an old acquaintance, the Scarecrow, who starts a plan based on chaos that will soon take over Gotham.

The Scarecrow threatens to launch a fear toxin throughout the city. Faced with this disaster, the authorities, led by Commissioner Gordon, order the evacuation of the entire population, which means that six million people will leave Gotham. With a semi-abandoned city, the Scarecrow and company can do what they wish and, most importantly, they can indulge in their favorite pastime: a macabre game of cat and mouse with the ever-patient Batman.

A parade of old acquaintances

The Scarecrow isn’t the only villain who has been dropped into the game. Other heavyweights like Penguin, Harley Quinn, Riddler, and Two-Face have been confirmed, but for now we don’t know the role each of these bad guys will play in this new Odyssey of the Dark Knight.

When it comes to the good guys, you won’t be be surprised if I tell you that Commissioner Gordon is on our side again, acting as an accomplice to our missions in Gotham. Also along for the ride is Barbara, Commissioner Gordon’s daughter who, unbeknown to her father, has taken on the role of Oracle, our right hand at headquarters, which will give us plenty of information like access points, enemies’ plans, and much more.

But with the Joker dead, who will direct all the chaos on the streets of Gotham? Apparently this role falls to Scarecrow, but it looks like he is only acting on behalf of a new enemy hiding in the shadows. Who could it be? It’s none other than the Knight of Arkham (hence the title of the game), an opponent specially created for the game and for which Rocksteady has collaborated with DC Comics, because, let’s be honest, creating a new villain for Batman is no small thing. We can’t wait to find out more!

As I said, this year of “peace” has helped Batman develop as a hero. Thus, our Batman will have a new suit and improvements to his legendary weapons. Now you can use them all in the air, as well as having more support and better glide with the cape.

His combat skills have also improved, although Rocksteady already had them right. The combat system in the Arkham saga worked fine, so it wasn’t worth making the veteran player dizzy with drastic changes.

New developments in the fight sequences will go through new mechanics, like the ability to use environmental objects as improvised weapons or new combos, but there’s nothing really radical.

These new, but not radical powers hide an ace up their sleeve: Batman’s ultimate ally. No, it’s not Robin, it’s the ever-faithful…Batmobile!

Batman’s car debuts in style in this third installment, presented as a veritable killing machine and the most detailed vehicle we’ve ever seen in a game.

The Batmobile can drive, jump, accelerate, and make incredible turns on its own axis so you can move quickly through the city. In addition, it’s bulletproof and provides the perfect way to eliminate the occasional enemy, either by mowing them down or using the launchers.

The best part is that your Batmobile is always available. Just press a button and the car arrives straight away, no matter where you are.

Although the Batmobile is presented as the ultimate weapon, Rocksteady ensures that you’ll have no shortage of reasons for wanting to use Batman on his own, because often you’ll prefer the lightness and freedom offered by the hero when he’s free from his vehicle. The good thing is, in any case, the choice to use the Batmobile or Batman (either to fight or to move around Gotham) will be yours and yours alone.

A new standard for the next generation?

As far as we can see, everything in Batman Arkham Knight looks superb and has a great finish worthy of the new generation of consoles. Rocksteady has taken the task of bringing us a real PS4 and Xbox One game seriously; it didn’t settle for a cross-gen title like some of the first games that have been released for these consoles.

Slated for release in autumn 2014, Batman Arkham Knight at least allows us to forget the bad taste that Arkham Origins left in our mouths: although entertaining, this offering was far from the level of Rocksteady’s other 2 games in the series.