Summoners War is one of most addictive mobile games out there, with a continually growing fanbase. The game is a collect-a-thon-style gacha that has set itself apart from many others by providing a unique gameplay atmosphere. If you’ve never played this game, or it’s similar counterpart, Might & Magic: Elemental Guardians, then you may find the game difficult and confusing to get into. Ellia will do a good job helping you through the tutorials of the game, but here are some other important hints that she might not include.

Starting monsters and what to do with them 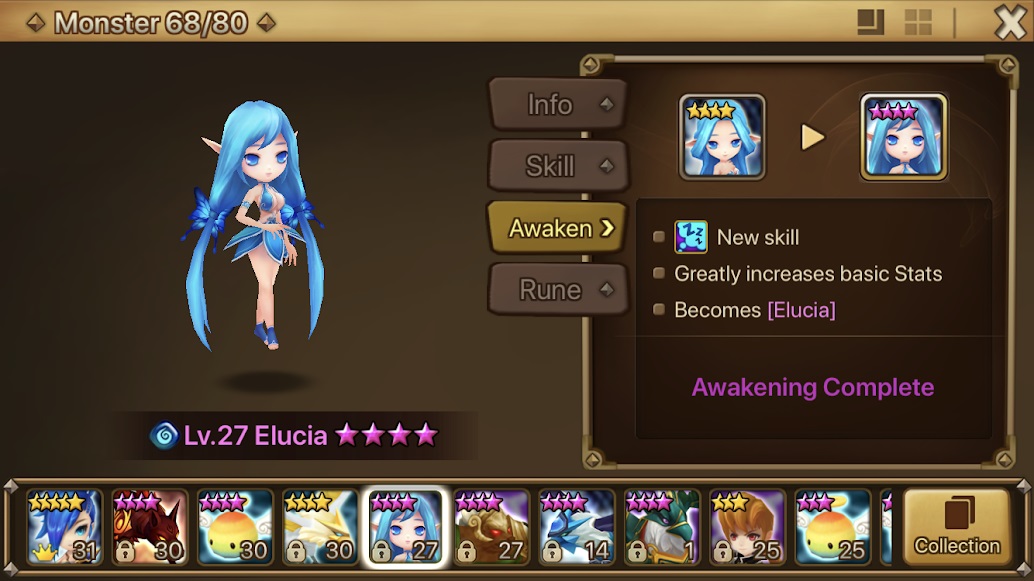 The monsters you receive for free early on are: a fire hellhound, a water fairy, a wind vagabond, a light elven ranger, a light garuda, and a water magic knight. The water magic knight (Lapis) is by far the most powerful and useful of these. Once you receive her, she should be the main one that you focus on using. Be careful about getting rid of any of the rest, however. Besides the fire hellhound (Sieq), these monsters are somewhat rare, so you should hold onto them even if you don’t plan on using them right away. 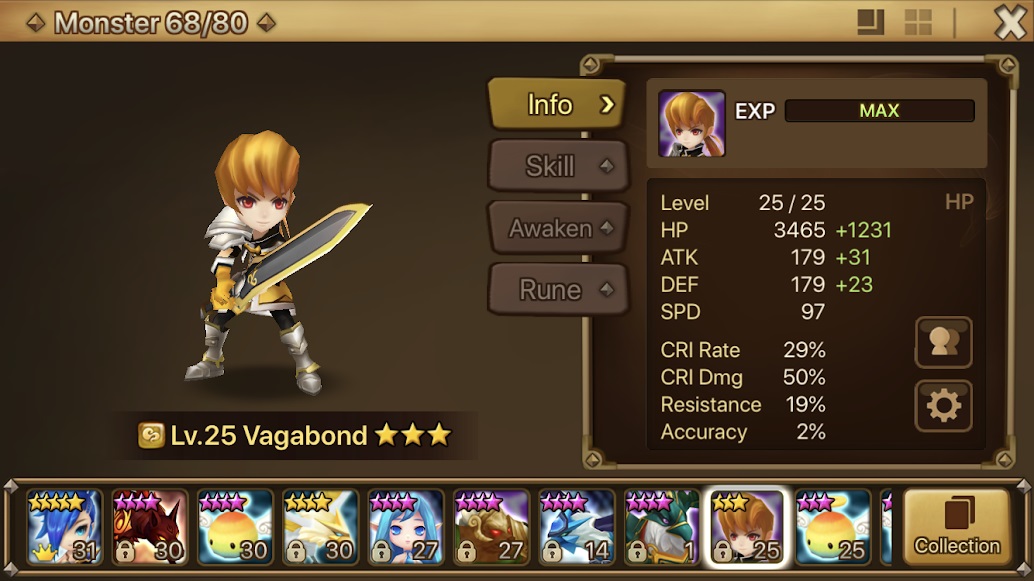 Early on, the water fairy (Elucia), and Sieq will be your main monsters. They are pretty strong, and are easiest to level early since you start with them. In fact, despite being easy to obtain, Sieq is one of the stronger natural 2* units, and is a fine addition to any team. 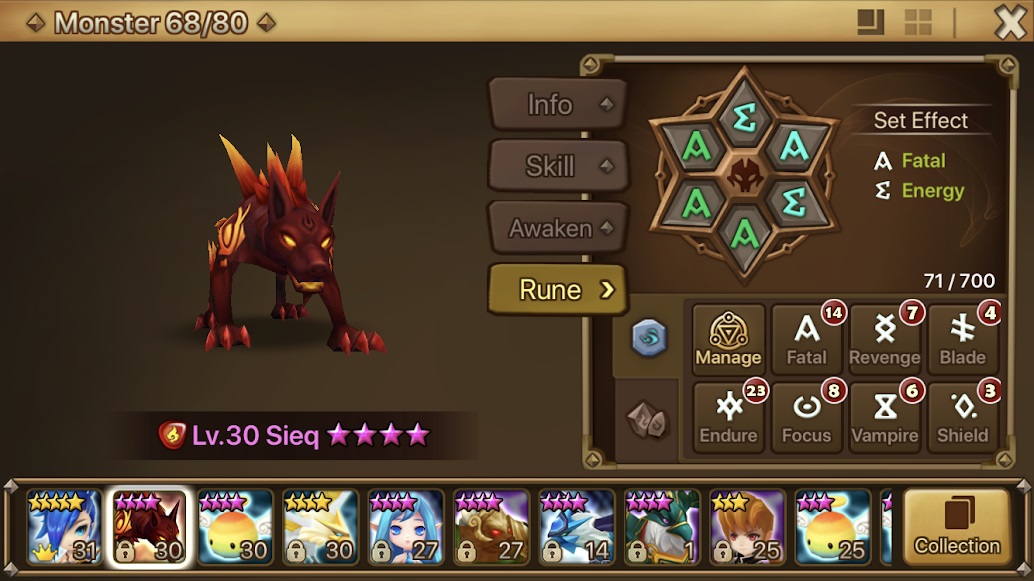 Along with these six, you will also receive a few monsters as first time mission rewards. Notable ones include the water garuda (Konamiya), the wind pixie (Shannon), and the wind griffon (Bernard). All three of these make excellents supports for your party, and are perfect for anyone looking to replace their initial water fairy.

An important thing to note about these early monsters is that it is generally better to focus on maxing a few early in the game, rather than trying to level up multiple to use. This is because you’ll have to level weak monsters for evolution, and this can take a really long time, so if you’re doing it for a large cast of monsters than you’ll end up wasting a lot of your time. We suggest sticking with four early monsters: the water magic knight (Lapis), the light garuda (Teon) the fire hellhound (Sieq), and the wind griffon (Bernard). 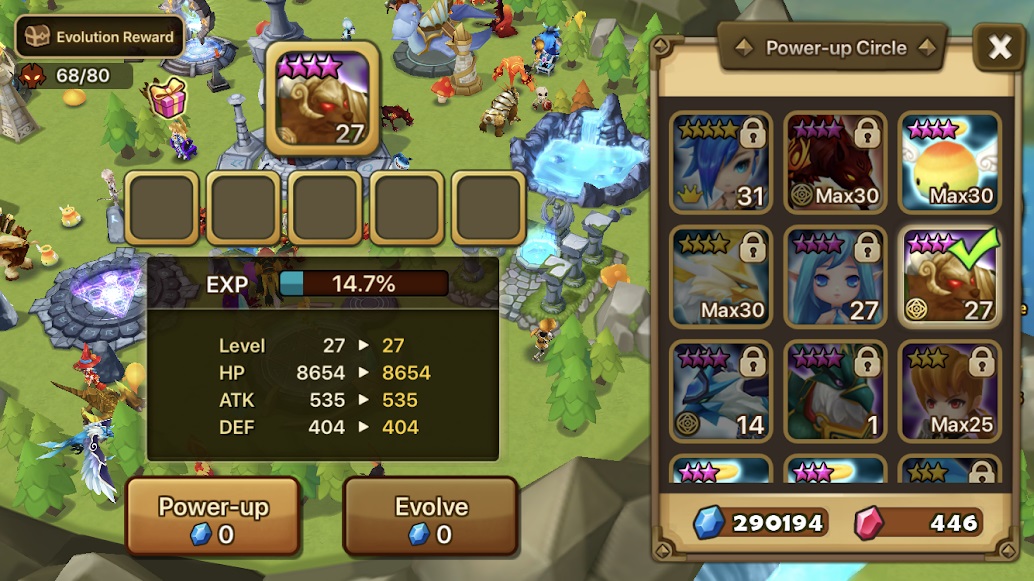 Also be sure to keep at least one of each monsters with the fusion simple (a yellow circle under their portrait). Each of those will be useful later.

Participate in both PVP and PVE

You’ll notice different rewards from whether you fight in the arena or replaying the story missions. Both of these reward types are useful, and you should be doing as much as you can of each to maximize your rewards.

That’s not to say you can’t tailor your team to focus on one combat type at the beginning. If you’re not interested in PVP, you don’t actually have to win battles to receive many of the rewards (including daily missions) from the arena, so just participating in them is worth it. While it’s harder to avoid PVE content, you can still tailor your team to focus more on PVP if you prefer that.

Play as much of the story as you can 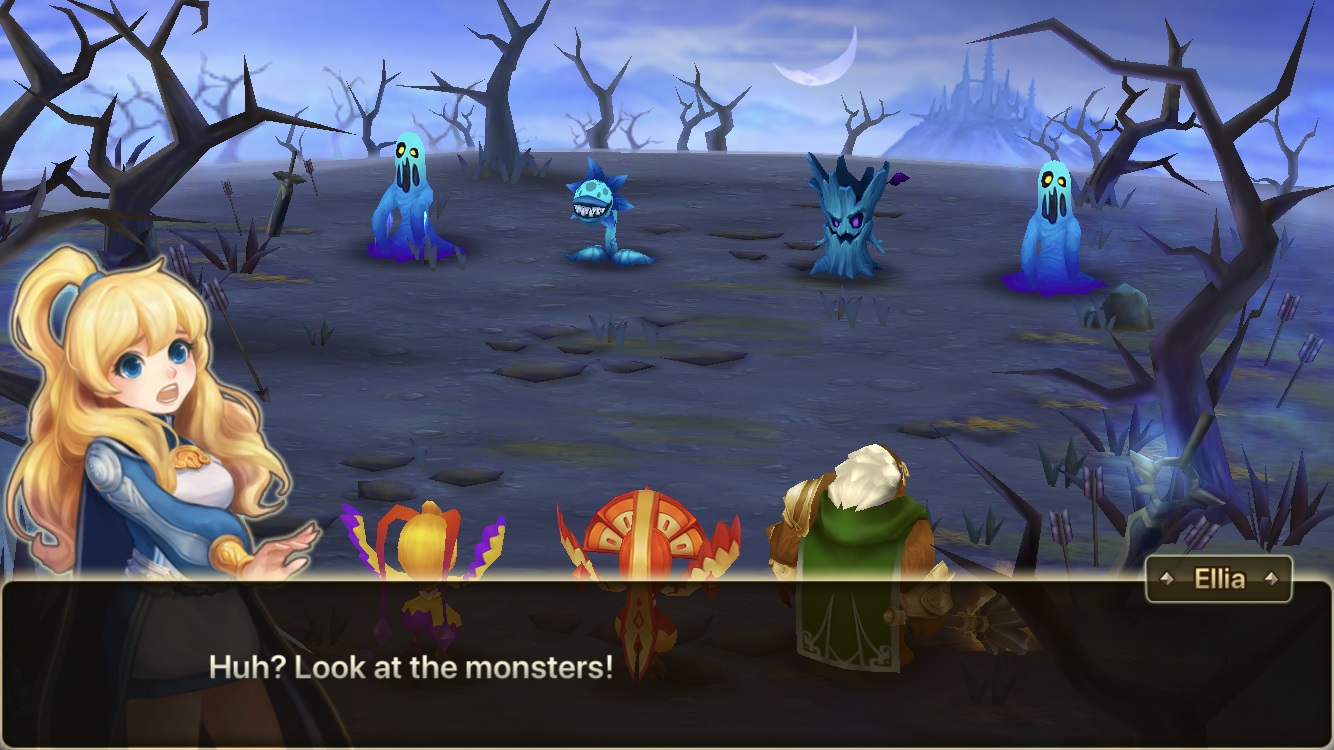 Whether you’re more invested in the PVE or the PVP of this game, you will want to get as far into the story as you can. This is because the story unlocks different maps and activities that are unavailable at the beginning of the game. You won’t be able to get far in any content until you’ve completed a good portion of the story. 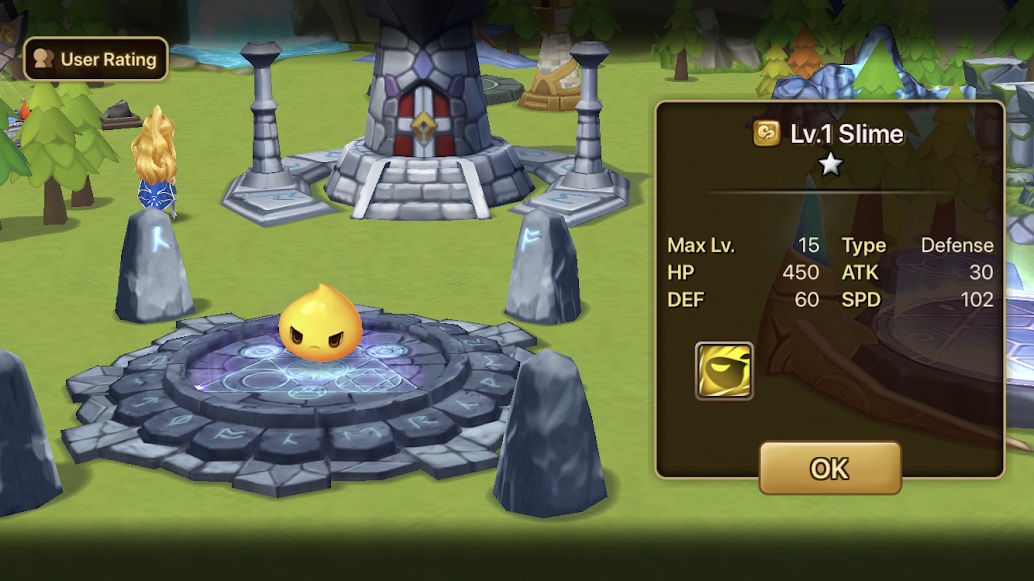 It may not seem this way at first, but runes are really what make your monsters powerful. Particularly runes 2, 4, and 6 typically give percentage bonus stats, which can increase your monsters’ stats exponentially. Be sure to try and power up the runes on your favorite monsters, and awaken them as soon as possible. An awakened monster will have more powerful stats and skills and can help you complete the game much better than a monster that is unawakened. With that in mind, you should be aware that silver monsters are exceptionally weak compared to their gold and purple counterparts, since they can not be awakened. Silver monsters should only be used to level up and evolve your main gold and purple monsters.

Before you can have a strong team in this game, you’re going to need units designed to farm for experience. This is because you have to level up low star monsters to upgrade higher starred ones. Thankfully you’ll be given a water magic knight, Lapis, fairly early that will make an excellent farmer even into late game. 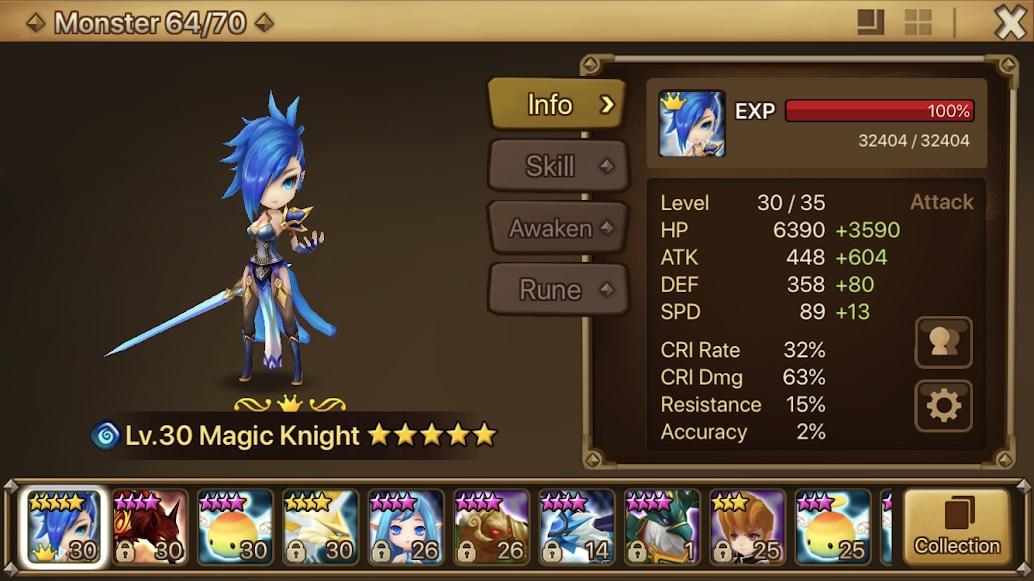 Eventually you’ll want at least one farmer of each element, in order to farm on specific maps, but for now, you should just focus on using Lapis to level your other monsters. What makes her so great is her strong AOE abilities, and the fact that she can heal herself. These are two things that you will want to look for in most of your farmers.

Once you’ve started to level her up a bit, you can take her and three other monsters into a scenario and repeat this until they are fully leveled. This is how you farm. The best early spot to farm with her is in the volcano, since she has an elemental strength against the monsters there.

Build new buildings whenever you can 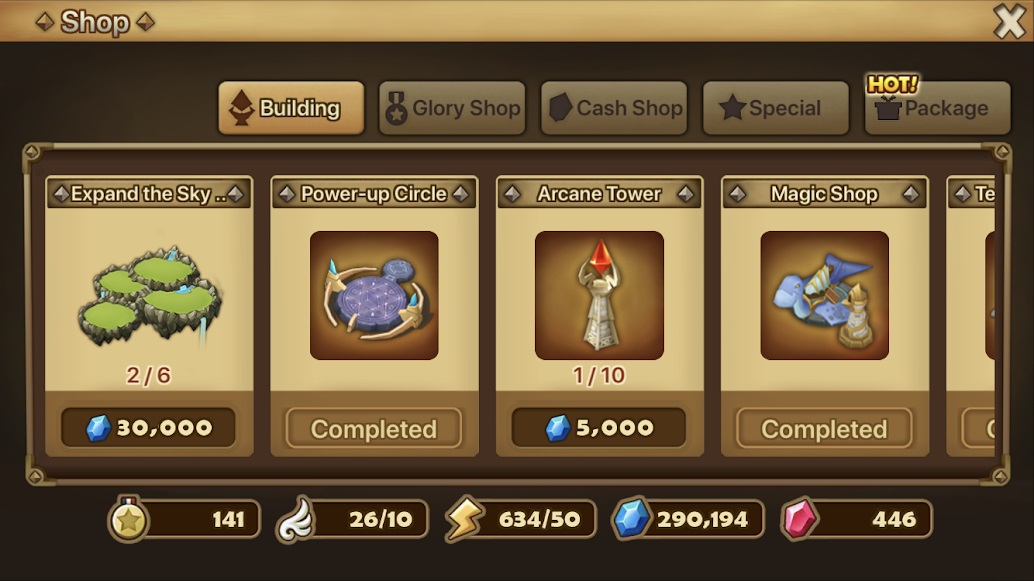 There are significantly more buildings in the game than the few that you start with. These buildings will give different daily rewards and each has their own benefits to using. Make sure to get these as soon as they are available. You probably won’t need to upgrade them much at the beginning (unless Ellia tells you to). But having them will give you rewards that will make the overall game much easier for you. 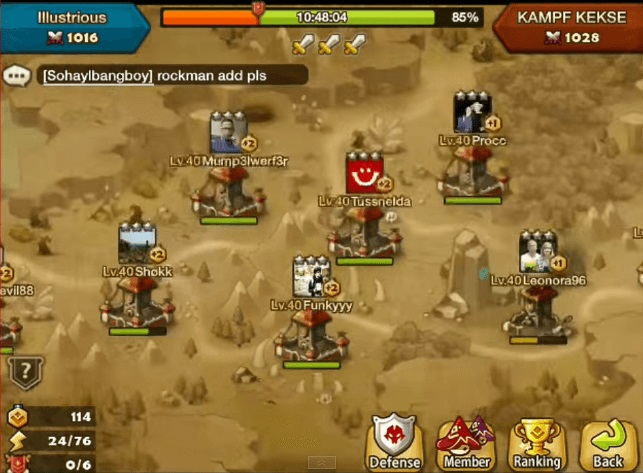 There are three main benefits to making friends and joining a guild. First, by being part of a guild and using mentors in battle, you will get daily rewards that you wouldn’t otherwise be able to do.

Additionally, friends give you points to summon new monsters.

But most importantly, having friends and being part of a guild lets you unlock occasionally dungeons with unique rewards. Friends unlock special dungeons based on the elemental hall open that day (this can let you farm units like light vagabond that may not be normally farmable). Alternatively, guilds unlock their own unique dungeon with unique rewards from participating in these battles.

Be careful when accepting rewards right away

It may be tempting to accept any reward you receive as soon as you can, but there are some benefits to waiting. Firstly, you receive a free two-week exp boost, so avoid accepting any exp boost rewards until this is over. You’ll end up losing out on useful tools. Along with this, you should avoid accepting experience when you can, at least at first. Energy isn’t usually a huge issue in the game, but you will run out of it while farming eventually. If you want to optimize your experience, you should avoid accepting high exp rewards from achievements until you run out of energy. This is because your energy will fully restore upon level up.

(Note: you should always do and accept the rewards for your daily missions regardless of this rule. These missions give great bonuses and are usually tied into events going on in the game).

Don’t be afraid to ask questions 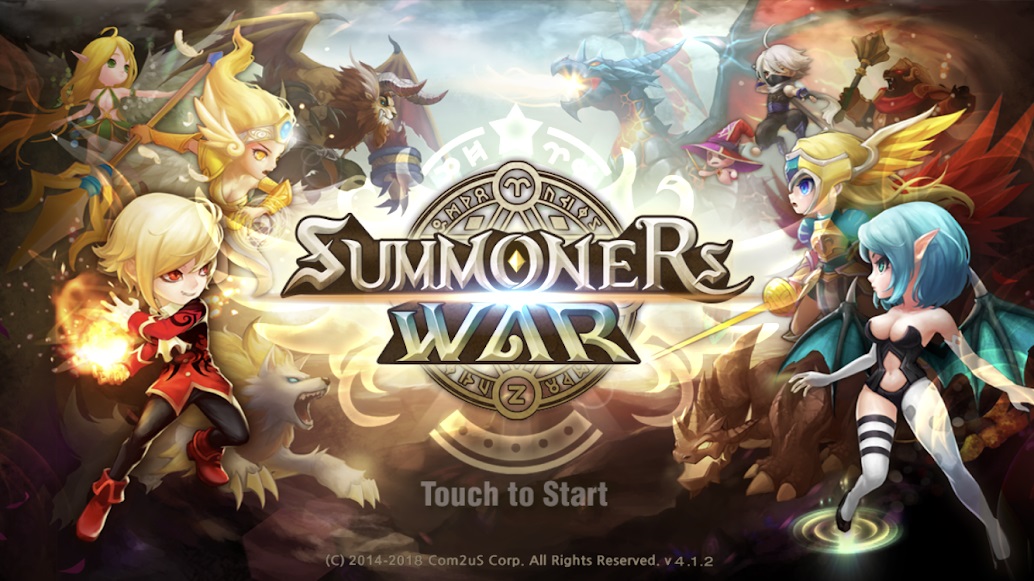 This game is surprisingly more social than you would expect at first glance. There is a continuous chat running, with players on rather frequently. Don’t be afraid to take advantage of this when you have a question. Most people within the community will be more than happy to help you get started!

If you found this helpful, be sure to check out similar guides here on Softonic, to make the most of your mobile gaming experience. Good luck on your mission to become the best summoner!