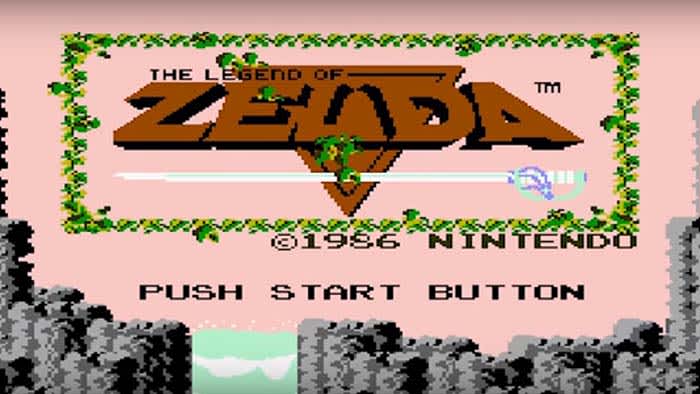 Take a look at any list of the best games on any Nintendo console. For each system, you can expect to see a Zelda game at or near the top of the list.

It’s because Nintendo knows that The Legend of Zelda series is special. Each entry in the franchise is a game-changer in terms of gameplay, puzzle-solving, and graphics.

It’s kinda crazy just how much the first Zelda game was able to cram in that NES cart. Along with a huge amount of power-ups, dungeons, and secrets, the game even had a save feature. Think about that: the Mario franchise (which was Nintendo’s golden child for years) have just as much to cram in its games but didn’t include a save feature.

As popular as the game was when it first came out, it’s still a jam today. There are even a ton of gamers who play the game with various challenges.

If you’re a fan of the franchise, you need to go back to where it all started. The Legend of Zelda is still just as fun today as it was back in the day!

9. The Legend of Zelda: The Minish Cap 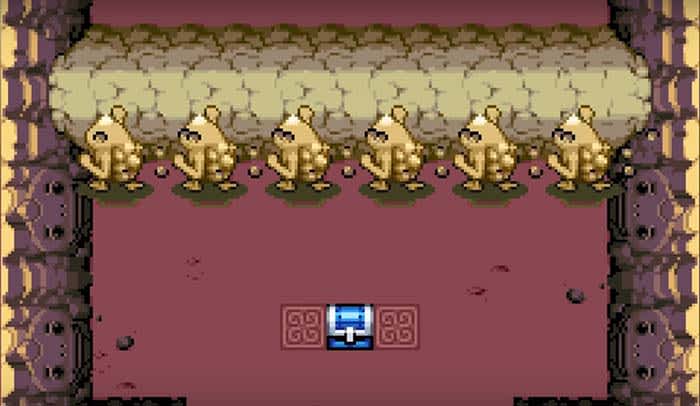 The game takes elements from other Zelda games such as enemies, characters, and power-ups, but it tells a creative story and adds an original mechanic to the series. Link now has to solve puzzles both in his normal size and also while the size of a bug. Sometimes, in order to get to a boss’s weak point, you’ll have to shrink like Ant-Man to get past the armor to its weakness. The shrinking mechanic is a ton of fun. The best parts of the game are just exploring the world in your shrunken state and seeing how you can now interact with the world around you.

8. The Legend of Zelda: A Link Between Worlds

7. The Legend of Zelda: Link’s Awakening 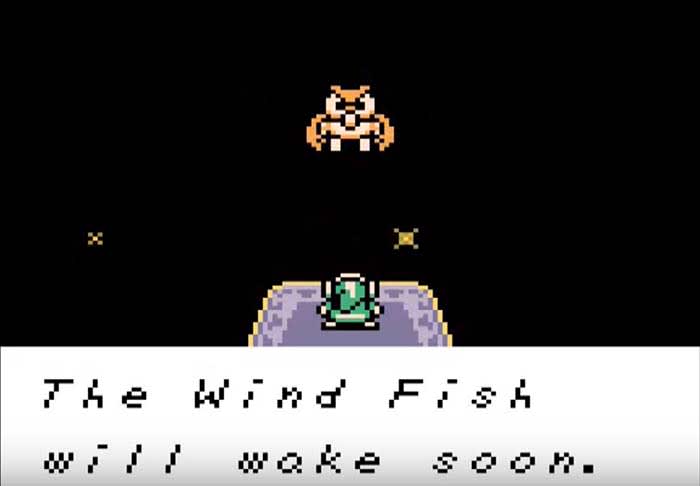 There simply isn’t another Zelda game like Link’s Awakening. It has a story unlike any Zelda game and introduces characters extremely dissimilar from your typical Zelda game.

Link is trapped on an island and is planning his escape. While on the island, the community takes him in and treats him like one of their own. Unfortunately, the island is only an illusion in the mind of a giant flying fish. If that sounds weird it’s only because it is.

Link has to make the choice about whether he should live in this dream world with his new friends, or escape the island to return to his home. This wildly emotional story somehow fits entirely on a small GameBoy cartridge.

6. The Legend of Zelda: Twilight Princess

Let’s go back to E3 2005 really quick when we first saw the trailer for The Legend of Zelda: Twilight Princess.

Oh man, this trailer is still incredible. When this trailer first dropped, fans went ballistic. The internet erupted with speculation about what Link would be facing, why he turned into a wolf, who the children were, and what on Earth was happening to Hyrule.

Unfortunately, Twilight Princess didn’t quite live up to the hype. Him transforming into a wolf was by far the weakest part of the game. The wolf mechanics weren’t as polished as they should have been, and the collecting missions you did while you played as the wolf were insanely boring.

However, beneath all of that, there is still a really good game. Some of the dungeons in this game are the best in the entire franchise. New weapons like the Double Clawshot and the Ball and Chain have become series favorites. Also, the game’s new character Midna is so beloved that fans are begging for her return.

5. The Legend of Zelda: Wind Waker

When we first saw trailers and screenshots of Wind Waker, fans were pretty upset. The more cartoony version of Link just wasn’t what anyone was expecting. The games always had a more adult and serious look, so seeing Link look like a cringey anime character was disheartening.

The hatred was so loud that a lot of fans boycotted the game and refused to buy it. However, those fans missed out on something truly great. Wind Waker has quite possibly the smoothest combat mechanics in all of Zelda. Link works his sword like an artist. It always seems like every time you get hit, there was something you could’ve done to parry it, or to avoid it altogether.

If you can look aside from the artistic choices the game made, you are in for one of the best games in the franchise.

4. The Legend of Zelda: A Link to the Past 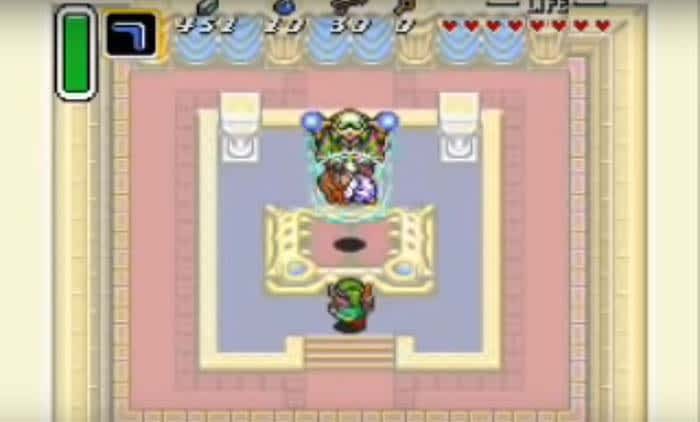 No, we don’t think Link to the Past is the best Zelda game. We don’t even think it should make the top three. However, it is still a darn good game.

In many ways, Link to the Past set the framework for every game to come. At first, you think that the game is going to be relatively short. After beating only three dungeons, you go toe-to-toe with the game’s main villain. However, you then discover that you aren’t even close to being done. You now have to rescue seven maidens (one of which is Zelda) from being trapped in the Dark World, and then face the game’s true final boss, Ganon. No other Zelda game had that same shift in tone. However, so many other Zelda titles have followed that same formula since: (Ocarina of Time, Twilight Princess, Wind Waker, and Skyward Sword just to name a few).

Link to the past is an incredible game. However, it missed the top three by just a hair.

3. The Legend of Zelda: Majora’s Mask

It’s so weird but Majora’s Mask feels both dead and alive at the same time. The game takes place in this extremely somber world where all of the characters are facing certain doom. There aren’t a lot of happy moments. Instead, there is an over-arching feeling of dread encroaching on this world. However, everyone still goes about their day like everything is normal.

The game runs on a schedule where everyone makes their in-game appointments. You always know that the Goron is going to make a reservation at a certain time, you know that there is a wedding scheduled mere minutes before doomsday, and you know that aliens are going to invade a farm at night!

The game is made with all of the same bones of Ocarina of Time, so sometimes it feels like you’re playing a really good ROM Hack. However, the completely original story, mechanics, and gameplay make for a truly refreshing game.

2. The Legend of Zelda: Breath of the Wild

Breath of the Wild isn’t just a Zelda game; it’s a celebration of Zelda. It takes pieces of core Zelda traditions and turns them into a masterpiece. There are only four main dungeons (minus the DLC), as well as a final battle in a castle filled with booby traps and easter eggs.

The game is centered on exploration and charting your own course. You decide the order in which you take down the dungeons, and you decide how you will tackle each obstacle. Do you want the Master Sword? Go get it! Do you want to skip all of the dungeons and go straight to Ganon? It isn’t optimal, but you can do that too!

On top of all of that, there are dozens upon dozens of mini-dungeons in the form of shrines throughout the game. You simply can’t play this game for just an hour. You will only be satisfied if you spend hours upon hours taking this monster apart.

1. The Legend of Zelda: Ocarina of Time 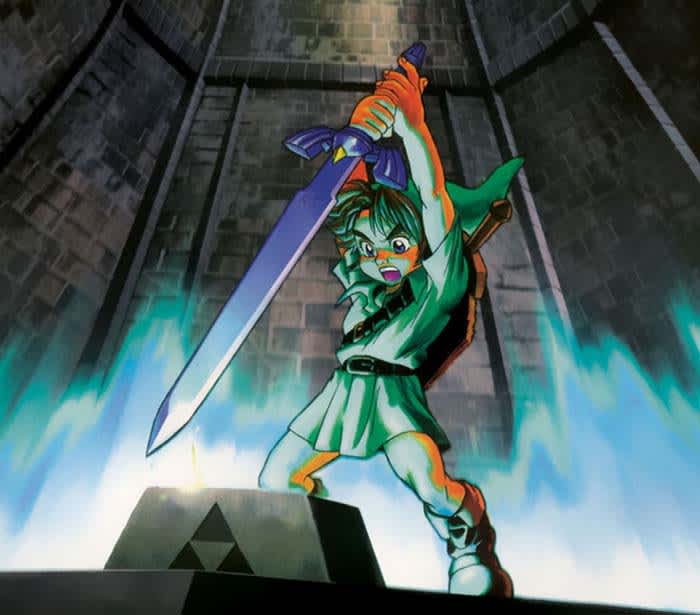 We had to.  There simply isn’t a better game.

Not only can you see the change in the Zelda franchise from before and after Ocarina of Time came out, but you can also see it in the history of video games altogether. This is the type of game that makes other game studios go “What are we even doing with our lives?”

Ocarina of Time is the embodiment of everything that’s great about video games. It is universally loved and adored by gamers everywhere. It’s not just the greatest Zelda game, but it’s also the greatest video game ever created.