Top 5 free puzzle apps that are worth your time 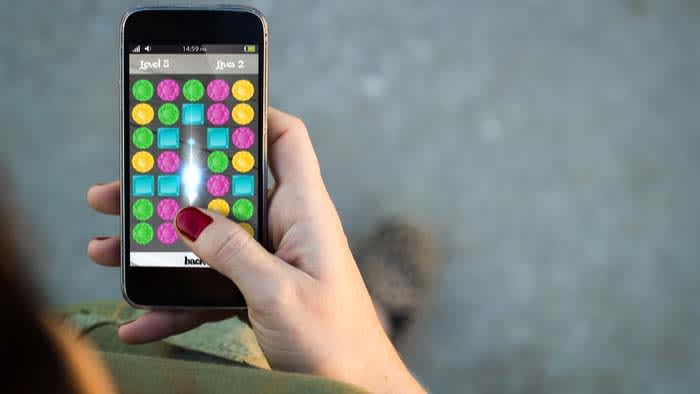 When you’re surfing the web or social media, you’re bombarded by dozens of ads for games. Most of these are hardly worth your time. However, some of them look like they might be worth a download!

We sifted through the swamp of bad games and found these five great puzzle games. If you have a few minutes to kill, these can be a lot of fun.

All of these games are free, but they do have a paid version if you don’t want to see ads. However, the ads aren’t that frequent in comparison to other free mobile games.

Top 5 free puzzle game apps that are worth your time

Slices isn’t worst game on this list, but it is still very addictive. Basically, you have a pie that’s cut into six pieces. You have to make pies out of different pieces, but you only have six tins. Also, slices come in different shapes, and you can’t put the same shape into the same tin.

This will keep you entertaining, and also make you a little hungry.

The reason it ranks so low is because there are instances when you’ll do everything right, but you’ll lose anyway. In the rest of these games, if you are quick enough, and plan ahead, you can keep playing. Slices doesn’t always play that way.

There is an option to pay for a “save” so you don’t lose a round, or you can sometimes watch an ad to get saved. We’d recommend toughing it out, and starting it over since there’s no guarantee that you won’t lose within the next few slices anyway.

Jelly Shift is basically that old game show “Hole in the Wall,” but without the human suffering.

You control a wad of jelly as it travels through an obstacle course. You have to resize yourself in order to clear various hurdles.

Where the game is really fun is the unlockables. Over time, you’ll unlock different skins for your jelly including ones that make it look like an animal.

After a while, this game can get kind of boring as most of the levels just feel like more of the same. However, if you have 10 minutes to kill, this can be a lot of fun.

In the game, you control a bouncing ball as it makes its way down a twisty tower. On each level of the tower there is a patch of area that will cause you to lose. Your goal is to reach the bottom of the tower without hitting any of those patches.

As you progress, the towers get bigger and bigger and get more and more challenging. However, you have a secret weapon. If you build up some momentum and pass through multiple layers without touching the ground, you can become invincible and bust through a layer.

Helix Jump is a lot of fun; just make sure you don’t spend more time playing than you intended.

This is one of the most non-conventional shooting games that you’ll ever find.

In FlipTheGun, you control a gun that propels through the air by firing. You lose if you run out of ammo or if you fall to your demise. you can collect ammo by hitting the lime-green bullets in the air. You can also collect coins which you can use to buy other guns.

Other guns include shotguns, rifles, snipers, lasers, freeze-rays, squirt guns, and even money-cannons. A lot of the fun in this game comes from collecting the different guns to determine which is the best one for you.

Knife Hit has a dumb name, but it’s an awesome concept. You act like an assassin as you throw knives at a target, trying not to clink off other knives. This one will make you feel like John Wick.

The game even has boss fights! You can face off against bosses, and if you win, you get a cool new knife!

What’s your favorite game to play to kill some time? Do you like puzzle games or do you prefer an adventure game? Let us know in the comments below!

How to Screenshot on Chrome