Box Notes is similar to Google Docs and Evernote for real-time collaborative editing and creation of documents. Open in a sign-up beta, Box Notes is still a work-in-progress because it currently only allows for document editing and embeds for photo and video. 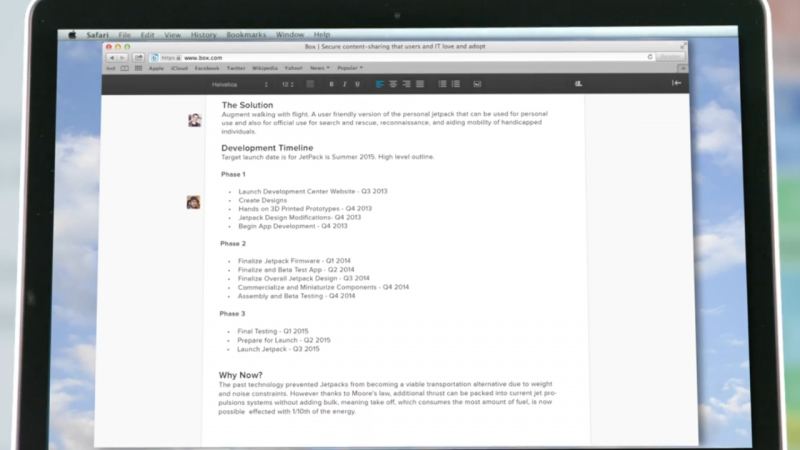 According to The Next Web, the full release of Box Notes won’t release until 2014. Box Notes will only be available on desktop with mobile apps expected in the future as the beta progresses.

Box Notes may be the next evolution of Box Edit, which lets you create and edit files directly in the Box ecosystem for a variety of formats. Instead of creating documents for other services, Box Notes will keep users inside the service.

You can sign up for the Box Notes beta here.

Source: Box Notes, The Next Web