Google unveiled Android Wear at Google I/O 2014 and released the LG G Watch and Samsung Gear Live. Moto 360 released later that summer and was the first round Android Wear smartwatch.

It’s been almost a year since Android Wear’s release and Google has updated the operating system to optimize battery life, fix bugs, and add more functions. The Android Wear 5.1 update will bring Wi-Fi connectivity, custom emoji, and gesture controls to all Android Wear devices, if the feature is supported. 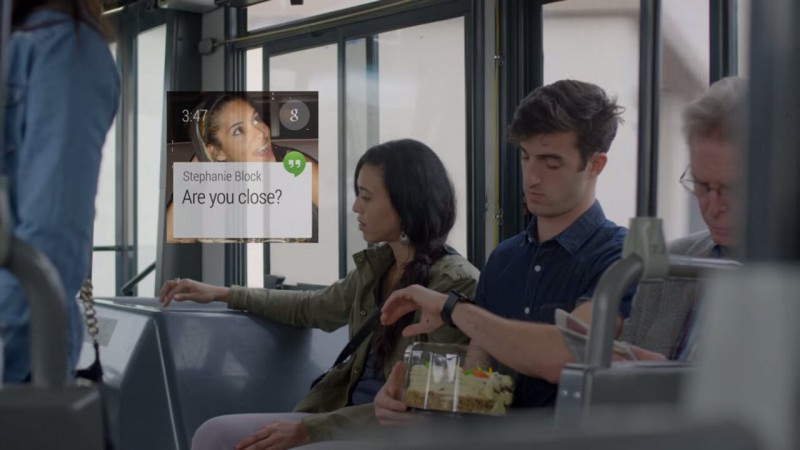 I used Android Wear daily since Google I/O 2014. I’ve taken it on trips to Barcelona, Seoul, Austin, and Toronto. I lived through inconsistent battery life, gotten close to bricking ZenWatch after an Android Wear app update, and forgot that I’m even wearing it.

After almost a year with the Android Wear, is it worth it? 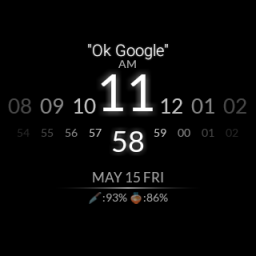 I used LG’s G Watch before upgrading to the Asus ZenWatch. There are small differences between the two but the biggest difference is that the ZenWatch is more responsive. This could be because of G Watch’s age and Asus optimized ZenWatch for a smoother experience. The ZenWatch is the perfect upgrade from G Watch if you like a square display.

When I first got Android Wear, I would use the “always on” screen option. This impacted the battery life on both G Watch and ZenWatch and I would be in the low 40% in the evening. After turning always-on off, I end the day averaging around 60%. But everyone will have a different experience. If you’re constantly using Android Wear or like to customize watch faces, you’ll see it drain faster.

Android Wear smartwatches are getting better with each new device. Combined with Google’s Android Wear operating system updates, the platform is more stable, but you may want to wait for a true second generation watch.

Android Wear’s core function is push notifications, regardless of what manufacturers advertise.

I use my watch to manage seven email accounts, two Twitter accounts, and read Facebook notifications on my personal profile and Facebook Pages Manager. I also use it to read my Hangouts, SMS, and KakaoTalk messages. You can’t act on many notifications, but reading previews lets me dismiss about 80% of the notifications.

Android Wear is great at at receiving vibrating alerts when notifications arrive. At the same time, I have Pushbullet set up to send me notifications for my emails, @mentions on Twitter, Facebook messages, and SMS on my computer. So if I’m at my computer, I’ll get a similar notification to one I get on Android Wear. You could use PushBullet instead of Android Wear if you wanted. 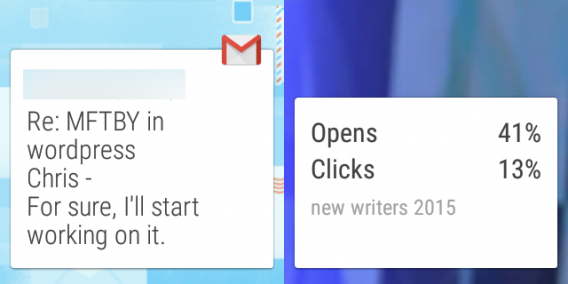 I also own a Nexus 7 and Nexus 9 tablet. Both are media devices for YouTube, Netflix, reading, or playing games. One feature that Android Wear should have is the ability to assign notifications to a specific device since I don’t need notifications on my tablets.

Some apps I use have Android Wear compatibility like MailChimp, which shows a small preview of my recent campaign. It’s a persistent card until I dismiss it. Other apps can also show cards. Amazon delivery notifications display on Android Wear, but they’re not always useful because the notification can arrive hours after the actual delivery. 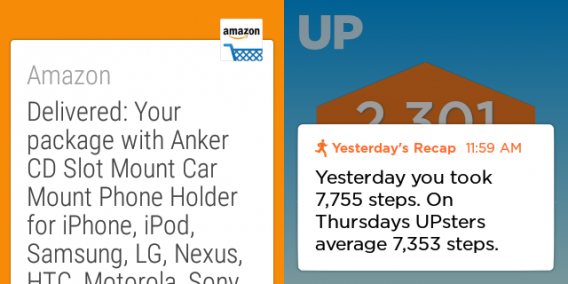 So for my daily use, it’s a nice way to preview notifications from different apps. It saves a few seconds here and there. 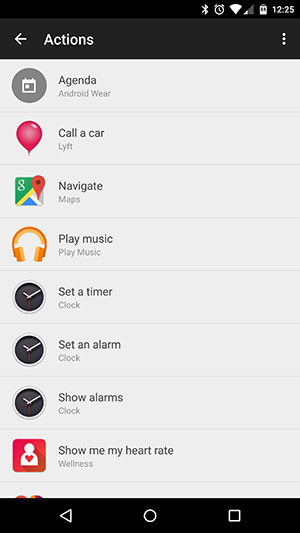 Android Wear also offers other actions. Google Keep can take voice notes, use Google Search to search the internet with your voice, and set reminders.

Uber will notify me when a car is arriving. It’s kind of useful, but I’m usually holding my phone and watching the map to see the car’s location. I tried calling a Lyft in Austin during SXSW 2015 directly through ZenWatch, but it failed to find me a car. I don’t consider that the fault of the app, but Austin’s overloaded network.

I use voice replies to texts when I’m driving and it always works well. I also use voice to play music when I’m driving. I only use Google Play Music so I don’t know how well it works with another app like Spotify. Voice commands like “Play Alkaline Trio” or “Play Yellow Monsters” work no problem, but it doesn’t recognize every artist.

When I get phone calls, Android Wear notifies me. My phone is always on vibrate so when I walk, I miss phone calls a lot which is solved with the device. My watch will display the contact and gives options to swipe to answer or reject the call. It’s great to casually glance at your wrist and ignore a call.

One of Android Wear’s options is to mute the phone when the watch is connected. This mutes sound and vibration for notifications on your phone. Turn it on, it’s wonderful.

But when I’m using navigation for walking directions, Maps on Android Wear vibrates when you get close to a turn. I still look at the watch to know what direction to turn, but it gives me a sense of security that I’m walking the right way.

Maps was really helpful in Barcelona (thanks to pickpockets) when I was walking to the Metro and didn’t have to pull out my phone after midnight. It was even more helpful in Seoul, to find clubs that were down alleys and in the basement of buildings, though Google Maps isn’t as fleshed out as other apps like Naver Maps.

Maps support is one of the best integrations between the phone and smartwatch and I love it when I use it.

Convenient, but you still don’t need one

For all the things I love about Android Wear, it’s not a necessary accessory. It does make things a lot more convenient, but doesn’t drastically change how you interact with apps or your phone. Android Wear creates shortcuts to actions that you normally perform on your phone. While a lot of apps have Android Wear functions, most display information from the phone app.

A lot of people ask what I think of Android Wear when they see me wearing it and my response is: it’s convenient, but you don’t need it.

Which Windows 10 version should I get?