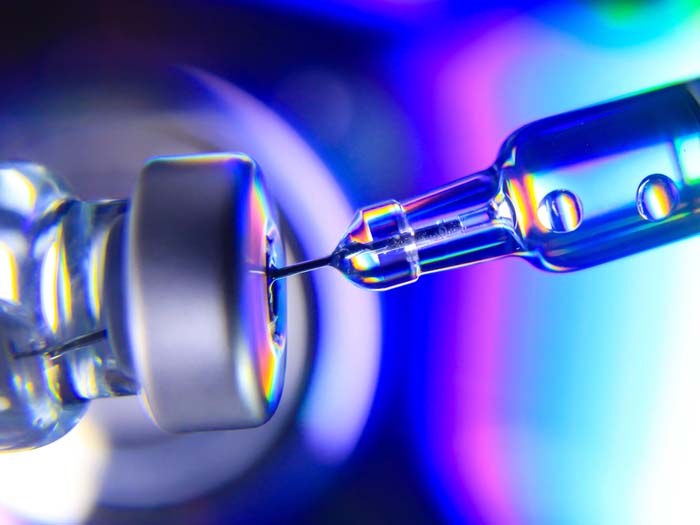 Adding to the growing list of Facebook controversies, the company has been accused of promoting anti-vax groups. Anti-vaxxers are people who ignore the scientifically proven benefits of vaccines by consuming or spreading misinformation, intentionally or not. Through Facebook, anti-vaxxers have found their greatest opportunities to thrive and grow.

On Facebook, users can create groups around pretty much any topic they want. The admins and moderators of these groups can choose to make the group open (allowing anyone to join), closed (allowing only approved members to join), or secret (the group can only be found when someone inside the group invites you, and you still must get approved).

In closed and secret groups, aspiring members usually have to fill out a questionnaire before they’re allowed to join. If the moderators don’t like someone’s answer, they can decline them from entering the group. The vast majority of anti-vax groups on Facebook are closed, meaning that if moderators feel that someone’s going to enter the group with the intention of debating members or spreading pro-vaccine content, they’ll simply shut the door in their face. This leads anti-vax groups to become echo chambers, where the anti-vax narrative goes unquestioned and is fed into with further misinformation.

It should also be noted that many admins of these groups promote alternative medicine that they sell, encouraging users to buy their snake oil instead of using vaccines. This obvious manipulation, for financial gain or otherwise, takes advantage of people who don’t have the facts.

The World Health Organization named “vaccine hesitancy” one of its top 10 health concerns for 2019. Facebook does not seem to care, as its algorithms promote anti-vax groups and pages when the topic of vaccines is searched (this is presumably due to anti-vax groups having more activity, likes, and posts than pro-vaccine groups). 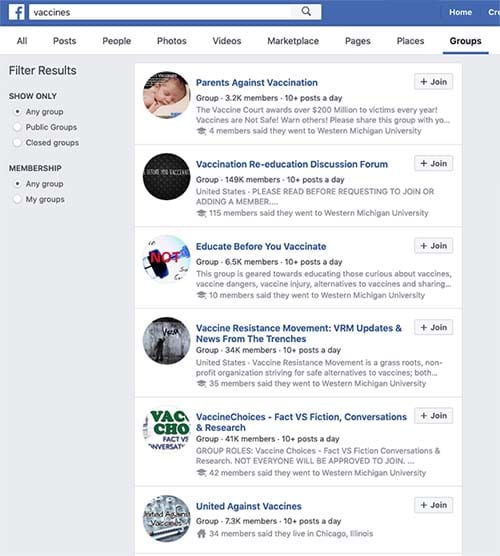 Additionally, Facebook’s targeted ad system sends anti-vax ads to users it identifies as anti-vax, further confirming their biases and keeping them tightly locked in an echo chamber. Facebook has long been criticized for allowing these misinformative ads to flourish, as these anti-vax ads join other harmful targeted ads that promote things like white supremacy and anti-Semitism.  For a company that has vowed since 2016 to remove fake news, bigotry, and intentional misinformation, Facebook has done a remarkably awful job. Controversial content generates a lot of buzz on Facebook, and the company doesn’t appear to care whether that content includes fake information or not, as it brings more activity to the site, which brings more advertising dollars.

In a statement released last week, Facebook said it is “exploring additional measures to best combat the problem.” Measures mentioned in the statement include “reducing or removing this type of content from recommendations, including Groups You Should Join, and demoting it in search results, while also ensuring that higher quality and more authoritative information is available.” Whether or not these are hollow words remains to be seen, but based on Facebook’s track record with promoting blatantly fake news and misinformation, it’s hard to believe they’ll follow through.