With the rising popularity of New Japan Pro-Wrestling in the West, it’s a great time to be a wrestling fan. While fans have grumbled about the WWE for years, NJPW’s increasing western fanbase has breathed new life into the pro-wrestling industry. When it comes to wrestling video games, the only real choice fans have is the WWE2K series, which, while fun games in their own right, are relatively safe and homogenized yearly entries, leaving many fans yearning for some variety. If you’re a NJPW fan, a WWE fan, or even someone with just a passing interest in wrestling, you need to give Fire Pro Wrestling a try. 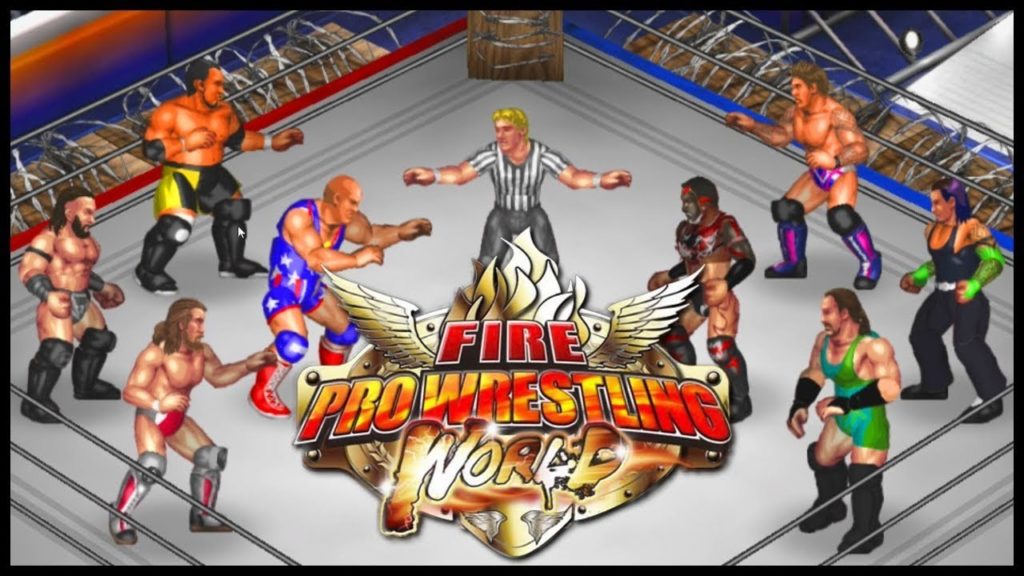 Don’t be put off by the game’s 2-D presentation, Fire Pro Wrestling World is a complete package full of limitless customization and exciting, technical gameplay. 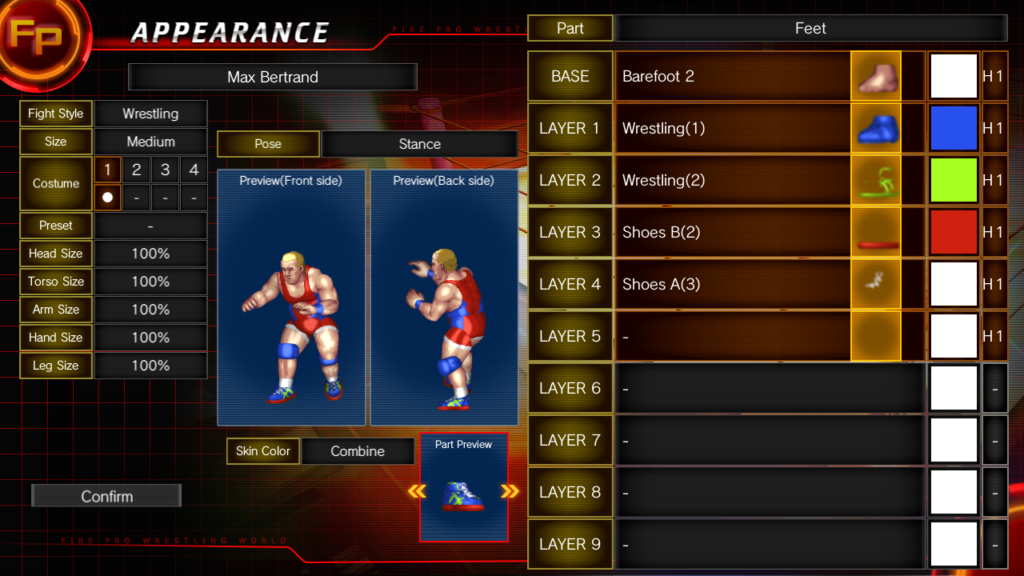 The insane amount of customization offered by Fire Pro is the series’ most celebrated feature. The wrestler creator feature has the most depth out of any character creation mode we’ve ever seen (including Soul Calibur, WWE2K, and Saints Row). You can mix and match hundreds of parts, body types, and clothing options to make kind of wrestler you can dream up. You can layer and color parts as you please, allowing you to create an insane amount of detail for your wrestler.

Beyond their appearance, you can fully customize a wrestler’s moveset, from their basic strikes and grapples to their explosive finishers. You can also put the finishing touch on your wrestler by tweaking their AI. By messing with a wrestler’s AI, you can give them personality and flair. For example, you can make a heel wrestler use illegal strikes when the ref isn’t looking and taunt after every big hit. The AI system is surprisingly simple to use, given the amount of depth that it offers.

In addition to customizing your wrestler, Fire Pro also lets you customize pretty much every other aspect of the wrestling experience. You can create your own rings, and upload any image you want to be used as the mat. You can upload custom music to be played during matches, entrances, and victories. You can design title belts to be used in your dream promotions.

You can even create your own referees (our favorite is Fair Bear, a literal bear in a referee uniform). People who enjoy customizing their games will get a huge kick out of Fire Pro, and Steam Workshop compatibility adds thousands of player-created wrestlers, rings, and promotions to download.

Given the thousands of wrestlers available to download on the Steam Workshop, the roster possibilities are endless. There are hundreds of recreations of famous pro wrestlers, including today’s top talent like John Cena and Kenny Omega, in addition to the superstars of yesterday like Ric Flair and the Ultimate Warrior. Most of these wrestlers were created by super dedicated fans, so they each have painstakingly accurate movesets and AI traits.

Fans of both the WWE and NJPW can mix downloaded/created WWE stars with the official NJPW stars included in the DLC to create impossible dream matchups. Ever wanted to see Okada take on Cena, or Tanahashi fight the Undertaker? The possibilities are all there. Fire Pro also lets you create custom promotions with factions within them, allowing you to simulate real promotions or create your own story.

In addition to real wrestlers, the Steam Workshop features thousands of wrestlers based on fictional characters and real people, allowing you to create some truly hilarious and bizarre matchups. Seeing things like Homer Simpson get RKO’d by Thanos and Bob Ross hurling Mike Tyson out of the ring never gets old. One of the best tag matches we’ve had so far was pitting the cast of “It’s Always Sunny in Philadelphia” against “Seinfeld” (Team Seinfeld won, with Kramer hitting Charlie with an unbreakable submission). If you like games with player-created characters like Soul Calibur or MUGEN then you’ll have a blast with Fire Pro even if you don’t care about real pro wrestling.

Most wrestling games don’t understand the basic appeal of a pro wrestling match. The reason well-done pro wrestling matches are so appealing is that they are scripted affairs that combine theatrics and pacing, which, combined with colorful personalities and storylines, creates an exciting and dramatic match. Most wrestling games just set out to be fighting games, where the player’s objective is simply to beat up and pin the other, without any regard for match pacing or drama. Fire Pro’s gameplay alleviates this by focusing on putting on a good show that resembles a well put together wrestling match.

Strikes and grapples are divided into small, medium, and big attacks. At the beginning of the match, only small attacks are effective against an opponent; attempts at bigger moves like finishers are met with automatic reversals. As the match progresses and each wrestler takes more damage, they become more susceptible to medium and big attacks, simulating the rising stakes and bombastic finishers of an actual pro wrestling match.

The game offers a wide variety of options for each wrestler beyond their moveset of strikes, grapples, and submissions. Players can run into the ropes to use devastating lariats, dropkicks, and more. They can also climb the turnbuckles to unleash high-flying moonsaults and brutal elbow drops. Wrestlers can also fight outside of the ring, where they can sometimes use weapons and other underhanded tactics to gain the edge.

At the end of every match, you’re shown a score based on how much the audience enjoyed it, encouraging players to create dramatic and varied fights. There are plenty of match types for you to play around with, including cage matches, battle royales, and even deathmatches.

For players interested in a story mode, the NJPW DLC allows you to take control of a custom Young Lion in training working their way up to the IWGP Heavyweight Championship. Along the way, the player can allocate points into various stats and attributes, as well as choose their stable and the path their character goes down. This mode has a surprising amount of depth, and is a great merge of Fire Pro’s gameplay and a story-driven wrestling RPG.

Ready to jump in the ring? You can download Fire Pro Wrestling here.

Have you tried Fire Pro Wrestling World? How do you think it compares to WWE2k? Let us know!

Call of Duty Modern Warfare 2: Guide with All modes and best strategies