The waiting is finally over: the first beta of Internet Explorer 9 has launched. After testing several preview versions over the last few months, I’ve been looking forward to this moment. I wanted to see with my own eyes if Internet Explorer 9 is really the revolutionary browser Microsoft wants us to believe. 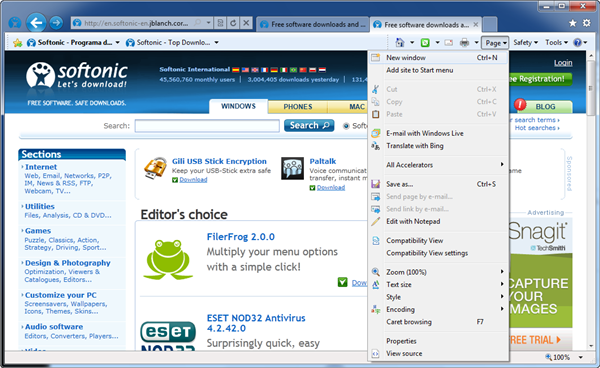 After testing it for a while, I must say this new version does include some great new features, and has improved in many ways, especially when it comes to performance and web standards compliance. Whether this will be enough, only time will tell. As for now, let’s take a look at the new features included in Internet Explorer 9, and how it performs in comparison with other browsers.

The new version of Internet Explorer now lets you pin specific websites to the superbar o the Start menu, for faster access. This makes the toolbar in Windows 7 even more useful. 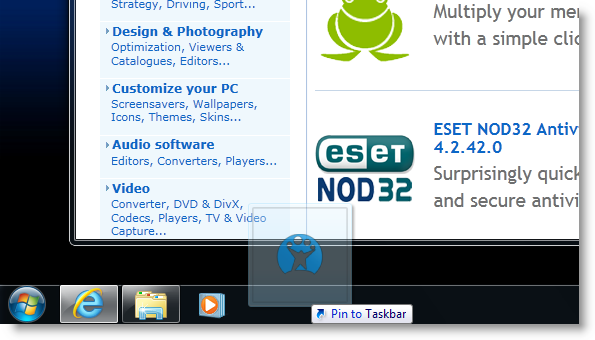 Internet Explorer 9 is prepared to work in close collaboration with websites, as long as they’re optimized for it. You can “install” the website as a program in the program list, see events from the website on the superbar’s icons, and add custom control buttons and Jump list. 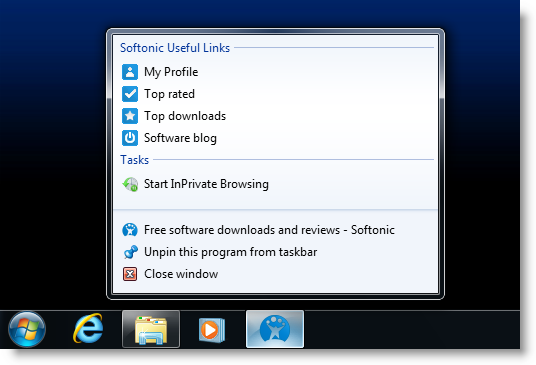 Special web elements like top lists can be embedded into Internet Explorer 9 as Webslices to the Favorites bar. The content in these lists is updated automatically. 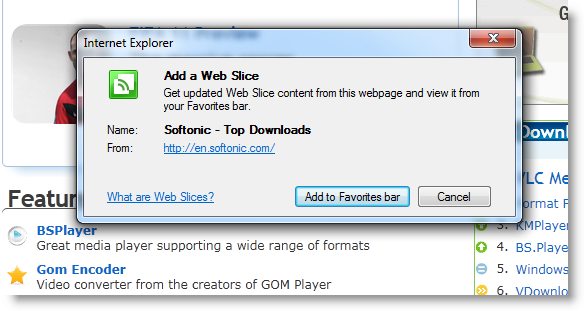 The new Download manager in Internet Explorer 9 finally features a pause/resume functionality. It also has automatic file check, provided you have the SmartScreen feature enabled. 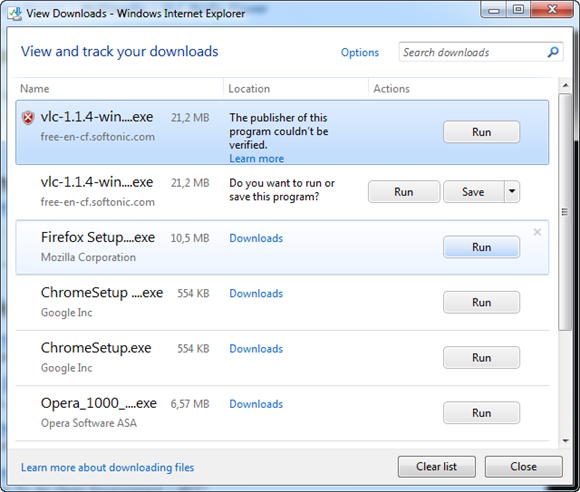 A great little new functionality in Internet Explorer 9 is the so called Hang recovery: if one of your tabs freezes, you’ll still be able to use the other tabs without having to restart the whole browser. Also, the new Add-on Performance Advisor identifies add-ons that may be slowing the browser down.

The address search fields in Internet Explorer 9 have been integrated into one single field: One Box. You can use it to type in an URL, perform a search, go to a Favorite or check your most recent browsing history. 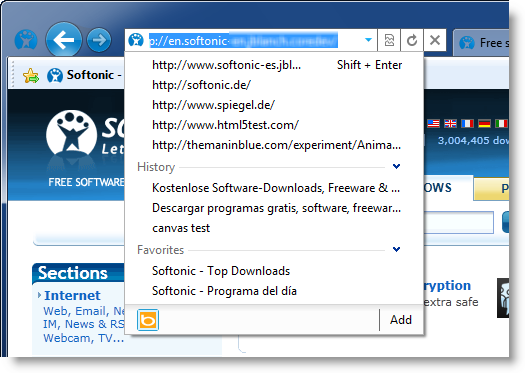 The SmartScreen Security option, which we already saw in Internet Explorer 8, detects and warns you about potentially dangerous websites, and blocks any attempt to launch a phishing attack or download malware. 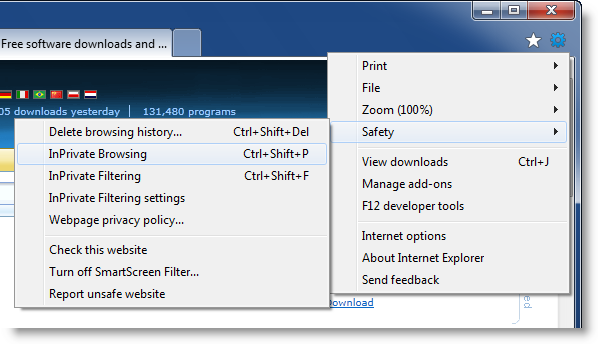 Another feature we already know from the previous version is InPrivate browsing, which enables you to browse the web without leaving any usage traces on your computer. But Internet Explorer 9 includes a new function, InPrivate filtering, which prevents web content providers from accessing information about the websites you visit (and which is usually shared between websites that use the same provider). 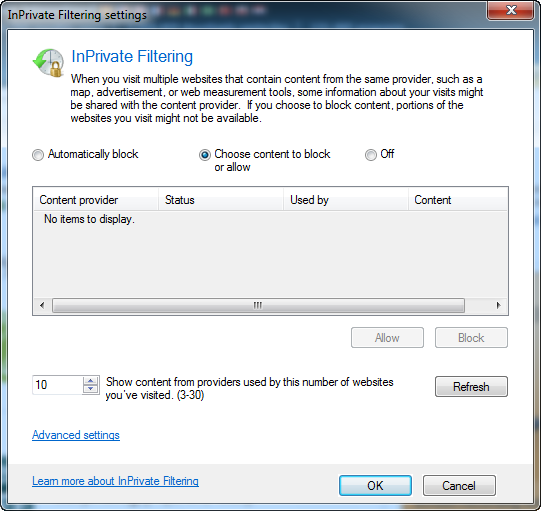 Internet Explorer 9 vs other browsers

We’ve tested Internet Explorer 9 against other browsers in terms of performance, rendering speed and support for web standards. Here are our findings:

The graphics and text rendering in Internet Explorer 9 has been moved from the CPU to the graphics card, and the Javascript engine has been improved as well. Rendering times are much faster, especially on multi-core systems. Javascript performance is definitely better – it even beats Firefox.

Results in the Acid3 show an amazing improvement in compliance with scripting standards when comparing to the previous version of Internet Explorer, but we should keep in mind that they’re still worse than other browsers like Firefox or Chrome. Also, support for HTML5 is finally there (a long overdue feature).

Internet Explorer 9 looks definitely nicer than its previous versions, and is better integrated with Windows than its competitors. The ability to pin websites to the superbar or install them as programs makes them easier to locate, though in the end it may result in having additional bookmarks for the same website. On the other hand, custom webslices and Jumplists with website-based tasks are quite useful. 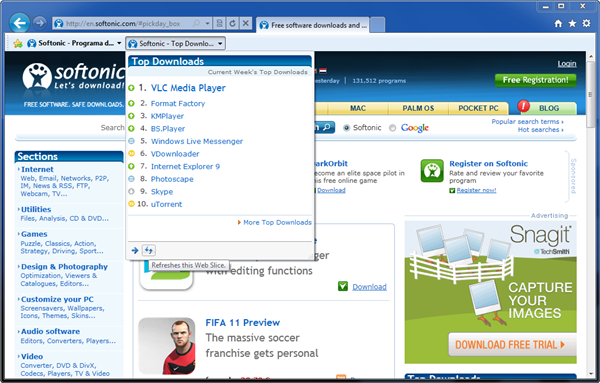 Regarding security, Internet Explorer 9 doesn’t include incredibly powerful features, but the website checks and SmartScreen option will come in pretty handy for not-so-experienced users. InPrivate Browsing doesn’t add anything new to the incognito browsing modes we find in other browsers, but the new InPrivate Filtering is a nice addition. Finally, the long overdue Download manager is far from spectacular, but at least it’s better than the one we had before.

In short, Internet Explorer 9 Beta looks good. It has improved a lot from previous versions – namely version 8 – in terms of performance, speed and support for standards, and includes really handy new features. I love the way it’s embedded into the system, making use of Jumplists and the superbar. It’s also nicely integrated with your favorite websites, as long as they’re optimized for Internet Explorer 9. On the other hand, all of these new features seem to be mainly addressed at the average user, making Microsoft’s new browser – and web browsing in general – easier and safer. I’m sure Internet Explorer 9 will have tons of downloads, but I doubt it’ll be the web browser of choice among more savvy users.

How to Save a Password in Chrome When Not Asked