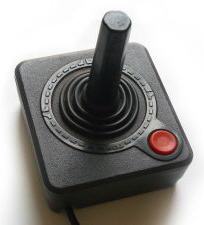 Known for its huge catalogue of classic PC and console classics like Tomb Raider, Space Invaders or Street Fighter, GameTap will also open up to Intel Macs on June 28. This will finally provide the Mac crowd with a worthy games library compared to what PC users already have access to.

How does the service work? After paying a monthly fee, Mac gamers will access games through an “online portal” on the GameTap site which gives access to a line up of games “changed periodically”. In a few months time a “deluxe pay-to-play service” will also be available.

GameTap will use Cider, a new technology which will allow “games made for PCs to run on Intel-based Macs”. Cider has already been adopted by Electronic Arts to bring titles like Madden NFL 08 or Harry Potter and the Order of the Phoenix to Mac this summer. Add to that the possibility of playing classics from Mac, Dreamcast, Saturn and other consoles and suddenly the Mac becomes a really attractive gaming platform. The only real challenge for GameTap will be to get Mac users to pay for classic games instead of using emulators like ZSnes or DOSBox.

How to Get Better at PUBG Mobile in 3 Steps