I’m still not really sure to make of Infinity Blade. I’ve been playing Epic’s new game on my iPad for the last few hours and finding it simply breathtaking.  Happily clubbing ruthless ogres, slicing up warlocks, and generally defending my bloodline – all in high definition cinematic amazingness – I was convinced Infinity Blade was my new favorite iOS game of the year.

However, now my adrenaline levels have returned to their usual level and my senses have returned I’m not so sure it is the best game of 2010, the accolade bestowed on Infinity Blade by IGN. After all, I remember thinking exactly the same when I first installed Rage – a game which disappeared off my radar about a day after I installed it, never to be played again. 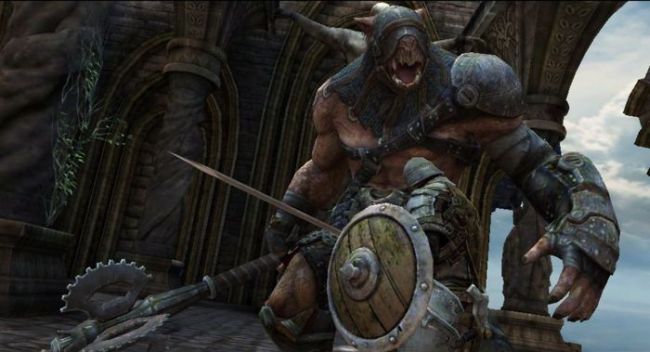 Like Rage before it, Infinity Blade was always going to be a crowd-pleaser. The Unreal 3 game engine delivers a graphical and sonic experience that makes you feel like you’re in a film. And the touch gesture-based fighting system in Infinity Blade is so refined that you actually feel like you’ve done a round with Tyson when you finish each bout.

So, unless multiplayer is added to Infinity Blade within the next couple of weeks, my vote for iOS game of the year will go elsewhere. But where? Probably the most deserving game is one that has kept me entertained on multiple bus, plane and train journeys throughout the weeks and months.

I could plump for an involving strategy game such as Game Dev Story, where I’ve spent countless hours building up my own video game studio, releasing hit titles such as Zombie Munchers of Doom and my cutesy puzzle game, Quiggle.

Then there was Spider-Man: Total Mayhem, a beat ‘em up that’s arguably more interesting than Infinity Blade. I loved the fun, comic book graphics, the plot of the story, and the feeling of wrapping up whole armies of bad guys in webs. Although still very linear, the action feels much freer than that of Infinity Blade.

There were plenty of sports sims I enjoyed this year too, including Baseball Superstars 2011, NBA Elite 11, and Real Soccer 2011. All three of these series keep getting better with every release and if you play them in season mode, you get a lot of life out of them. In fact, I’ve probably spent longer on these games than any others this year.

I’m tempted to put Reckless Racing at the very top of my list. The environments in this charming top-down driving sim rival those of Infinity Blade, albeit in a much more scaled-down fashion. Gameplay is a delight and it’s one that you can keep going back to time and again.

Other 2010 releases worth commending are Osmos, GTA Chinatown Wars, and The Incident.

And the winner is…

But, after much deliberation, my final choice for iPhone game of the year has got to be the fantastic Monkey Island 2 Special Edition: LeChuck’s Revenge. Not only does it have the most convoluted name of any iPhone game, it also has the most involved gameplay. Granted, it’s not strictly an original game, but the high definition graphics really bring the adventure to life, and the fact you can switch them to classic mode is perfect for retroheads. 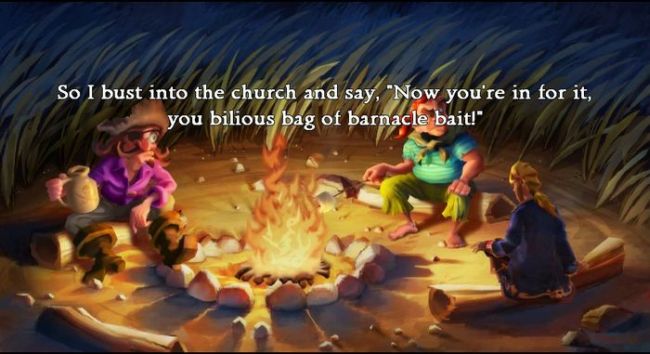 If you get an iOS device for Christmas and have never used one before, make sure Monkey Island 2 is the first game you buy for it. It’s a stunning example of how great iPhone gaming can be, and it’ll keep you entertained well into the New Year, allowing you to save your pennies until your next purchase.

Don’t forget to let us  know what’s your favorite iOS game of 2010. We’d love to know what you thought of Infinity Blade as well.