Macworld Expo kicked off today at the Moscone Center in San Francisco. Hundreds of software developers descended on the expo hall to show off their apps. At the end of the day, SF New Tech hosted the “6 About to Break” awards, which were judged by a panel of experts from VentureBeat, Macworld, and Cult of Mac.

Here are the six companies that were selected for the competition. 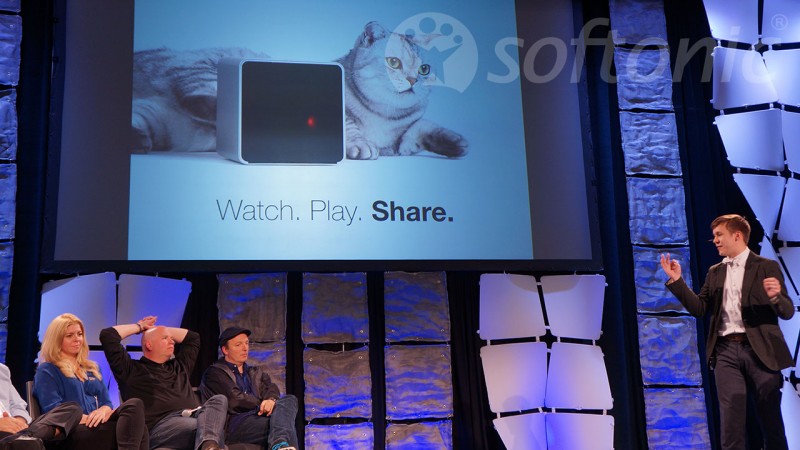 All were promising but only one company could win. Actually, that’s false as Petcube and Glyph tied for first. 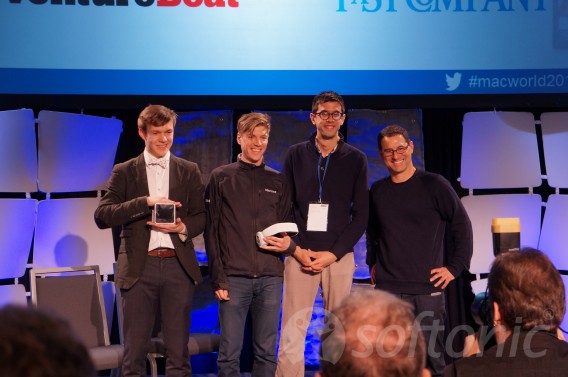 Petcube charmed the audience with its tiny box with a camera, speaker, and laser pointer. The device lets you monitor your pet while you’re at work. You can also “play” with your pet with a controllable laser pointer. 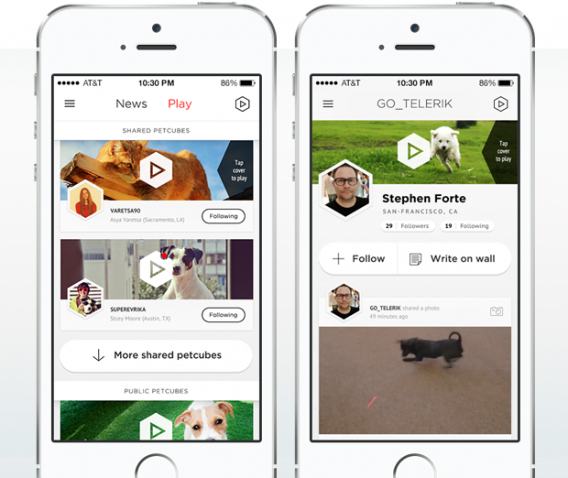 Everything is controlled using Petcube’s iOS app, which also functions as a social network for pet lovers. Think of Instagram with nothing but pictures of cats and dogs.. The company is currently working on an Android version as well.

Petcube is installing a bunch of its devices in Bay Area animal shelters to help pets get adopted.

The Avegant Glyph on the other hand is an interesting headphone/display that promises a home theater experience while on the go. Instead of using a LCD screen to display images, the Glyph uses two million “micromirrors” that reflect light to create a picture. Ed Tang, CEO of Avegant, promises a more natural viewing experience that doesn’t fatigue your eyes. 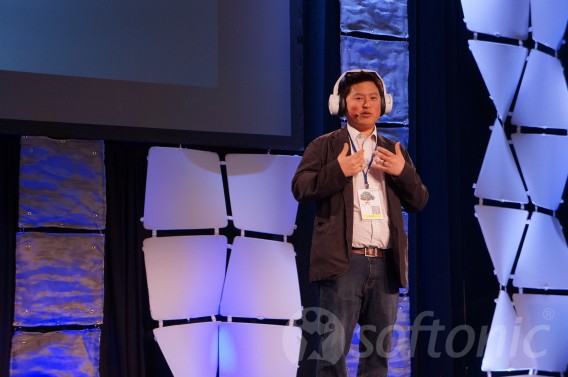 Tang also promised the headset would work with existing apps and devices to create a seamless experience. Avegant also hopes developers will create content specifically made for the Glyph by providing them with a development kit.

The judges were impressed but skeptical. “I want to call bullshit on this. We’ve seen a lot of devices in the past that did the same thing but they never worked,” said Andy Grignon, founder of Quake Labs.

“Come by our booth and try them out for yourself,” replied Tang smiling. 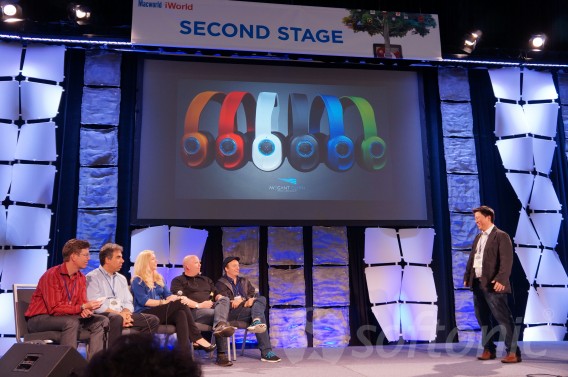 When all the votes were counted, Petcube and Avegant tied for first, each getting 27% of the vote. 6 About to Break is supposed to show off the most innovative apps and devices that are positioned to disrupt the tech industry.

What we’ve learned is that you can look forward to more 3D headsets like the Glyph. Facebook’s purchase of virtual reality goggle maker Oculus VR is proof enough that this space will grow. And what Petcube teaches us is that the internet loves cats.