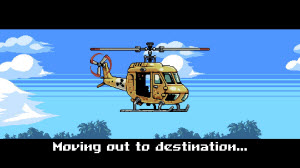 On the surface, Mercenary Kings looks like a game from the 16-bit era. The visuals are simple compared to more recent games, but it still offers addictive gameplay. 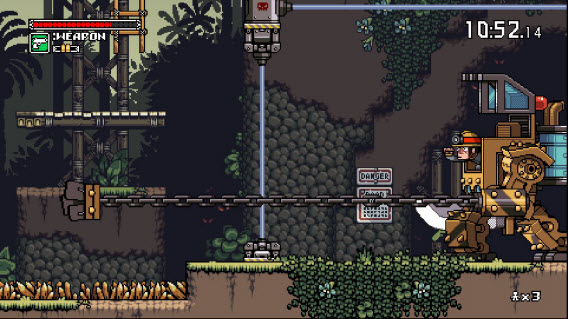 The early access version of Mercenary Kings is a great preview of what the final game will present and you can help by offering feedback to Tribute Games, the developer. Right now, the preview version features 60 missions, more than enough to get a feel for the gameplay, customization options, and the different missions offered.

Easy to get addicted to the gameplay

The core gameplay in Mercenary Kings is an action shooter. Armed with different weapons, you explore the level to accomplish a selected mission. The enemy in the game, CLAW, is trying to take over the world and you are tasked with stopping them at their “top secret Laboratory Base.” Each level features different enemy types, from melee, spear-wielding savages to snipers that you have to defeat using your gun and knife. 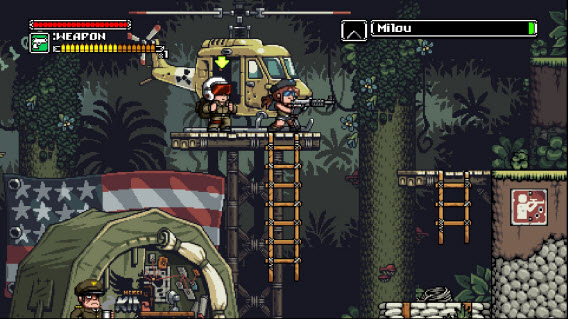 Along with the action, you collect items from fallen enemies and crates. These item pieces are used to craft weapon parts, new knives, and armor. Mercenary Kings is great because it never forces you to pick up dropped items. Instead, you actively search for them because you want to craft new weapons.

The mission structure is introduced with different rankings that you have to complete. The different rankings also signify the difficulty of the mission and it’s smart to completely finish a rank before moving forward. Mission types range from rescuing hostages, clearing enemies from an area, and gathering supplies. Later missions add secondary objectives that give bonus money if accomplished. 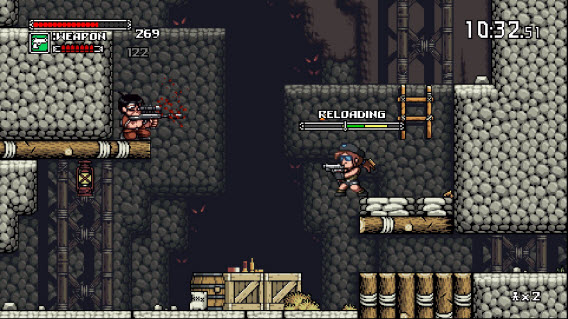 Each mission is timed so you’re always on the lookout to complete the main objective. This does lead to some issues when you’re trying to find a specific person or gather enough supplies, and can cause a lot of backtracking through a mission. It’s also possible to get a little lost in the bigger levels because they cover a lot of ground.

The learning curve isn’t too steep, but it does take a few missions to get a handle on how to progress properly. Mercenary Kings supports controllers and that’s the best way to play. It supports keyboards too, but it’s not properly mapped to play the game successfully.

The money and items collected from missions are used to build weapon parts, improve armor, and purchase items and mods. At the start of Mercenary Kings, all you have is a pistol and knife, but after a few missions you have enough parts and money to craft a couple of cheap customizations.

Weapon parts range from the barrel and magazine to the stock and scope. Each part has an effect on your weapon stats. Adding a long magazine will give you lots of bullets, but it will probably lower your attack power. Weapon customization is big on experimentation and the type of gun you prefer. It’s possible to make a trombone that shoots caustic (poison) bullets, but the accuracy is so low that it becomes annoying to use it. 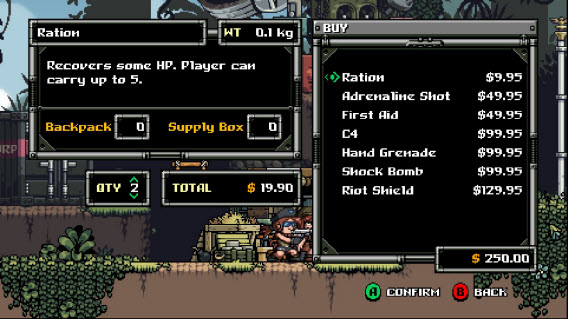 Creating mods gives you some added abilities, but the required parts aren’t as plentiful. You can upgrade your knife and armor with items at a lower cost. Buying items like rations and shock grenades is useful because you can carry a limited amount in your backpack inventory, but can also request airdrops from base when you are in dire situations.

It’s a lot of fun experimenting with different weapons to suit your personal style of playing and it doesn’t take long until you have enough money to craft a decent weapon that’s just to your liking.

Mercenary Kings will only improve

In its early access form, there are some bugs in Mercenary Kings. Tribute Games wants feedback from players so they can polish the game and fix as many bugs as possible before it officially launches.

Mercenary Kings keeps the gameplay fresh with the different missions and the countdown timer. The action is very familiar for people who enjoy 2D shooters, especially Contra fans. The weapon customization is great because you can be serious and make a gun that performs similar to real life or just make a bizarre combination of parts will different bullet attributes.

There’s no word on when the full release of the game will happen, but Tribute Games’ has released a developed preview version that’s a lot of fun to play.

Give Mercenary Kings a try and help them polish the game.