Movie trailers: what works and what fails with today’s blockbusters? 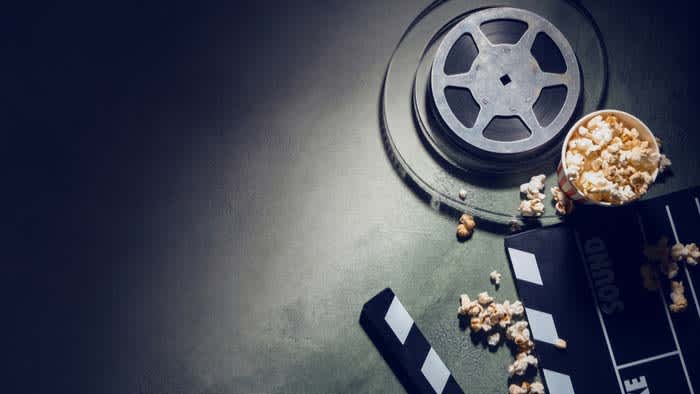 We hype movie trailers just as much as we hype up the movie itself. A two-minute trailer that shows a couple of carefully selected scenes can amass hundreds of millions of views.

Trailers have gotten so popular that they have their own major releases at events like Comic-Con, and even their own award show.

It has come to a point where some people actually trust movie trailers more than websites like Rotten Tomatoes or even their own friends.

Trailers now go so far beyond just a simple video. Trailers are shared on a massive scale, and analyzed frame by frame. Even YouTube content creators like AngryJoeShow make a living off reacting to and dissecting movie trailers.

Clearly, trailers have a major impact on modern pop culture as well as filmmaking. So this begs the question, how do you make one?

According to a video from Vice News, movie trailers have ways of manipulating the viewer.

Most trailers aren’t even made by the same people that made the movie. More often than naught, an outside team that specializes in making trailers comes in to create it. According to StudioBinder.com, there’s a formula for making one.

As common sense would dictate, trailers typically focus on a handful of the most visually appealing scenes. Then, the creators add frames and bite-sized scenes to talk about the story, the characters, or the themes of the film.

For example, let’s look at the trailer for “Pirates of the Carribean: Curse of the Black Pearl:”

The trailer focuses on the story by first showing us the Aztec gold coin and a kidnapped Keira Knightley. After that, we could the cool hero shot of Jack Sparrow, Geoffrey Rush’s character becoming a zombie, and swashbuckling sword fights.

What’s really crazy is that sometimes scenes are shot for the trailer alone. Don’t believe me? Then tell me why Hulk is in the battle at Wakanda in the “Avengers: Infinity War” trailer, but not the movie?

The directors for the film intentionally created this scene and misdirected fans. The only scene in the film featuring Hulk is when Thanos kicks his butt at the beginning.

So now that we know how a trailer is made, what are some tricks that go into them?

Nostalgic movies and playing it safe

When a cherished title from our youth makes its way to the big screen, it is often a mixed bag of emotions. However, one trailer can either confirm or cast aside your doubts.

We’ve seen these trailers put unfathomable hype behind a project, and we’ve seen them kill a movie before it hits theaters.

Let’s start by looking at a nostalgic trailer that works:

Some of us can probably remember where we were the first time we saw this trailer for “Star Wars Episode VII: The Force Awakens.” It dropped at halftime during “Monday Night Football” nearly four years ago. In that time, it has amassed more than 100 million views and a very favorable like-dislike ratio.

So why did this trailer work so well?

First and foremost, the trailer plays it very safe. There is nothing in the trailer that doesn’t scream “Star Wars.” There are X-Wings, TIE-Fighters, and lightsabers out the wazoo.

We get a new cast of characters, but they aren’t radically different from the main cast you might see in a different Star Wars title. We also get to see a classic character, Han Solo, give a few one-liners that send shivers down your spine.

This trailer works so well that you could make a trailer for an older Star Wars film in the same style, and it would work. In fact, somebody did that!

You might say, “It’s Star Wars. It’s a big franchise. It will do well no matter what.”

That’s not necessarily true. Let’s take a look at another popular franchise’s trailer and see how well it did:

Yeah, we went there.

Taking apart this trailer has become beating a dead horse. Yet, here we are, mallet in hand.

The first thing wrong with this trailer for “Ghostbusters” is something we will call “nostalgia piano.” Nostalgia piano occurs when a classic tune from a series is slowed down and played one note at a time to build nostalgic hype for a movie. The theme to Ghostbusters sounds cool played like that, but at the end of the day, it’s a cheap trick.

If you think we are making up nostalgia piano, but there are plenty of examples. Trailers for “Beauty and the Beast,” “Jurassic World,” and even “Detective Pikachu” all have it. We included the trailers below with the appropriate timestamps to back it up:

Nostalgia piano was far from “Ghostbusters” biggest flaw. Heck, even the Star Wars trailer we just praised kinda uses it at the very beginning.

The trailer’s biggest flaw was the tone that deviated too far from the original. The humor from the original film came from clever writing and delivery.  The humor in the trailer was more so derived from shock humor, gross-out humor, and slapstick. Sure, Peter Venkman gets slimed. He just doesn’t go into detail about how the slime went “everywhere.”

Some believe the film was doomed from the start, but a fan’s recut of the trailer shows that the trailer might be what was at fault. The results speak for themselves.

The pacing, removal of some humor, and swapping nostalgia piano for the original theme made this a much more effective trailer. Heck, the fan cut trailer was able to be more effective in less than half of the time.

So is the trick then for trailers to play it safe? Well, not necessarily. DC has already proved that not playing it safe is sometimes the best option.

The DC Extended Universe is infamous for being overly dark and serious in the tone of its movies. Although critics and a lot of audience members don’t like this tone, it still gets the approval of some of the hardcore audience members (in some cases). The Rotten Tomatoes scores are proof of that.

The creators of “Shazam” decided to throw dark and serious out the window with its trailer. Shazam cracks jokes, the trailer is bright and colorful, and Shazam even dances. Not only that, but “Shazam” is killing it with both critics and fans.

So if playing it safe or not isn’t a sure fire sign of whether or not a movie will be good, how do we tell? To answer that question we are going to have to pick on DC some more:

After watching this trailer today, it is hard to believe that the movie wasn’t near what fans or critics wanted.  The tone, action, and drama are all fitting. However, the more you look at the trailer, the more cracks you can see.

For one, Jesse Eisenberg sticks out like a sore thumb. He feels like he wandered off the set for “Now You See Me,” and ended up in this trailer. His lines don’t work and he doesn’t reflect the tone of the rest of the film.

Wonder Woman is always a welcome sight. However, when you factor in all of the storylines the movie will have to devote time to, you can’t help but think the story will be bloated.

We can bash bad trailers all day, and point out why they failed. However, this leads to another, perhaps,  more important question:

Do we take trailers too seriously?

When the trailer for “Sonic the Hedgehog” dropped, the internet exploded with how much people hated it.

The trailer was so bad, that the film’s director promised that they would use the months until the film’s release to redesign Sonic.

Thank you for the support. And the criticism. The message is loud and clear… you aren’t happy with the design & you want changes. It’s going to happen. Everyone at Paramount & Sega are fully committed to making this character the BEST he can be… #sonicmovie #gottafixfast 🔧✌️

This means that the creators will be spending more money, time, and resources to redo each and every scene with Sonic. As the budget for the film is already $90 million, this could turn a big financial flop into a humiliating disaster.

It is wild to think that this expensive decision was made based on a trailer less than three minutes long.

In our opinion, the movie that comes out should be the one that the director intended in the first place. For proof of this, we need to, unfortunately, look at “Suicide Squad.”

they really did get shook after batman v superman got wrecked for being too dreary huh? pic.twitter.com/we2AaQUvqk

It’s common knowledge at this point that “Suicide Squad” was not what director David Ayer intended for it to be. The decision to make the movie more and more light-hearted came from reactions to other DC films and, yes, the trailers.

As the trailers developed, they got less and less serious bringing in more upbeat music and energy.

Ayer was not happy with the final product of the film. He even went so far to say that he wishes he had a time machine so he could go back and fix the film with a more grounded story.

In the end, can we even make an accurate call based on a trailer?

At the end of the day, factors other than trailers should go into your decision on whether or not to see a movie.

Take a look at the first trailer for “Kingsman: The Secret Service:”

The trailer clearly misses the mark on the major themes of the movie. None of the hardcore action or crude humor can be seen in this trailer. It comes off as a spy-school story rather than the R-rated action comedy we got. Heck, we didn’t even get to see any of the incredible church scene from the movie:

The box office results for the movie are clear evidence that the trailer didn’t do it any favors. The film’s opening weekend revenue made up about 25% of the total revenue. Films like “Infinity War” and “Star Wars Episode VIII: The Last Jedi” made about 35% of their revenue in the opening weekend.

Basically, this hints at that more people saw Kingsman after reading reviews and hearing about it from friends than from watching the trailer.

Honestly, there’s nothing wrong with that.

If a trailer gets you hyped and excited, don’t let down your guard, but get excited. If a trailer hints at a few flaws, give it some time before you see the movie. Finally, if a trailer is awful, wait until you hear what critics and audience members had to say first.