If you’re asked to take a personality test as part of your job application process, it’s pretty normal.

Some experts say that up to 60% of job applicants from summer job-hunting teens to seasoned professionals are subject to personality assessments as part of the process.

One popular test is the Myers-Briggs Type Indicator (MBTI). Author Adam Grant calls the MBTI about as accurate as a polygraph test — and that it fell somewhere in-between a horoscope and a heart monitor in terms of accuracy.

And that horoscope analogy makes perfect sense. If you look up your MBTI type, there’s a whole wealth of information that looks at career types, romantic matches, and your unique set of strengths. It’s fun — to some extent — and some may identify with their results more than others.

But using those results to determine whether someone is a good candidate is dicey. 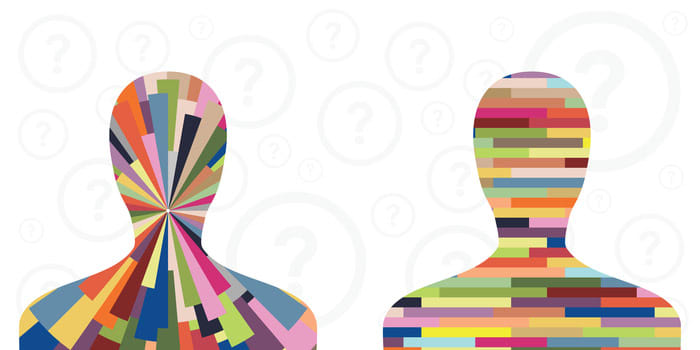 Personality testing has already raised some red flags with the Equal Employment Opportunity Commission. Some test questions are framed in a way that might disqualify someone with a mental illness.

Some experts also fear that using these tests might allow employers to discriminate against certain groups under the guise of cultural fit.

There’s also the issue that results might be flawed. With these types of tests, employees sometimes answer the way they think the employer wants them to answer.

One recent study found that personality tests don’t necessarily give companies access to employees that are a “better fit.” These tests don’t guarantee a certain level of job performance like skills testing. Rather, they appear to be a way to filter out the heap of applicants to a more manageable amount.

It’s understandable that companies look toward some measurable way to improve their pool of candidates — but in general, broad personality traits don’t necessarily indicate whether someone is a good fit. Sure, some strengths and weaknesses may be revealed — but that doesn’t account for the fact that an extrovert and an introvert might both be great sales reps, but bring different working styles to the table.

That said, hiring managers may benefit from some test results. Many of these tests measure things like positivity, willingness to work with a group, or a preference for autonomy. Still, it seems that the employee gets the short shrift.

Take the INTP personality type, as an example. According to the 16  Personalities website, this type is solitary, eccentric, and not exactly built for thriving in the structured, collaborative workplace of today. But those same people are reportedly intellectual innovators — which, obviously add value to many positions. 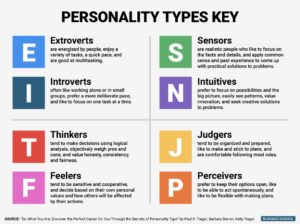 Or there’s the four quadrant personality test, another popular option. This test asks you to pick from four statements which one is most like you, then which one is least like you. 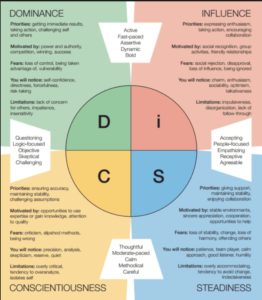 Best questions to ask before leaving your next job interview

A 2017 Hidden Brain episode looked at personality tests and noted that there’s something a bit unsettling about them — that ability to put someone in a box conjures up images from a not-so-distant past. A time when scientists would classify personalities based on race or gender. The point is, personality tests allow us to categorize people quickly without getting messy.

Psychologist Annie Murphy Paul compared the use of personality tests to phrenology, a bygone pseudoscience used to determine someone’s traits and attributes by measuring the bumps on their head. Like personality tests, phrenology was once big business — people would get tested and use the results to as a way to find the right career or the perfect mate.

There’s also the issue that how you answer may have to do with what group you belong to — women and minorities, for example, may not answer in the same way that a white man might. And while that doesn’t seem like an issue, the way employers analyze the results often favors the “in” group.

But the problems come in a few different forms. There’s a test called the Culture Index that gives employers notes that aim to help them manage employees based on personality types. But, those notes might color employer feelings about a person — saying for example “this person is low energy and may need frequent breaks.”

While the company claims to help create a better employee environment, it raises some flags. This BBC article interviewed a CEO who said, the test helped her company weed out one candidate who seemed impressive in the interviews, but the test revealed they weren’t a team player or multitasker.

Complete guide to advancing your career

Ultimately, the driver behind the rise in personality tests over the past decade or so can be chalked up to cutting costs and saving time. Not to mention the fact that people have grown more accepting of personality tests in general.

As a tool, personality tests do offer a way to learn about yourself. In the workplace, it’s complicated. On the one hand, a personality test could be an opening for employees and their bosses to have one-on-one conversations about work preferences and habits. Still, there needs to be a lot of trust in place to pull this off.

Guide to finding jobs with LinkedIn ►

How to future-proof your career ►

How to use social media to find your next job ►

How to write the best resume in Google Docs ►

Joker set to join the MultiVersus