Capcom doesn’t have to do much to hype up the release of Resident Evil 2. The game is already a classic, and its surprise announcement took E3 by storm. If you weren’t already salivating like one of the game’s zombies, Capcom is amping things up with a series of special edition collections for the game’s release, including one that will set you back $900.

Here’s a look at what each edition contains and what to expect for your cool new Resident Evil loot. 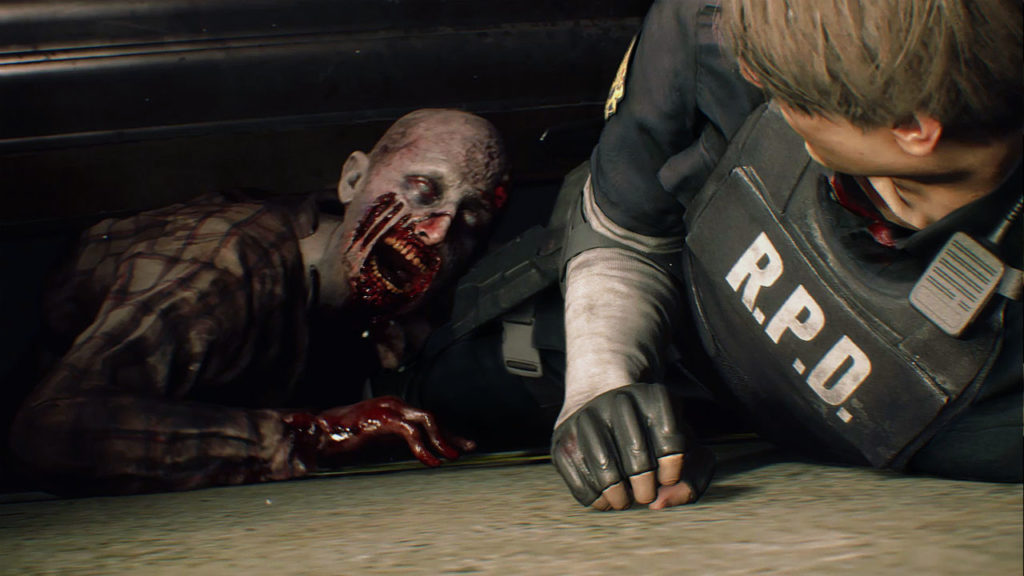 The Deluxe Edition is the most basic of the special editions that have been announced so far. Priced at just $10 more than the game’s standard edition, it includes a variety of in-game bonuses, like skins and weapons. Fans that are looking for physical goodies will need to purchase one of the game’s other special editions. Here’s a look at everything included with the Deluxe Edition:

Dedicated Resident Evil fans will recognize a few items on the list: Elza Walker was a university student and motorcycle racer who was the protagonist of Biohazard 1.5. The character was eventually reworked into the familiar Claire Redfield we all know and love, but the inclusion of Elza as a skin is a nice little throwback to Claire’s origins.

Also of note is the variety of Samurai Edge handguns included as bonus weapons. The Samurai Edge is one of Resident Evil’s most iconic weapons and has appeared in a number of games in the series. Each S.T.A.R.S. team member carried their own version of the customized Beretta handgun. Resident Evil 7 players will recognize the Albert Model as one of the bonus weapons in that game, and is the preferred sidearm of series antagonist Albert Wesker. Also included as pre-order bonuses are Chris Redfield and Jill Valentine’s custom versions.

Finally, rounding out the offerings is the soundtrack swap. Like the name implies, this bonus will allow players to replace the game’s new soundtrack with that of the original Resident Evil 2. Nostalgia, anyone?

Players who purchase the Deluxe Edition will be able to snag these bonuses with a DLC code included with their copy of the game. 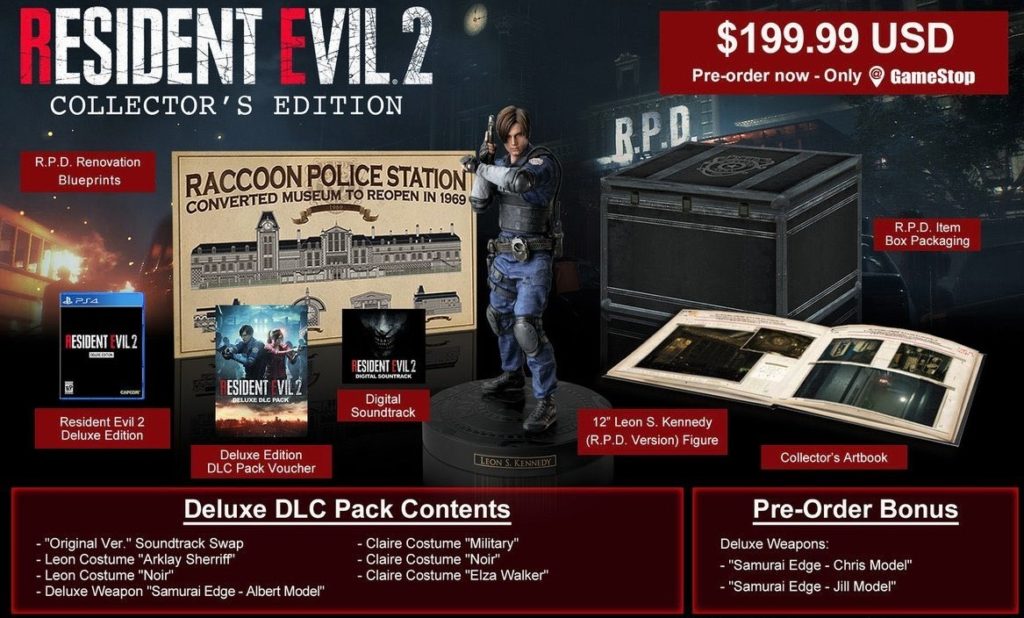 The Collector’s Edition offers all of the bonuses included with the game’s Deluxe Edition, as well as a variety of physical loot that’s sure to make any Resident Evil fan a very happy camper. All this extra swag comes at a price, though: The Collector’s Edition is only available through GameStop, and will set you back about $200 Here’s what that $200 will get you:

As a final added touch, the Collector’s Edition box looks like one of the in-game item boxes. Overall, it seems like a neat little collection of items at a comparatively reasonable price, and is certainly a must-have for any Resident Evil fanatic.

Resident Evil 2: Everything we know so far 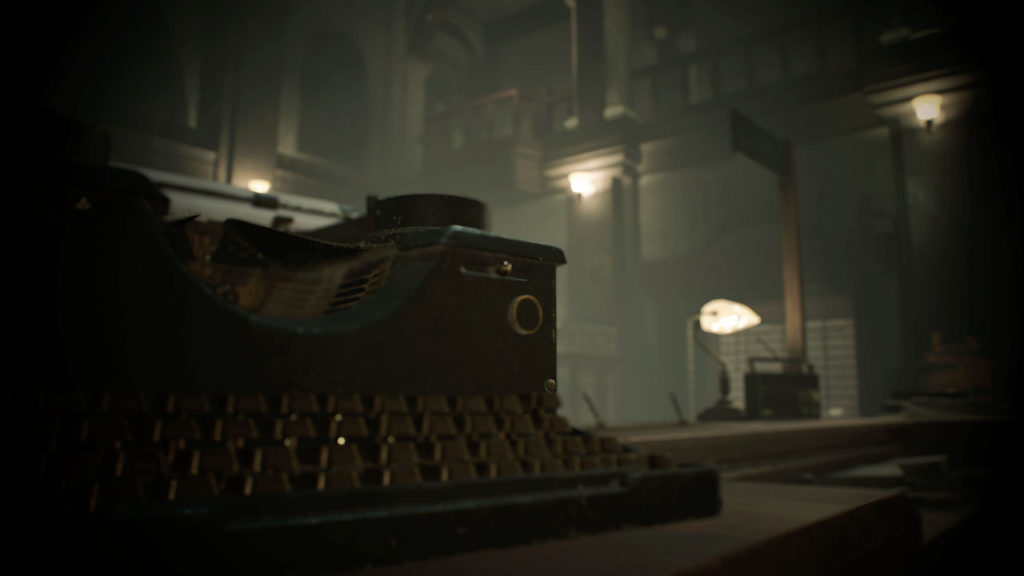 Finally, Capcom has recently announced that they will be offering a Premium Edition. In addition to all of the goodies included in both the Deluxe and Collector’s Editions, Capcom is throwing in another piece of high-quality merch: a Qwerkywriter Bluetooth mechanical keyboard with Umbrella Corporation branding and a charging station for a tablet or smartphone. The keyboard itself is designed to look like one of the game’s typewriter save stations, and includes four rolls of masking tape that are packaged like the in-game ink ribbons that players can collect and use to create save files. Take a look at the keyboard below:

So, what will the Premium Edition set you back? For now, the Premium is exclusive to Japan, but the cost translates to a hefty $900. It’s a steep asking price, especially considering that the keyboard’s standard pricing is around $250. This means Capcom is asking for an additional $450 for that ink-roll tape and the custom branding. The keyboard is cool, to be sure, but is it really worth that much? Probably not, but as of yet Capcom doesn’t seem to have plans to sell this set outside of Japan, so American and European customers needn’t worry.

If you’re interested in any of these pre-order bonuses, Capcom has slated RE2 for a January 2019 release date, so there’s still plenty of time to grab your edition of choice.