As storylines go, we’re all pretty familiar with the basics of new action game, The Last of Us. A plague has broken out, and fear and terror reign. The game takes the style of a road movie, where you, Joel, must protect Ellie, a little girl. What follows is a tense, turbulent game of cat and mouse, set against an emotionally tense back story and some really impressive graphics. 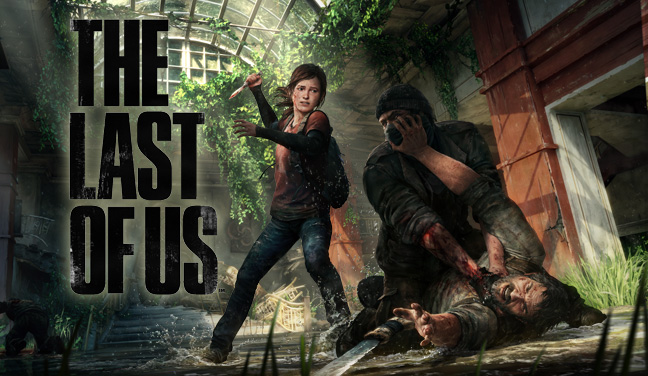 From Zombies to Gangsters

Zombies are on the loose! Again! Frankly, these days you’re hard pressed to find a game where they’re not, but don’t let your prejudices blind you. Even if you’re sick to the back teeth of the walking dead, The Last of Us offers something very different. Yes, there’s a brave leading man who must battle the infected, but he’s no superman. Instead, he’s “just some guy”. It’s 20 years after the outbreak, and these days, it’s not just the zombies you have to worry about. 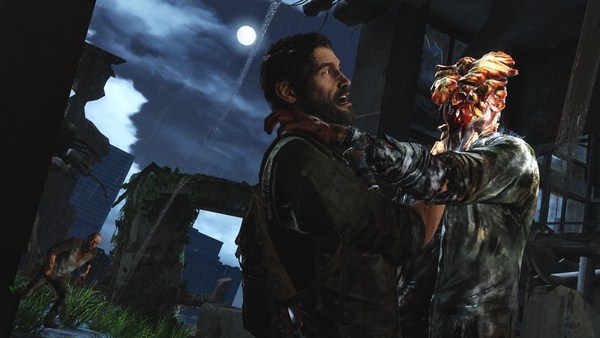 Instead, there are 2 warring parties, the Fireflies and the Hunters. These 2 groups are equally lawless and determined, but pursue very different aims. The Fireflies believe they can find a cure for the plague, while, in a realistic rendering of what things might be like if there WAS an apocalypse, the Hunters simply take advantage of the chaos to loot and plunder. Joel actually has very little to do with either group, but when an arms deal goes wrong, he must escort the 14 year old Ellie to get the delivery. This journey forms the body of the game. Like in a road movie, you are heading for a final destination, but the most important part is how you get there. Your journey is normally on foot, but there are periods on horseback or in a car. If you’re having problems knowing where to go next, you can toggle on-screen instructions.

A different type of damsel in distress

Ellie is the side-kick, a bit like Elizabeth in Bioshock Infinite – she’ll tip you off when an enemy’s creeping up on you, throw stones at the infected, zombie-like creatures, attack them and even uses a weapon later in the game. As the story progresses, you really get the feeling that Joel and Ellie are very fond of each other – despite Joel’s initial attempts to keep his distance – which makes for an emotionally engaging relationship. 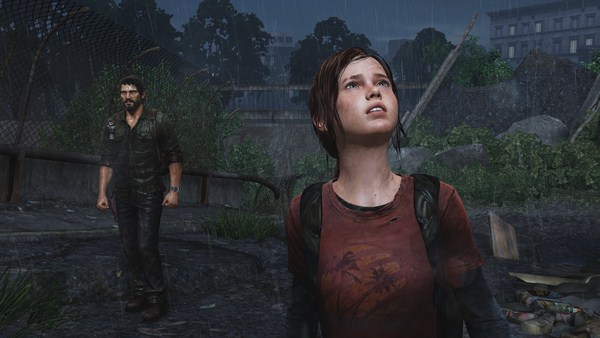 Somewhere between action and stealth

Intelligent action is part of what makes The Last of Us so enjoyable. The whole time, you’ll be asked to assess the situation and adapt your tactics. If you meet a Clicker (the infected are named for the stage of the fungal infection they find themselves at: there are Runners, Stalkers, Clickers, Bloaters and Spore Cadavers), staying still is the best policy. Although strong, they’re almost blind. They have sharp hearing though, and can kill with a single bite. Other types can see better and will rush to attack as soon as they lay eyes on you. Non-infected opponents systematically patrol their areas and will coordinate their action for better effect.

An important tool in the game is listening mode. Activated with R2, it will show you the source of sounds you can hear, which is perfect for tracking enemies. The system is similar to detective mode in Batman: Arkham Asylum. If you hide, you can silently take down enemies. If you’re discovered, you can attempt to throw the onrushing enemy off with a bottle or rock to the head. Stunned opponents are easily taken down. Molotov cocktails and nail grenades also make very effective weapons. 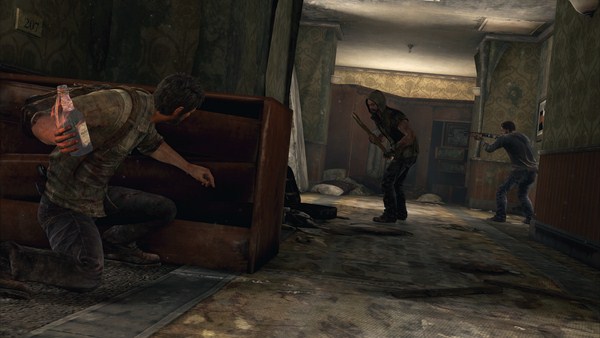 Firepower comes at a price

Over the course of the The Last of Us, Joel uses various weapons, from rifles to pistols, which are especially good for enemies at close range. You’ll also find more imaginative, but highly effective, weapons like flamethrowers and bows. Bear in mind that ammunition is scarce – you might get lucky when an enemy drops some, but other than that, you’ll need to be as frugal as possible. Melée weapons like knives, sticks and machetes don’t need ammo, but repeated use will wear them down quickly. When that happens, you’ll be down to your fists. Joel can only carry two guns in his holster. All other weapons must be kept in his rucksack. Getting them out is cumbersome and you need to keep that in mind when you’re prepping for a fight. 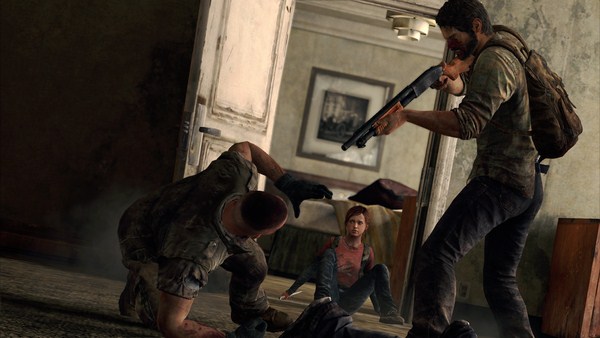 As in horror shooter Dead Island, you’ll be able to improve weapons at workbenches, which you’ll find dotted around the game. For upgrades, you need to collect items, and as he moves through The Last of Us, Joel will upgrade skills like health, eavesdropping and accuracy. If you’re injured, you’ll have to withdraw from the fight and recuperate in peace. You don’t automatically regenerate health, but you can craft health kits with objects you’ve collected.

If we were to tell you about all of the locations you’re going to find in The Last of Us, we’d run out of time and space. The sheer volume of beautifully drawn, lush scenery and urban locations is breathtaking. Overgrown courtyards, rusty, barred cellars, wooden houses, forests, villages and more, you’re not going to get bored. The light in the game is really the star visual attraction. From the pale, watery morning light to red-tinged sunsets, they infuse the game with realism and beauty. 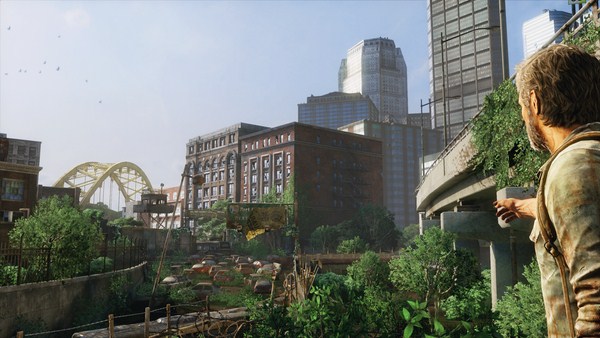 Another stand-out aspect to The Last of Us are the character animations. Developers Naughty Dog used actors and motion capture to animate the characters, and it shows. They are highly realistic and, even when they’re not in motion, they don’t just stand around. Ellie passes time by playing with her penknife, whistling songs, tying her shoes and even playing with other kids. These small details, beautiful design and realistic motion give characters incredible depth.

The makers of The Last of Us have paid equal attention to the soundtrack to the game. For long sections, there’s no music, which gives the same tense, thrilling atmosphere as in games like Dead Space. That’s not to say that sound isn’t important in The Last of Us. Quite the contrary, in fact, as noises you hear alert you to the presence of enemies and, if you’re unlucky, will alert them to you. Sound effects are top quality – clinking glass, creaking stairs and the brutal crack of gunfire give the game the same realism you’d expect from a movie.

The Last of Us’s achievements in sound don’t end there. The game is replete with audio adjustments that you can tweak to your liking, whether they be to the headphones, speakers or surround sound systems. Even the dynamics can be regulated. Gunfire sounds especially impressive from speakers, and the game also includes a considerate midnight mode, to save you from disturbing neighbors and waking babies.

Finally, a remarkable side note: The Last of Us has no annoying loading screens. As in the Uncharted series, you can theoretically play the game from beginning to end, without noticing any load lag. Considering the scope of the game, that’s pretty impressive.

A final teaser before the PS4 is launched, The Last of Us shows us that the PS3 still has huge potential, leveraged impressively to produce the masterpiece that is this game. The seamless action and breathtaking animation aren’t just a technical achievement, however. They’re also a vehicle though which an exciting yet dark story is told. The game is so captivating that our only real criticism – that sometimes the game seems a little linear – seems hardly important.

The Last of Us is a triumph. It’s a gripping, emotional story that has all the pull of a Hollywood blockbuster and is one of the few games that you really, truly do not want to end.

The Last of Us for PS3. Visit your local Last of Us site to see retailers.