When you first see Sick Bricks, it looks like another game that uses toys to draw kids in. But when you listen to the company’s ideas and road map, it becomes clear that Sick Bricks isn’t going to be another Skylanders or amiibo clone. Sick Bricks is not only a game but a multimedia property. 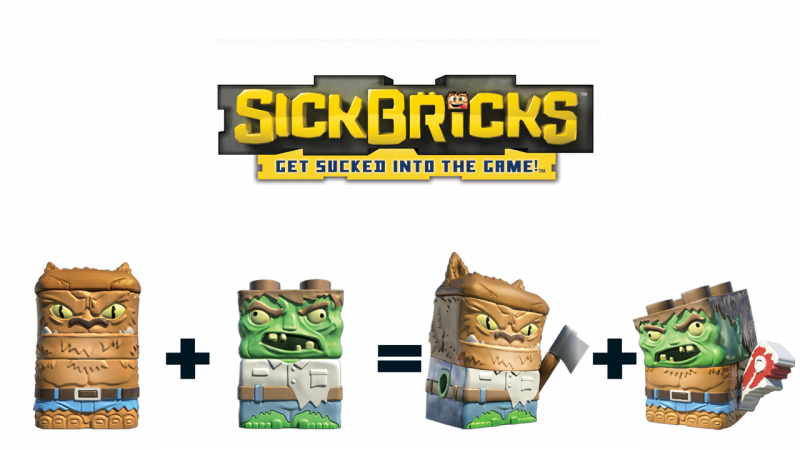 The idea behind Sick Bricks is to offer a huge game world on Android and iOS. Inside Sick Bricks, you can explore twelve different worlds, each with four levels. Each level takes about two hours to complete. While the Sick Bricks game is a free to play game, it’s doesn’t use a pay to win system.

Once you scan the character in the game, you can start controlling it. Sick Bricks figures can also be combined in different variations to create new characters. Each character has its own specific powers, but combining different Sick Bricks unleashes unique powers. This can help when you’re stuck on a level in the game.

Sick Bricks also offers different characters as in-app purchases. If your Sick Brick is defeated in the game, there is a cool down timer but if you own the physical Sick Brick you can rescan them back into the game. There is a premium currency in Sick Bricks which can be used to purchase new Sick Bricks for the same price as buying the physical toy in stores. 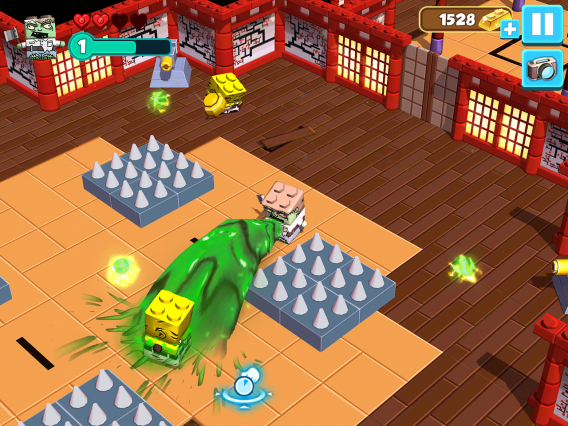 The Sick Bricks world is huge. The demo I saw on an iPad only showed one section, but I could see there was a lot more to be discovered. Sick Bricks also has dungeons, which it calls Hideouts. These are randomized levels that you can replay and have a different experience every time.

The overworld also contains other mini-games like an endless runner that you can jump into. If you purchase one of Sick Bricks Big Sick Packs with vehicles, you can scan those into the game and play racing games. It seems like Sick Bricks is going to be a hub for a lot of different types of games, augmented by the different toy figures and vehicles you can build. 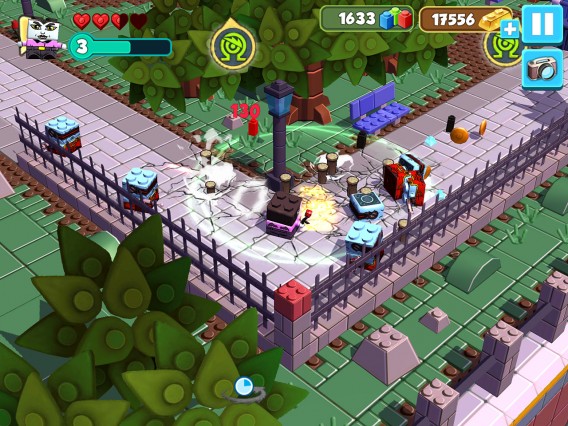 Sick Bricks is promising a lot. The core gameplay will fill a lot of hours and Hideout replayability can keep you playing for hours. Add in the different mini-games that use Sick Bricks toys and the crafting system and you can see why Sick Bricks can keep kids entertained for a long time. But the main theme that I got from my demo is that Spin Master Studios isn’t selling collectibles that sit on your shelves; it is selling something that your kids will want to play with in the real and digital worlds.

Sick Bricks will be available March 12th on Android and iOS.