Ever since Snapchat was released, users have been trying to circumvent its security. SnapHack, an app for iOS, allows users to automatically download all Snapchat photos and videos without triggering Snapchat’s built-in screenshot security measure.

The way SnapHack works is by avoiding using the Snapchat app at all. Users provide SnapHack with their credentials and the app will automatically download all photos and videos from Snapchat’s servers. Since the user never uses the official Snapchat app, there’s no way for the official app to detect if a screenshot was taken. Snaps that have been viewed cannot be downloaded as they have already self-destructed but unread snaps are vulnerable to hi-jacking. 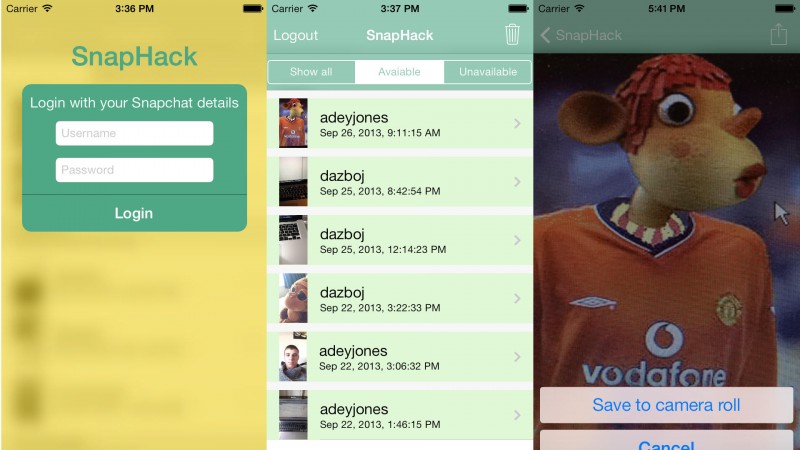 Apple and Snapchat have yet to react to the release of SnapHack, but the app probably won’t be around for long. Apple helped Snapchat earlier this year when it was discovered that a beta release of iOS 7 allowed users to screenshot Snapchats without triggering an alert. Apple quickly implemented a new screenshot detection API, fixing the issue.