Even after all these years, Minecraft is still as fun and challenging as it was the day it was released. This entertaining game that mixes elements of construction, adventure and survival will never go out of style. 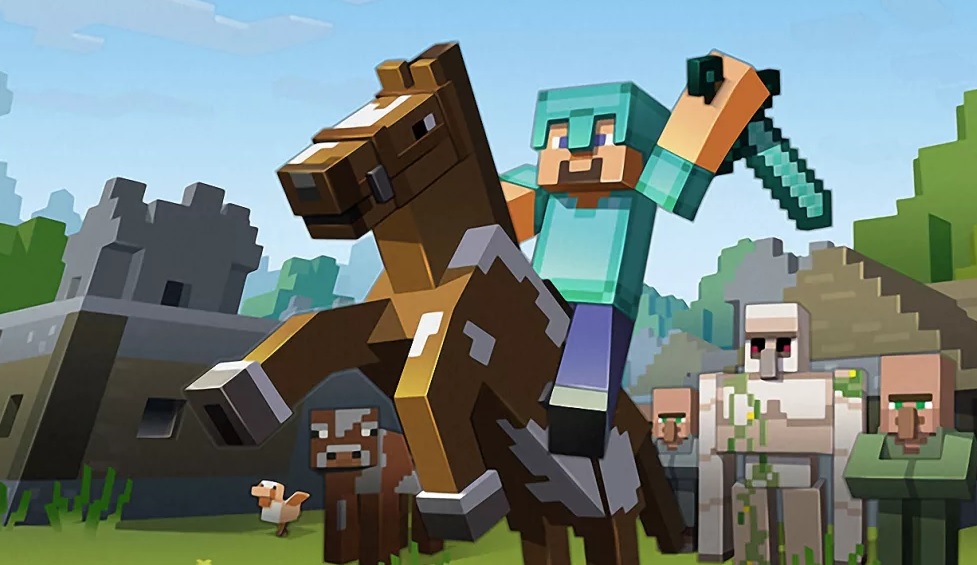 Minecraft’s success is due largely to the fact that this Mojang title is so versatile. Besides having a blast with the basic game, you can add fun new adventures using your own creativity and, of course, mods.

In addition to the classic style mods and ones that add new scenarios or functions to the game, there are adventure mods. They offer a new twist on Minecraft by contributing plot elements, stories and objectives to meet, turning the game into a whole new experience. Want to know our favorites? Keep reading to find out!

How to add mods to Minecraft

To add adventures to your basic Minecraft game, you need to download and install mod files or “mods.” These files don’t usually take up much space on your hard drive and are easy to incorporate into the basic game. Of course, you need to know how to do it. If you’ve never added a mod to Minecraft, we recommend reading the article below, which has a step-by-step explanation of how to use them.

Torn: Origins is a fun adventure mod that puts you in the shoes of the first agent of the X.I.A. Your mission: liberate the city of Evan from the First Sons, a criminal organization that is sowing discord in the streets. With an open world to explore, Torn: Origins is a huge adventure map that changes according to how you carry out your missions. Because depending on how you behave, you can be either an exemplary agent or a ruthless one who takes justice into his own hands.

In addition to the game file, you’ll need the mod’s resource pack. Download it by clicking here.

An Adventure, I Guess 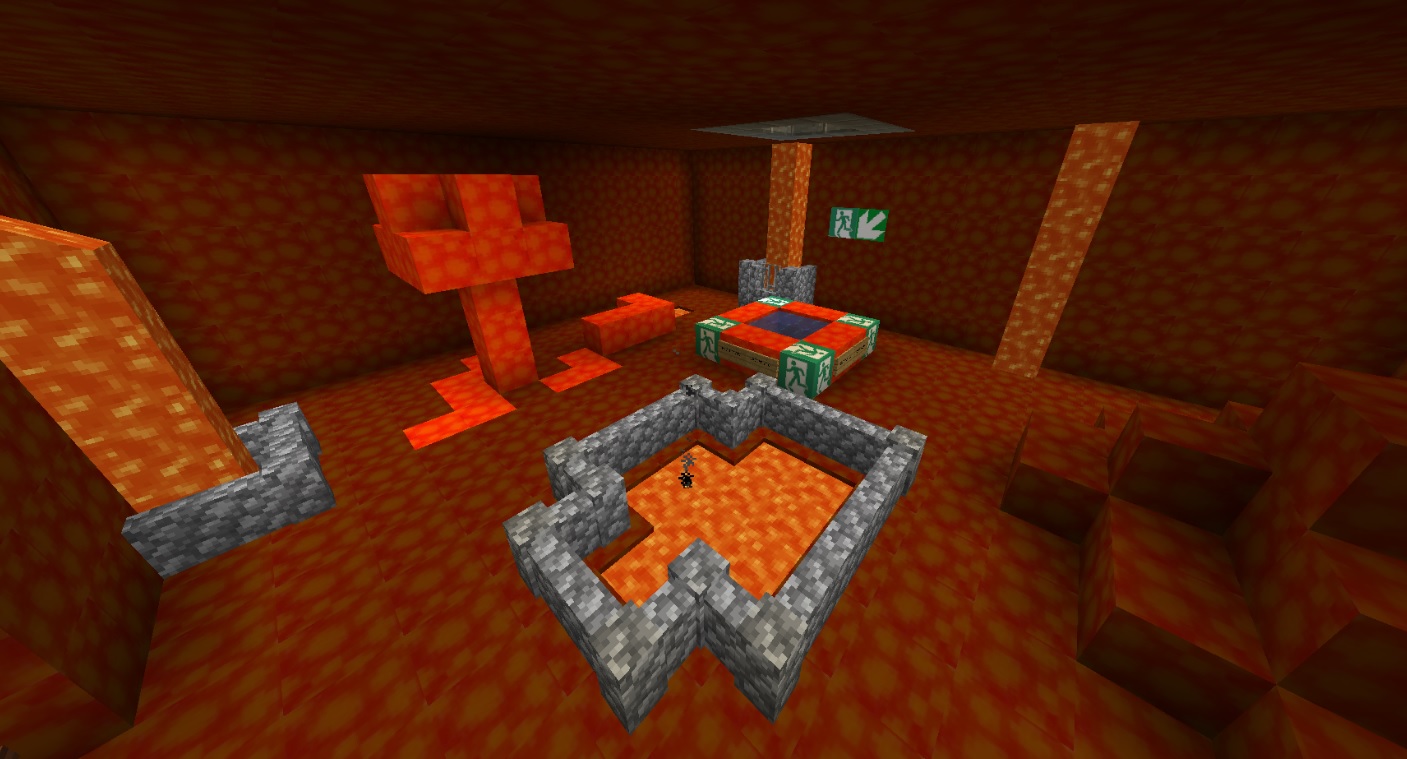 An Adventure, I Guess is a hilarious adventure map where you’ll be transported to… the bean dimension? As you can imagine, this is a humorous, highly entertaining mod loaded with references to other games and even series like Rick and Morty. Find your way back to your world and locate the exit portal while avoiding rivers of beans. While it’s not the longest mod on the list, it’s downright entertaining.

Why did I become a harem anime protagonist? 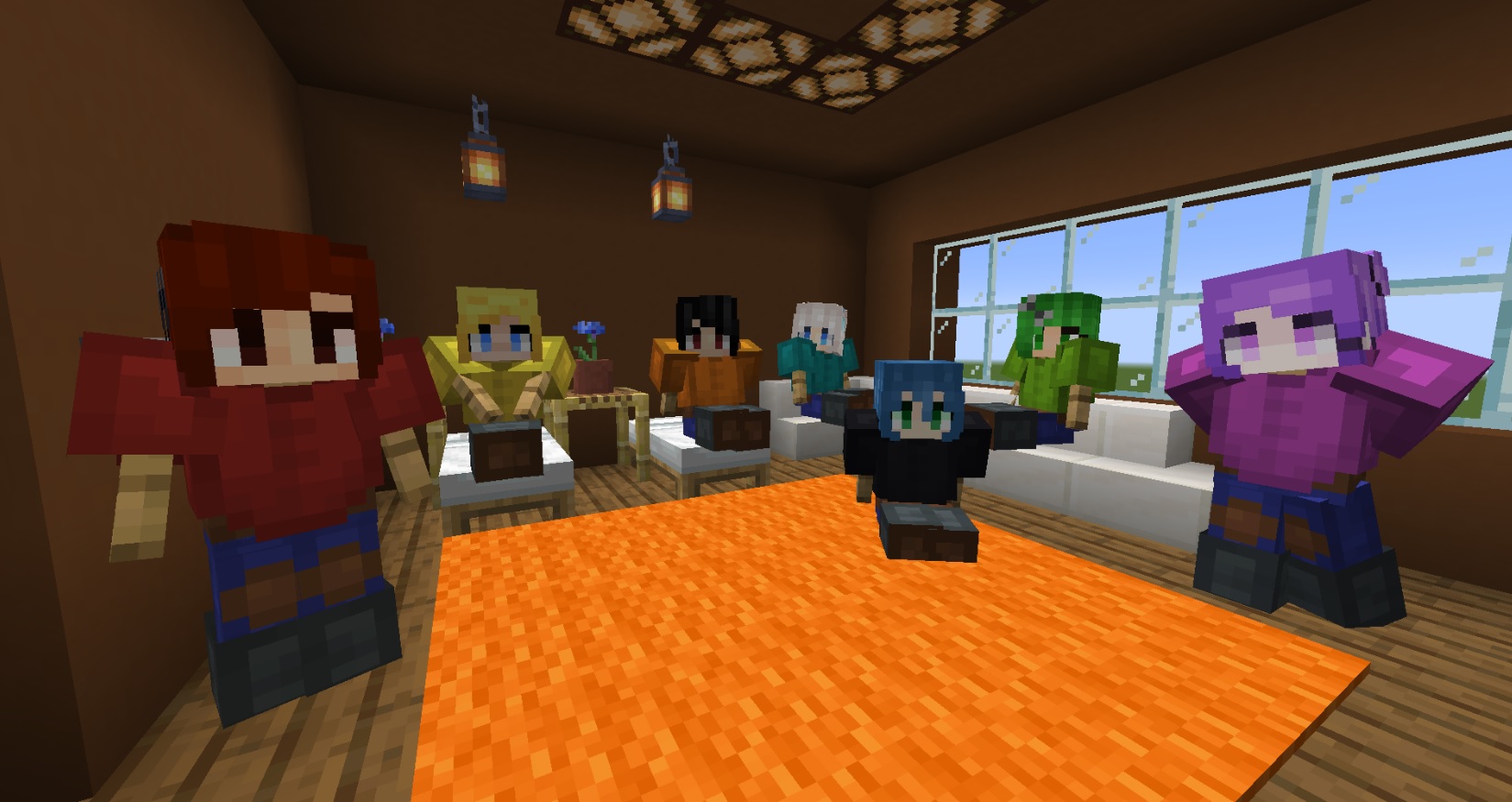 Why did I become a harem anime protagonist? is a fun adventure mod where you’ll embody a young otaku who, for no apparent reason, becomes the most popular boy at his new high school. What our protagonist doesn’t know is that, according to a legend circulating at school, you have to be very careful around the girls in his class. Will you heed the warning or throw yourself into the arms of your new harem? This Minecraft mod is designed for anime fans or anyone looking for a fun story and a good time. Of course, it is not recommended for children under the age of 16, as it is full of compromising situations and slightly risque jokes.

DOWNLOAD WHY DID I BECOME A HAREM ANIME PROTAGONIST?

Castle to None is a co-op adventure map based on the popular Bungie game, Destiny. It’s designed to be played in groups of three to six people who will invade a haunted castle full of monsters and hidden dangers. You can choose between three different character types depending on your style of play: Ranger to focus your actions on the attack, Defender for defense, and Support to heal your companions. If you’re looking for a well-rounded adventure on a beautiful and challenging map, you can’t go wrong with this title.

Lost in the Woods: The Hospital 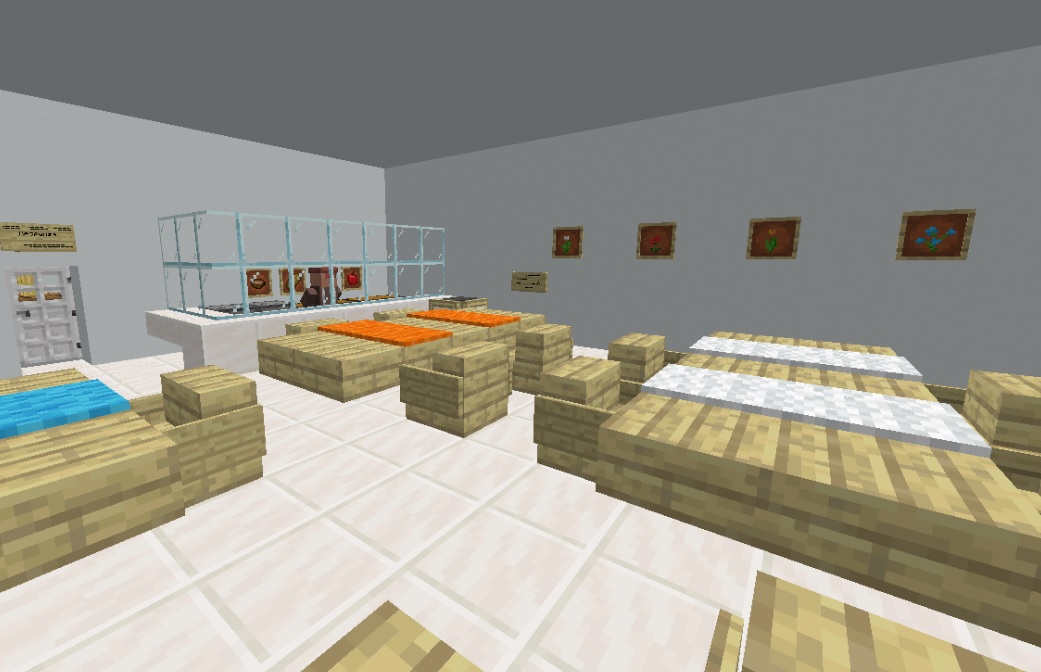 Lost in the Woods: The Hospital puts us in the shoes of Gregory Anderson, a man who wakes up in a deserted hospital room with no memory of how he got there. Anderson immediately suspects the worst and embarks on a desperate quest to escape from the doctors. Lost in the Woods: The Hospital combines a good story, the excitement of escape, and plenty of puzzles and riddles that make for an extraordinary time during its two hours. Want to try it?

The Mystery of Herobrine

The Mystery of Herobrine is, as the author describes it, a story planned out since 2016. Inspired by the classic creepypasta story of Herobrine (a Minecraft character capable of bending the game and its players to its whim), it creates a new universe and a new story that will keep you glued to Minecraft throughout its six chapters. The Mystery of Herobrine is intended to be played alone, although it can be enjoyed in multiplayer mode with two other people. Do you dare solve the mystery?

AFTERMATH is a map inspired by the classic game Crysis. In fact, its music has been reused for the mod, so if you’re a fan of the Crysis soundtrack you’re going to love AFTERMATH. In it you’ll put on your nanosuit and explore an open-world recreation of the Crysis universe. As for the plot, AFTERMATH assigns you the mission of capturing Brian, a criminal who has started a nuclear war and is hiding on the Island of Santa Cruz. Will you succeed in taking him down? 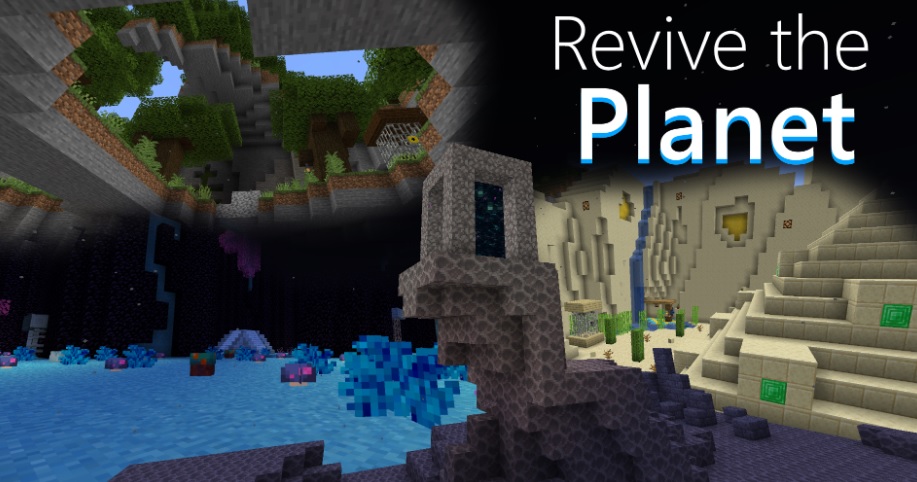 Revive the Planet is an entertaining mod reminiscent of classic games like Soul Blazer or Dark Cloud. In it you land on a deserted planet that’s completely dead except for five temples, each dedicated to an element. Inside each temple, you’ll be transported to a world full of missions, puzzles, enemies and adventures to revive parts of the planet. Exceptionally fun and challenging, Revive the Planet is a perfect adventure mod for anyone who finds satisfaction in seeing a dead environment gradually bounce back. 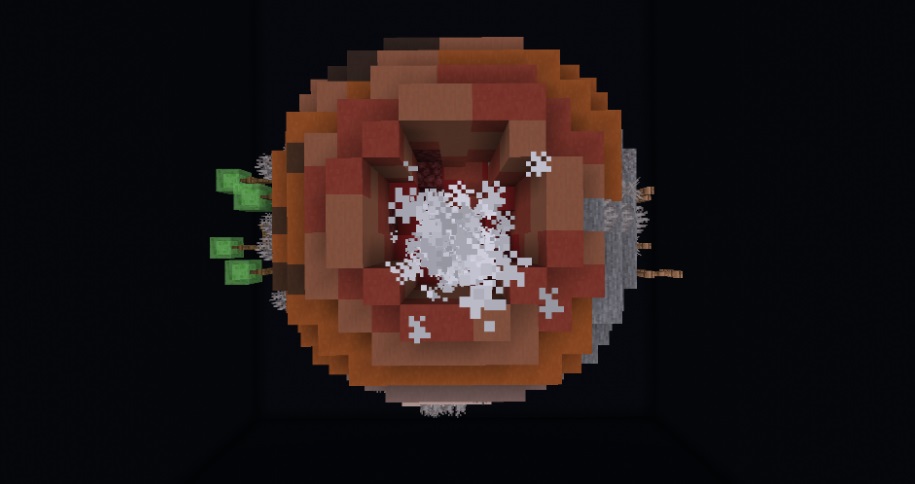 Small Worlds will take your Minecraft adventures straight into outer space. In it you’ll become an astronaut who has been stranded against his will on an inhospitable planet. Explore your new home, discover the reasons why you have been abandoned in space, and find a way to return home with all the resources you find. Small Worlds is ideal for anyone who’s looking for a space-inspired mod that does a good job of recreating the effects of gravity outside our planet 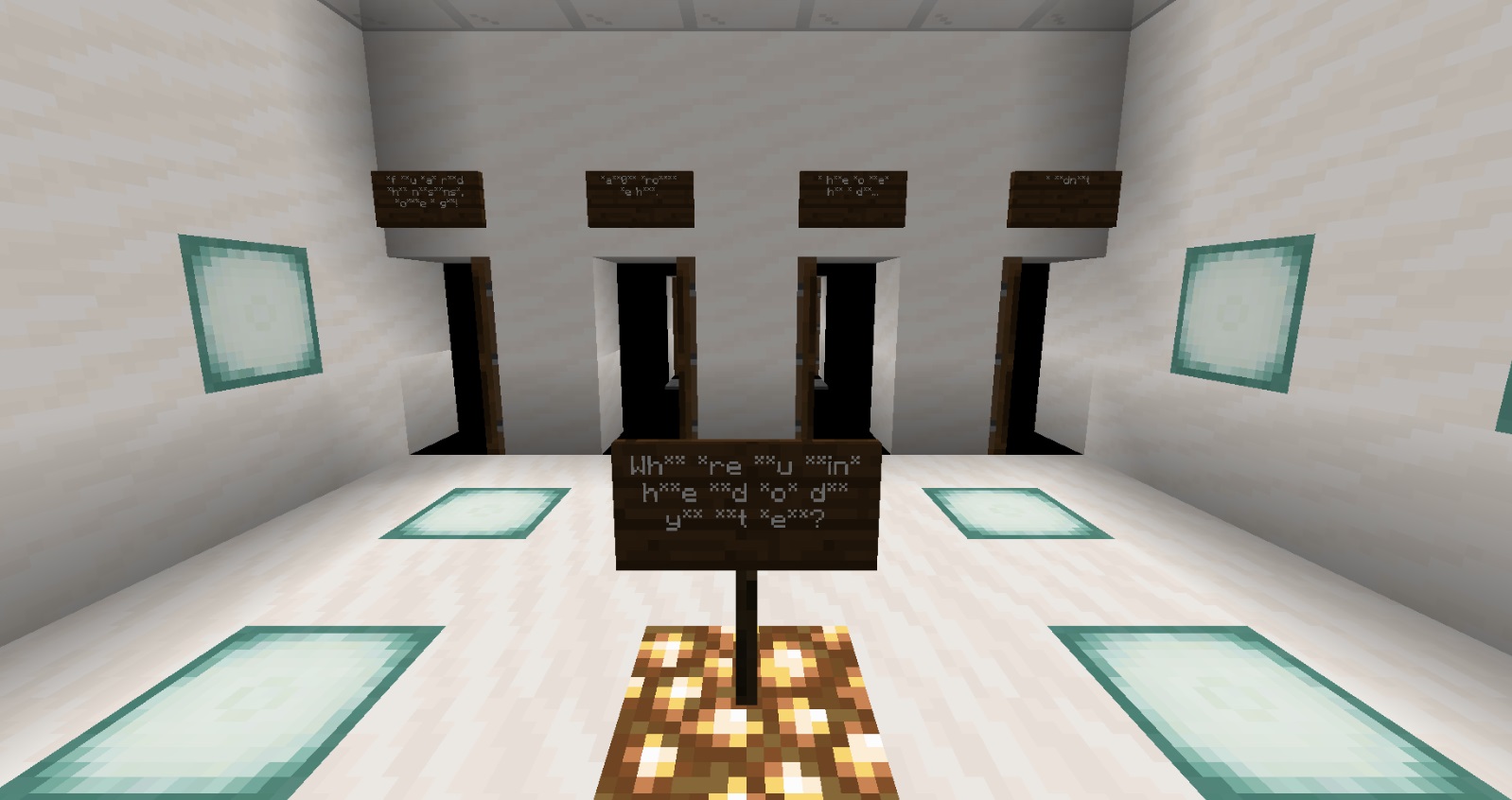 Dream is a map designed for fans of dream interpretation and dream worlds. It starts with our character going to sleep and waking up in one of his strange dreams. Travel to the depths of your mind as you solve puzzles and face the ghosts of your day-to-day life. The map is intended for a single player and is about an hour long, but it’s worth a try. In fact, it’s a classic among adventure mods for Minecraft. Don’t miss it! 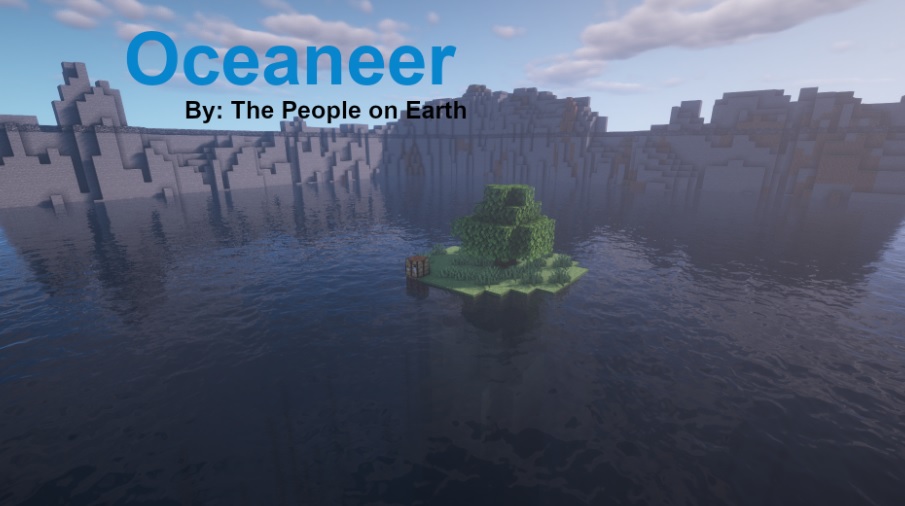 Oceaneer is an adventure and survival mod in which your character has been abandoned on an island with only a work table and some diving equipment. Delve into the depths of the island and solve all its enigmas and mysteries, because that’s the only way you can escape. Oceaneer is an entertaining and visually appealing adventure mod, ideal for fans of exploration and puzzle-solving games.

Thirsty for more? Don’t worry! Below you’ll find an in-depth article on the best Minecraft mods and maps so you can continue playing this excellent title to your heart’s content.

We hope you’ve found our roundup of Minecraft adventures useful. What’s your favorite mod? Tell us about it in the comments section!