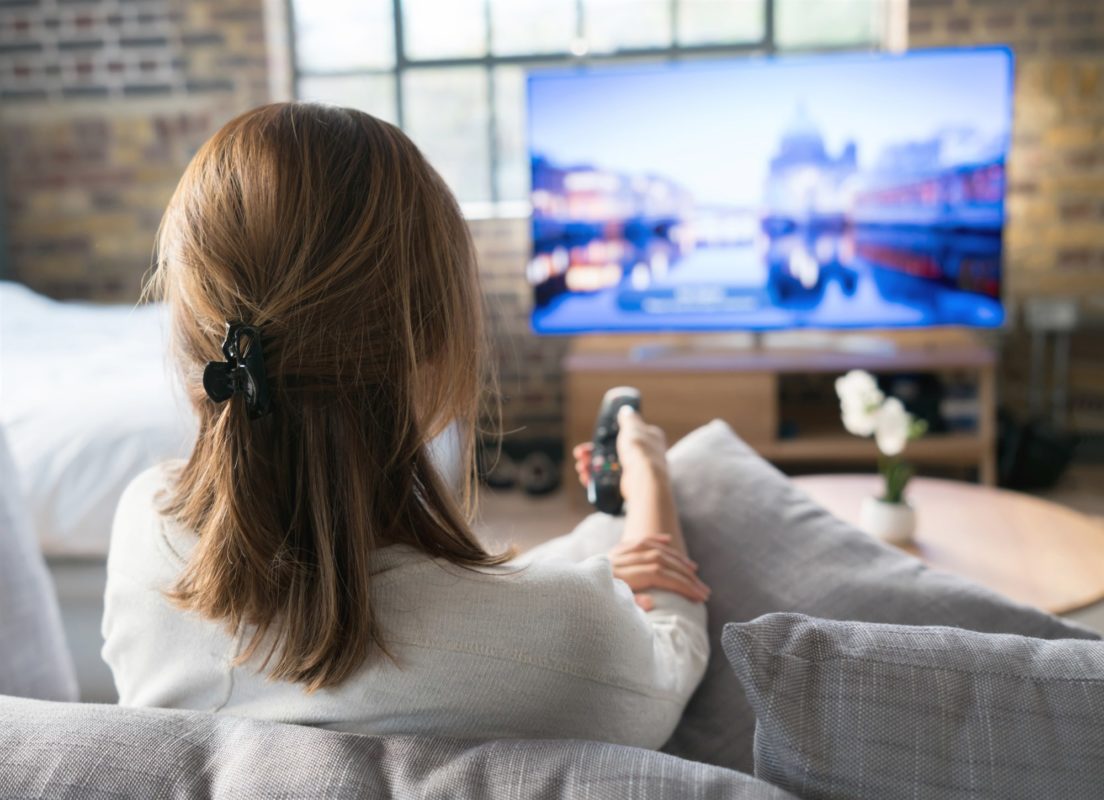 Everyone knows Netflix, the fantastic platform for streaming movies and TV shows that has helped us to beat the boredom. What many people don’t know is that besides its extraordinary movie catalog, Netflix has a vast collection of its own documentaries that will keep you glued to the screen.

If you have a curious mind and enjoy learning the ins and outs of true stories, then you’re in luck. In today’s article, we’ll share a roundup of what we consider to be the best Netflix documentaries to date. We hope you like it! 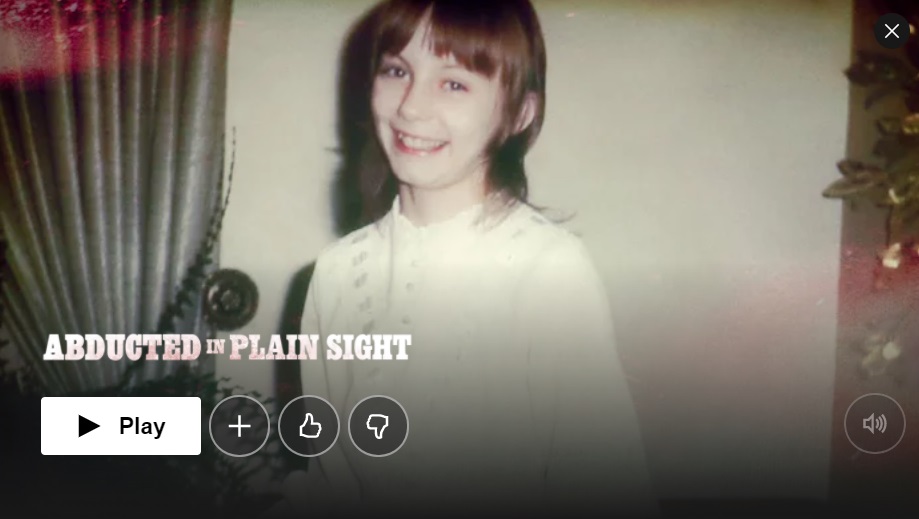 Abducted in Plain Sight tells the chilling tale of a manipulative neighbor who manages to kidnap a family’s teenage daughter twice by using his brainwashing skills. This surprising story will take your breath away, even if you think you have already seen everything there is to see in true-crime documentaries. 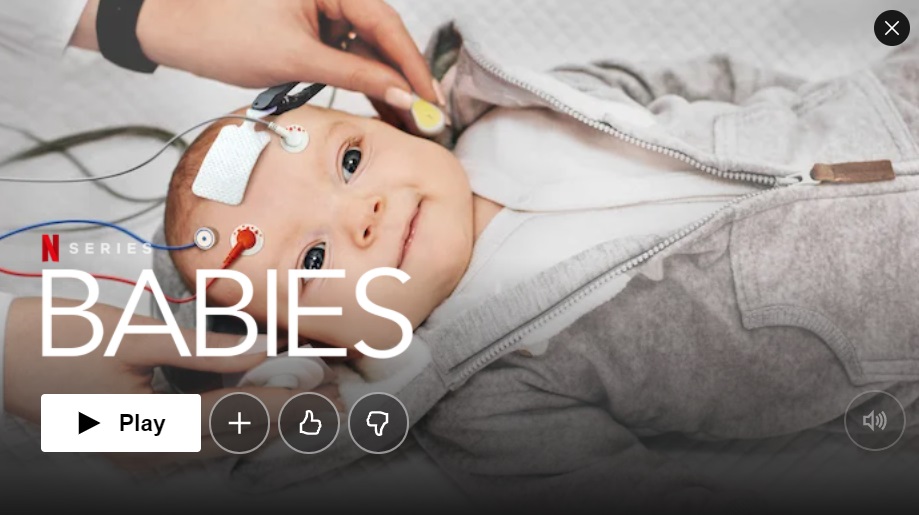 Babies is the perfect documentary for anyone who just had a baby or wants to have one soon. It reveals in vivid detail how babies develop and grow until they can fend for themselves. Babies includes the testimonials of 15 families and their respective babies and support from a group of experts on the subject. We highly recommend it. 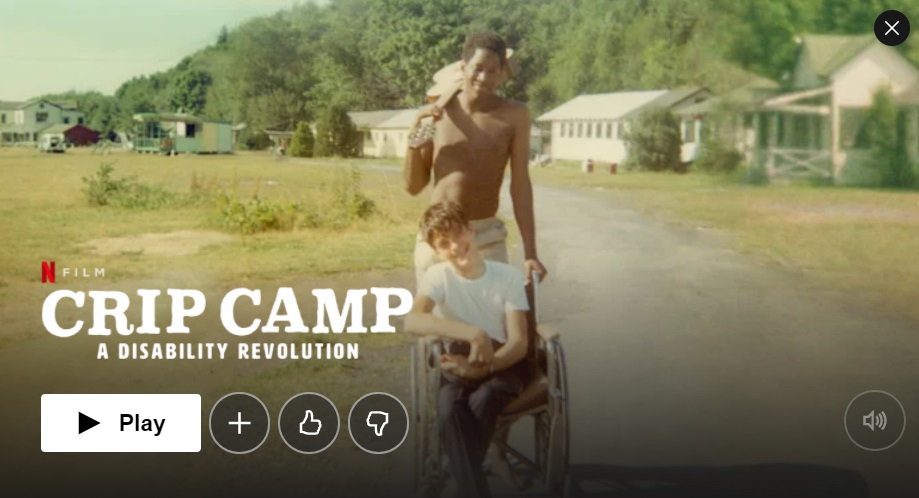 Crip Camp is a moving documentary that has delighted viewers and critics alike. It tells the story of Camp Jened, a summer camp for disabled teens in the 1970s that helped to raise awareness of the rights and needs of these children in the United States. Narrated by a former camper with lots of archive videos and photos, this film is one of the best documentaries of 2020. 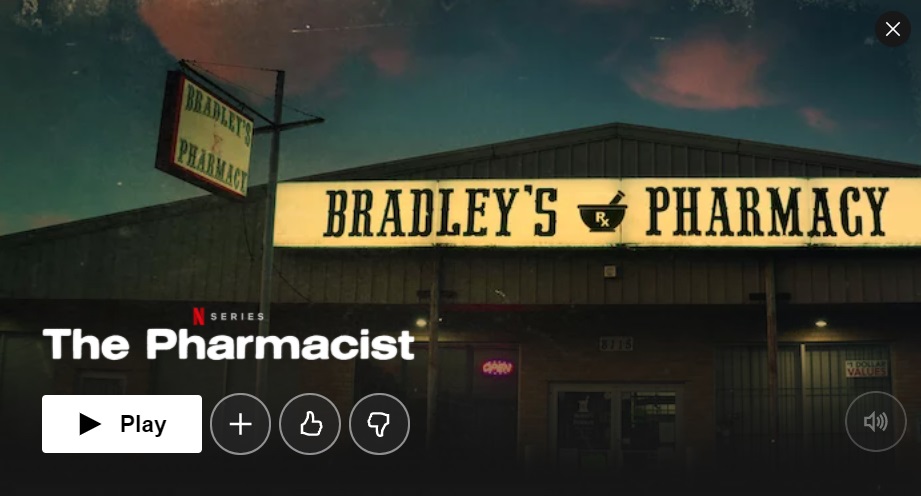 The Pharmacist tells the story of Dan Schneider, a man who loses his son in a drug-related shooting in New Orleans. After noticing that a large number of young, seemingly healthy people come into his pharmacy with prescriptions for OxyContin, a narcotic used not only as a painkiller, but also to get high, Schneider will embark on a crusade against Big Pharma to limit access to these products. 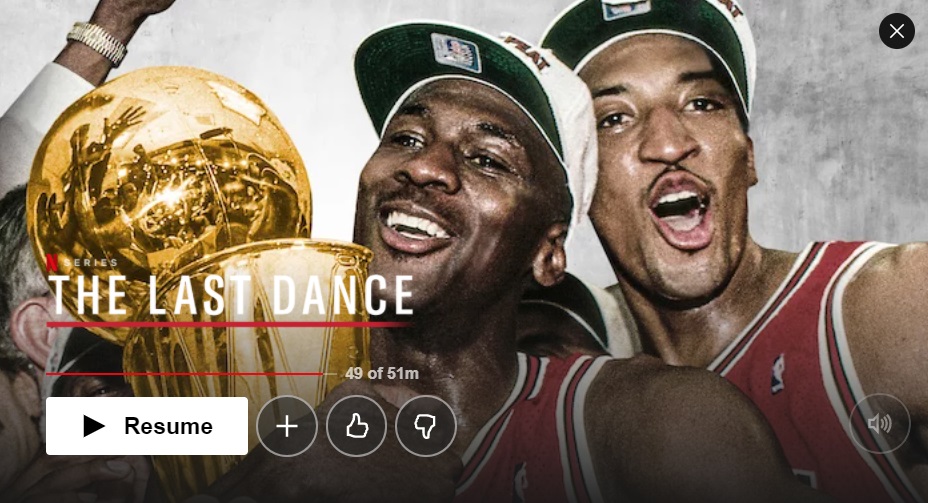 The Last Dance is a must for basketball fans. In this 10-episode docuseries, you’ll learn everything there is to know about Chicago’s best team, the Chicago Bulls. Featuring previously unseen material from the “golden age” of the Bulls (1997-98) as well as interviews with key figures like Barack Obama, Michael Jordan, and Steve Kerr, The Last Dance is an important film for basketball enthusiasts and sports fans in general. 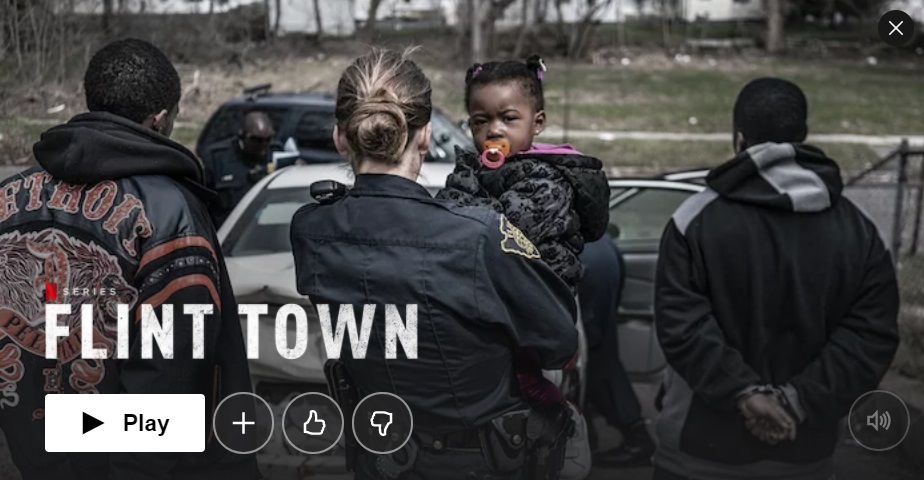 Flint Town is a documentary about the town of Flint, Michigan, where violence and chaos reign. Its struggles include unemployment, robberies, and even water shortages, because the town’s water supply is poisoned. By following the swamped police department, you’ll discover the horrors of life in parts of America that seem to have been forgotten. 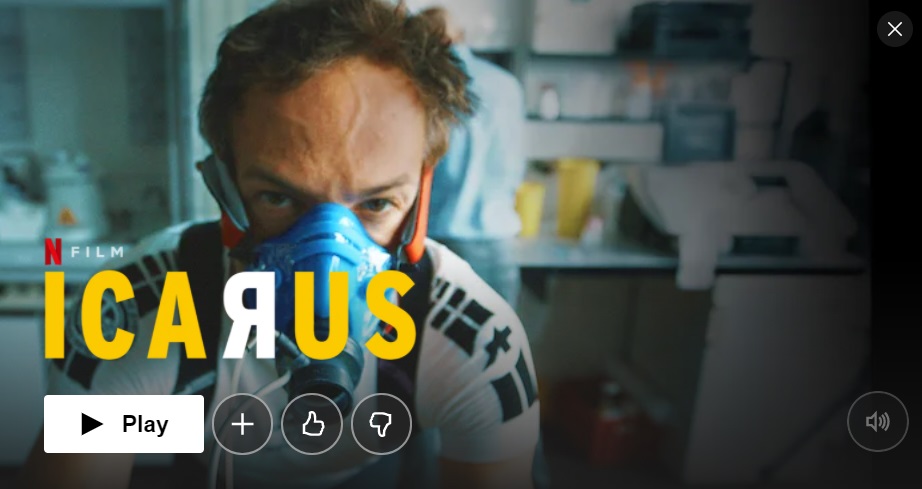 This award-winning documentary offers a complete investigation of Russian doping and the scandal that arose when it was discovered. You’ll see cyclist Bryan Fogel voluntarily take performance-enhancing drugs to see how they impact his body and athletic performance, and to find out if it’s easy to evade detection from drug testing in the sports world. In fact, this impactful documentary revealed that 99% of Russian athletes have taken performance-enhancing drugs at some point, and it led the IOC to ban Russia from the recent 2018 Winter Olympic Games. 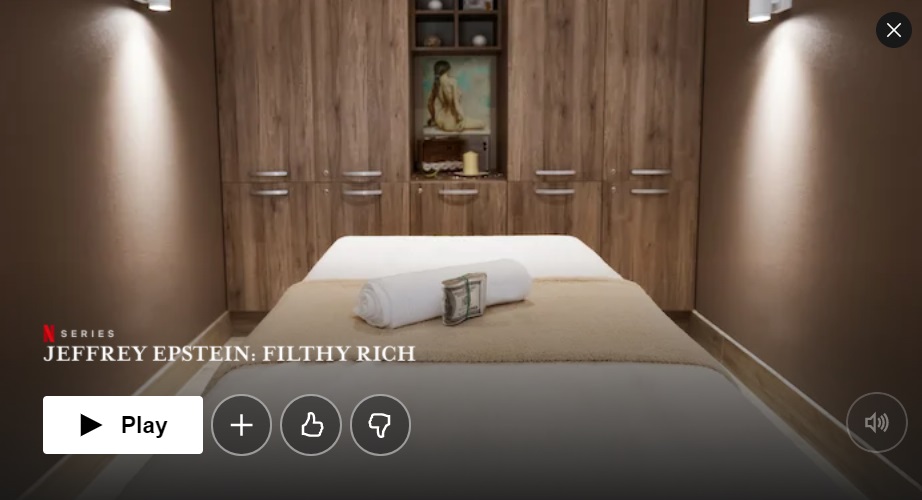 Without a doubt, one of the most shocking headlines of the past decade concerned the incarceration and suicide of the billionaire Jeffrey Epstein. This docuseries exploring the ins and outs of this sex scandal is narrated by old friends and business partners of the financier as well as by Epstein himself. Chilling and masterfully directed by one of his victims, Lisa Bryant, Jeffrey Epstein: Filthy Rich is the most watched and recommended documentary on Netflix. 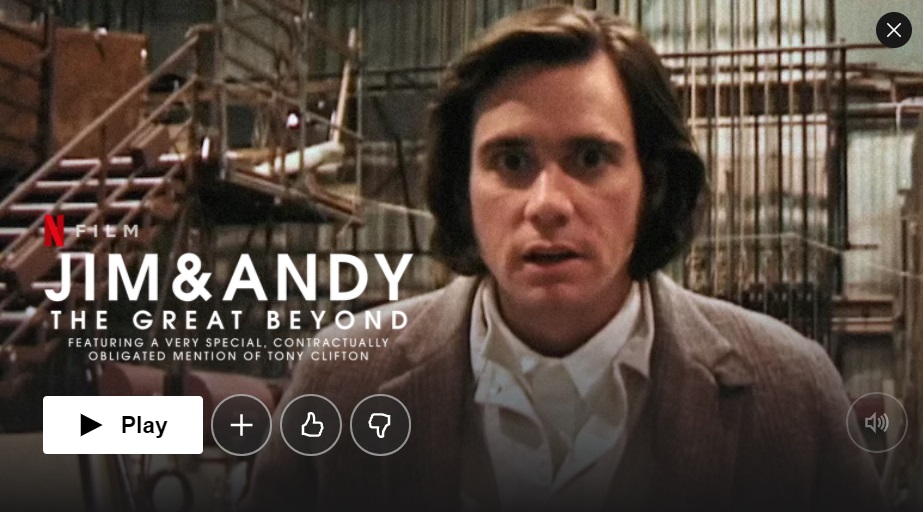 Remember the legendary film Man on the Moon, directed by Milos Foreman? Jim & Andy is a documentary in which Jim Carrey reflects on what it was like to play Andy Kaufman in this movie, and how it marked a turning point in his life. The documentary includes hundreds of anecdotes and never-before-seen footage from the making-of, so it’s an essential documentary for fans of the film. 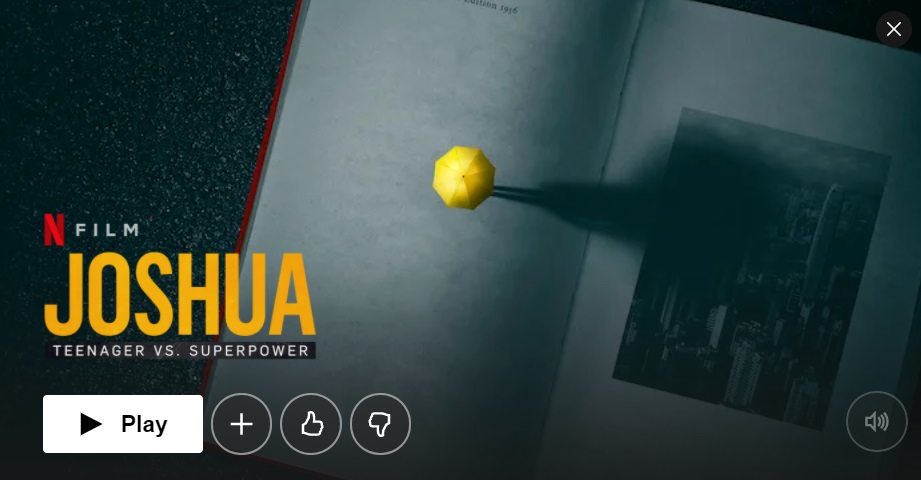 This eye-catching title is one of the most interesting and motivating documentaries on our list. It tells the tale of Chinese teen Joshua Wong, who managed to organize a youth movement in which more than 100,000 protestors took to the streets to preserve China’s autonomy. If you’re looking for a thrilling documentary that surpasses all expectations, don’t hesitate to watch it. 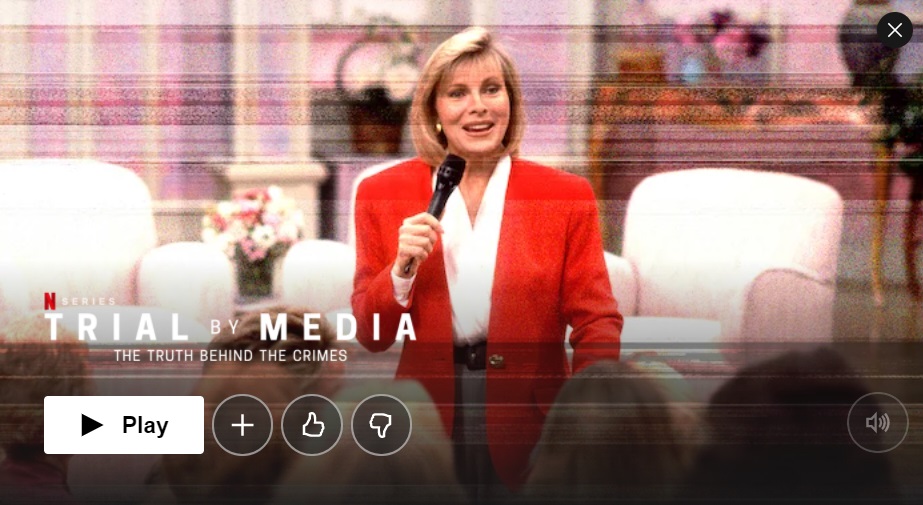 Trial by Media is an interesting documentary about the justice system and the media’s influence on criminal verdicts. It presents an anthology of real cases in which media coverage tipped the scales towards a guilty or an innocent verdict due to social pressure. 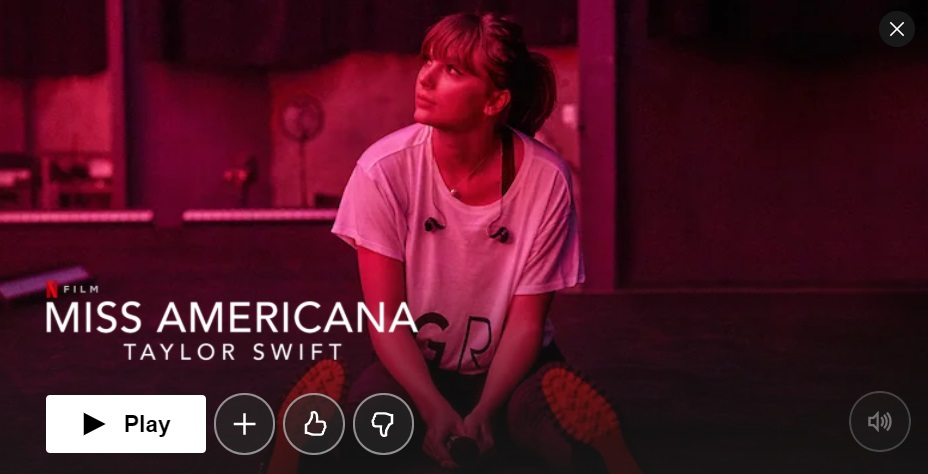 Taylor Swift is a 21st century musical icon, but little or nothing had been known of the young woman’s private life since she skyrocketed to fame as a teen. In Miss Americana, Swift opens up about her journey as a musician, her struggle to overcome anorexia nervosa, and her political opinions. It’s a must for any fan of this young star. 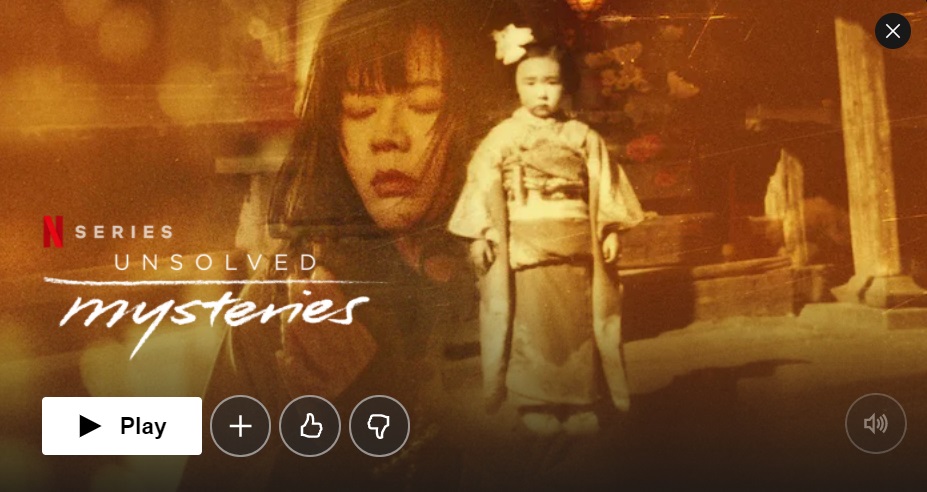 Remember the legendary documentary series from the late 1980s of the same name? Unsolved Mysteries is a reboot featuring modern-day mysteries but maintaining the well-known opening theme. All six episodes present real-life cases of disappearances, paranormal phenomena, and chilling murders that have yet to be solved. 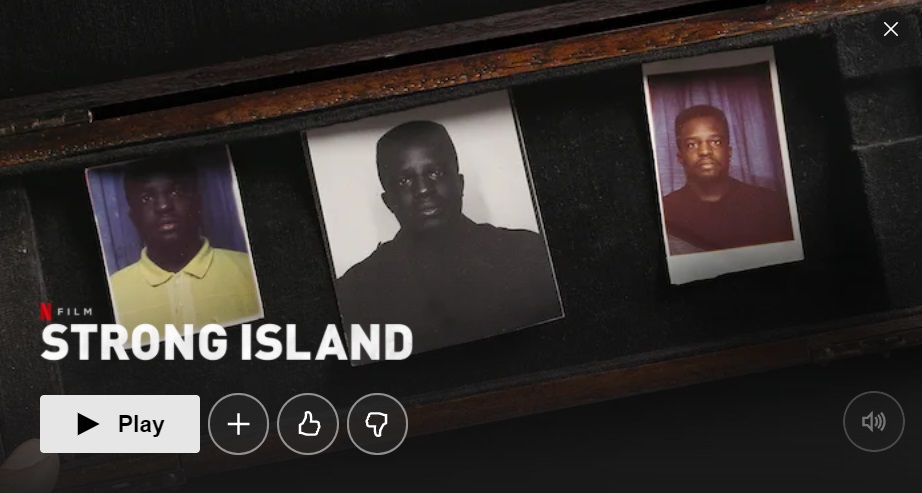 Strong Island is a documentary in which director Yance Ford delves into a very personal matter. It centers on the murder of his own brother, who was shot to death, and how the police immediately closed the case because he was African-American. Racism, discrimination, and powerlessness are examined in this hard-hitting, must-see documentary. 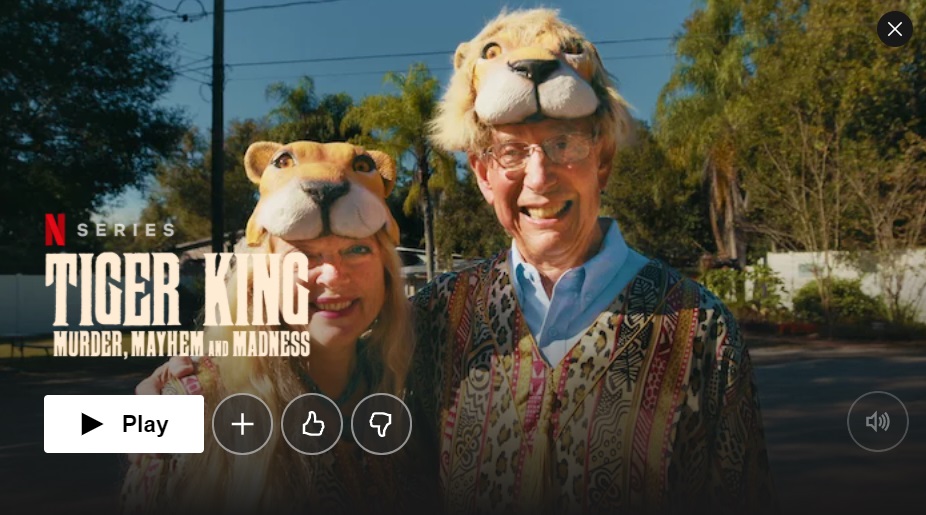 You’ve probably seen it already, but this docuseries has caused such a stir over the past few months that we had to include it. Tiger King explores the world of tiger owners and collectors, animal sanctuary directors, and even breeders of these big cats. Without a doubt, the central theme of Tiger King is the nasty feud between Joe Exotic, a breeder, and Carole Basking, the owner of an animal sanctuary.  Throughout the docuseries, their unbridled hatred of one another even leads him to plot her murder. 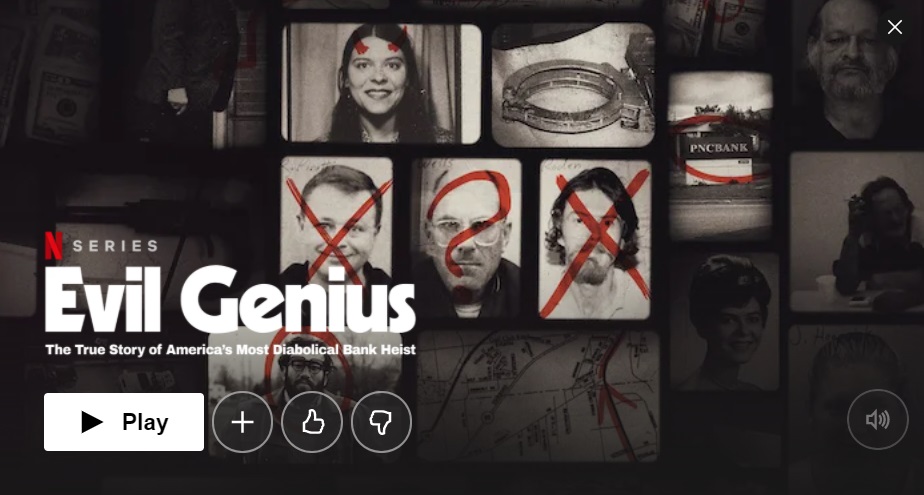 This original Netflix production explores the strange case of a bank robbery in Pennsylvania in 2003. The criminals put a bomb around a pizza man’s neck and forced him to carry out the heist. Years later, it was discovered that this bizarre event was part of a much larger conspiracy, which is explained in detail in this interesting documentary. 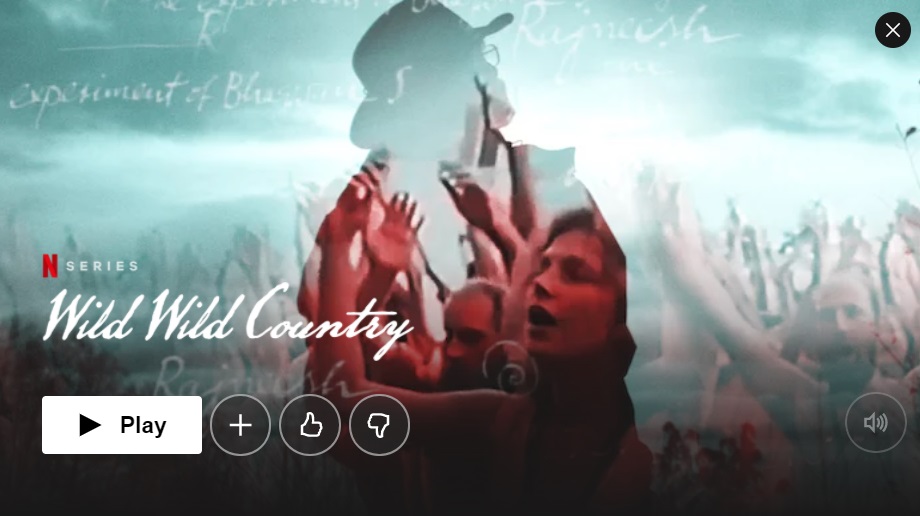 Wild Wild Country is a documentary miniseries about the life of Osho, the leader of a sect in India who founded a utopic city in the Oregon desert. There, he preaches the ideologies of the Rajneesh movement, which soon leads to a conflict with the locals. This surreal documentary based on a true story will keep you glued to the screen.

We hope you enjoyed our roundup of Netflix documentaries and docuseries. Have you seen any recently that you think should be included on this list? Tell us about it in the comments section!

How to Add Grammarly to Word