Strategy games are perfect for anyone who’s a leader at heart. They can turn you into a battalion commander, a mayor, a restaurant magnate, an amusement park owner, or even the dictator of a dubious republic. No matter what you want to be, there’s a game out there to fulfill your dreams of power.

While strategy games are highly rewarding and addictive, you need quite a bit of free time to play them. Does that mean you have to go without them? No way! Fortunately, some great ones have been adapted for smartphone displays. 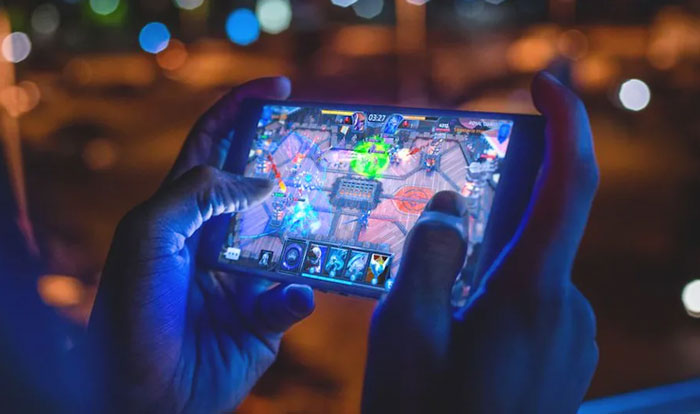 In today’s article, we’re going to tell you about the best strategy games for Android in the market today. There’s something for everyone, so what are you waiting for? Download one today!

Nobody said running a country fairly and keeping its citizens happy was easy, so… why not be the dictator of a banana republic?  In Tropico, you’ll become “El Presidente,” the ruler of a Caribbean island that will be completely in your hands.

Like the version for PC and consoles, Tropico lets you manage every single aspect of life on the island. You can construct buildings, streets, industries and all kinds of infrastructures for your subjects, but also military bases to make sure no neighboring country comes along to overthrow you.  Obviously, you also have total control over the island’s political system, because… is there anything a dictator can’t do?

Regarding game modes, Tropico has 15 missions with pre-established objectives, but there’s also a sandbox mode that lets you enjoy the game however you like. In short, it’s a fun and challenging game that you can now play on your Android smartphone. Don’t miss it!

When you think of strategy games, activities like empire building, commanding troops, or business management probably come to mind.  The Escapists offers a twist on this genre: a truly different, fun game in which you have to devise a perfect strategy to escape from prison!

Both parts of The Escapists promise unlimited fun, challenging you to come up with the perfect plan to break out of jail. You can create tools to dig tunnels, generate distractions, bribe or attack the guards, or if you prefer, simply memorize their shifts and escape without raising a single alarm.  It’s up to you.

Although you can play both versions of The Escapists on your phone, we especially recommend part two. It has options for playing in local multiplayer mode, or online in either co-op or versus mode. 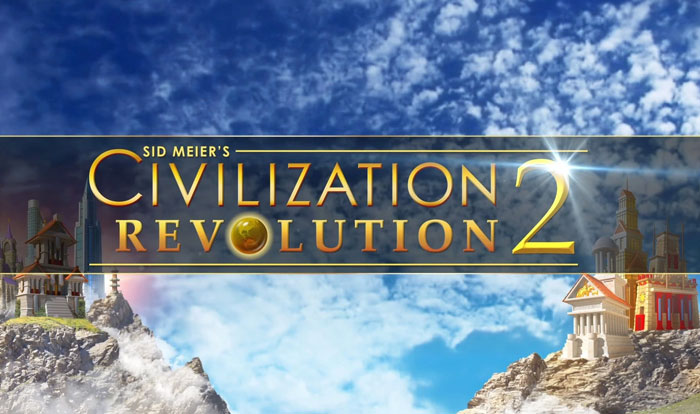 We can’t talk about strategy games without mentioning Sid Meier’s long, brilliant saga. Due to its complexity, the game has been simplified a bit in its jump from PC to smartphones and consoles, but it’s still one of the genre’s most challenging and entertaining titles.

As in other Civilization versions, in Revolution 2, you’ll embody your favorite historical leaders in their rise to glory or their downfall. In each game, you can achieve economic, military and cultural victories in the palm of your hand!

Civilization Revolution 2 is an excellent title for lovers of turn-based strategy and especially for fans of the saga.  If you don’t mind playing a watered-down version of the previous Civs, we think you’ll like it.

The Battle of Polytopia

Closely linked to the previous title, The Battle of Polytopia is a stunning, colorful game that’s very similar to the original Civilization. In it, we play a tribe that will explore, establish cities and grow until it becomes the only one in the area. At the same time, we get nice polygonal graphics and a great soundtrack.

As for gameplay, The Battle of Polytopia is reminiscent of Sid Meier’s saga. First, you select your favorite tribe and start exploring Polytopia. As you go along, you can build cities and locate resources. You can also improve your civilization through cultural, and of course, military advances.

One interesting feature of The Battle of Polytopia is that the game has a multiplayer mode. It lets you play against not only the AI, but also friends and other players around the globe. Want to give it a try?

Why settle for the COVID-19 crisis when you can have your very own pandemic on your smartphone? As you may have imagined, Pandemic is the mobile version of the acclaimed board game, whose objective is to cure a pandemic that is afflicting the planet. It would be hard to find a more appropriate video game for times like these.

In every session of Pandemic, you need to choose your character wisely, because each one has unique skills and resources. Then you have to collaborate with other players and design a strategy to find a cure as soon as possible. That’s why it’s an ideal title for fans of multiplayer games.

In light of the coronavirus crisis and how we’re all awaiting a cure, you’ll probably feel relieved to see a disease be eradicated, even if it’s only in an Android game. 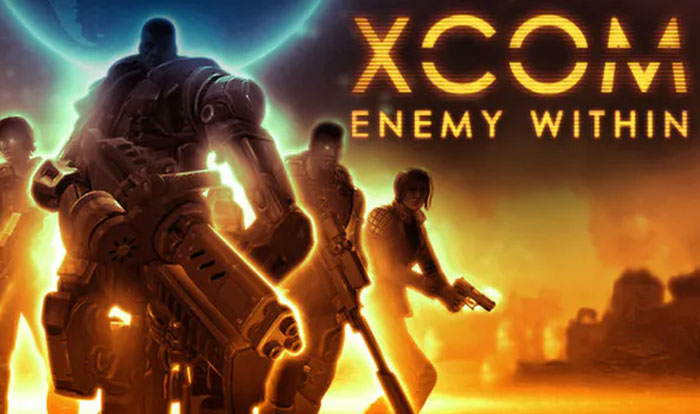 To the joy of sci-fi fans, the great XCOM strategy game also has a version for Android. As usual, in Enemy Within, you’ll command a squad of space soldiers on a mission to defeat a barrage of unfriendly aliens.

XCOM: Enemy Within has everything it takes to satisfy military strategy game enthusiasts. Your soldiers will be varied, all boasting unique abilities, weapons and resources to eliminate the alien threat. So to win the game, you’ll have to design your strategy with their possibilities in mind.

But that’s not all: as you play and win battles, you’ll unlock new soldier classes, upgrades and many abilities. This keeps the game fun and fresh no matter how long you play it. 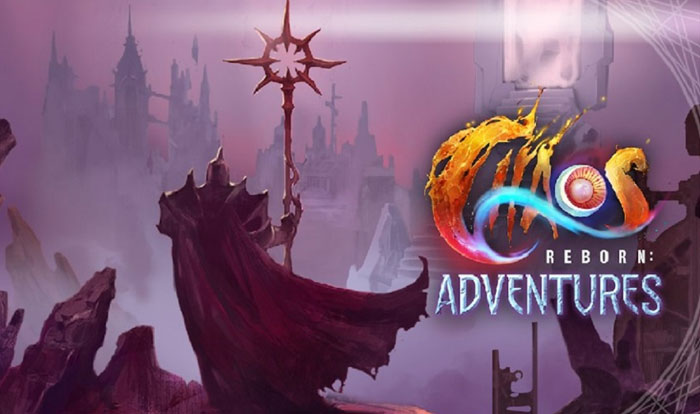 If you liked XCOM: Enemy Within, you’ll love Chaos Reborn: Adventures. This challenging strategy game was designed by the same team, and it puts the best features of the sci-fi title against a fantasy backdrop.

In terms of gameplay, Chaos Reborn: Adventures is truly original. The game features mind-blowing tactical battles, combining strategic movements similar to those of chess with magic, and of course, the elements of surprise typically found in card games.

One of the highlights of Chaos Reborn: Adventures is that in addition to a single-player campaign, the game has a multiplayer mode. Use it to have fun beating the computer or to challenge your friends. It’s a must if you’re into fantasy.

If you’re a Nintendo fan, you’re probably more than familiar with the Fire Emblem strategy game franchise. Now you can get it on your Android smartphone with Fire Emblem: Heroes, a challenging video game that will delight followers of this saga.

Fire Emblem: Heroes has a history mode for players where you’ll have the bloody clashes between the kingdom of Askran and the empire of Emblian at your fingertips. One especially good thing about Fire Emblem: Heroes is that, as the name suggests, it has most of the characters from the other Fire Emblem installments. And although the title has simplified the gameplay of the console games, it goes to great lengths to make sure the experience is just as satisfactory.

With hundreds of battlefields and hours of gruesome history, Fire Emblem: Heroes is a title that will keep you entertained for hours on end. What’s more, once you finish the single-player campaign, you’ll unlock new game modes. Want to give it a try?

The Banner Saga 1 and 2 are two excellent strategy games with touches of RPG set in a world of Nordic mythology. At first, these titles might seem like your standard tactical games from the Play Store, but after playing for just a few minutes, you’ll realize that both are gems of this genre.

What makes The Banner Saga franchise so special goes beyond its stunning 2D graphics and fun yet challenging battles. Both titles have a carefully narrated storyline, and it’s one we’ll participate in quite a bit. In fact, every game in The Banner Saga is a personal storyline, and you’ll develop it “a la carte” with the decisions you make as you go along.

So, one word that perfectly describes the gameplay in both The Banner Saga games is “consequences.” Not only the strategic battles, but each and every conversation you have will permanently impact the storyline. If you’re looking for a strategy game with a good plot that’s highly replayable, don’t hesitate to download both of them.

We hope you liked our selection of strategy games for Android. Are there any others you’d like to add to our list? Let us know in the comments section!