We always say that the Google Play Store is like a real shopping mall: there are lots of products for sale. Unfortunately, Google’s shopping mall is crowded with those goofy kiosks that sell worthless junk. We’re not talking about fake or counterfeit apps: we’re talking about apps that are useless, but completely legal.

Introducing Abu Moo, the most expensive (and absurd) app developer in the Google Play Store. It. is. insane.

Let’s get to the point: the app developer Abu Moo is worthless. Literally. When you download an Abu Moo app, its sole purpose is to appear in the main menu as a widget. That’s it. You download the app and it does nothing. It just sits there on your screen. Sounds fun, right? An icon that does nothing? Hold on to your butts. Each app costs a staggering $400.

To be exact, there are six “apps”: Amethyst, Aquamarine, Black Diamond, Emerald, Ruby, and Sapphire. Buying all six would cost you a total of $2,400. That’s money you might as well set on fire. 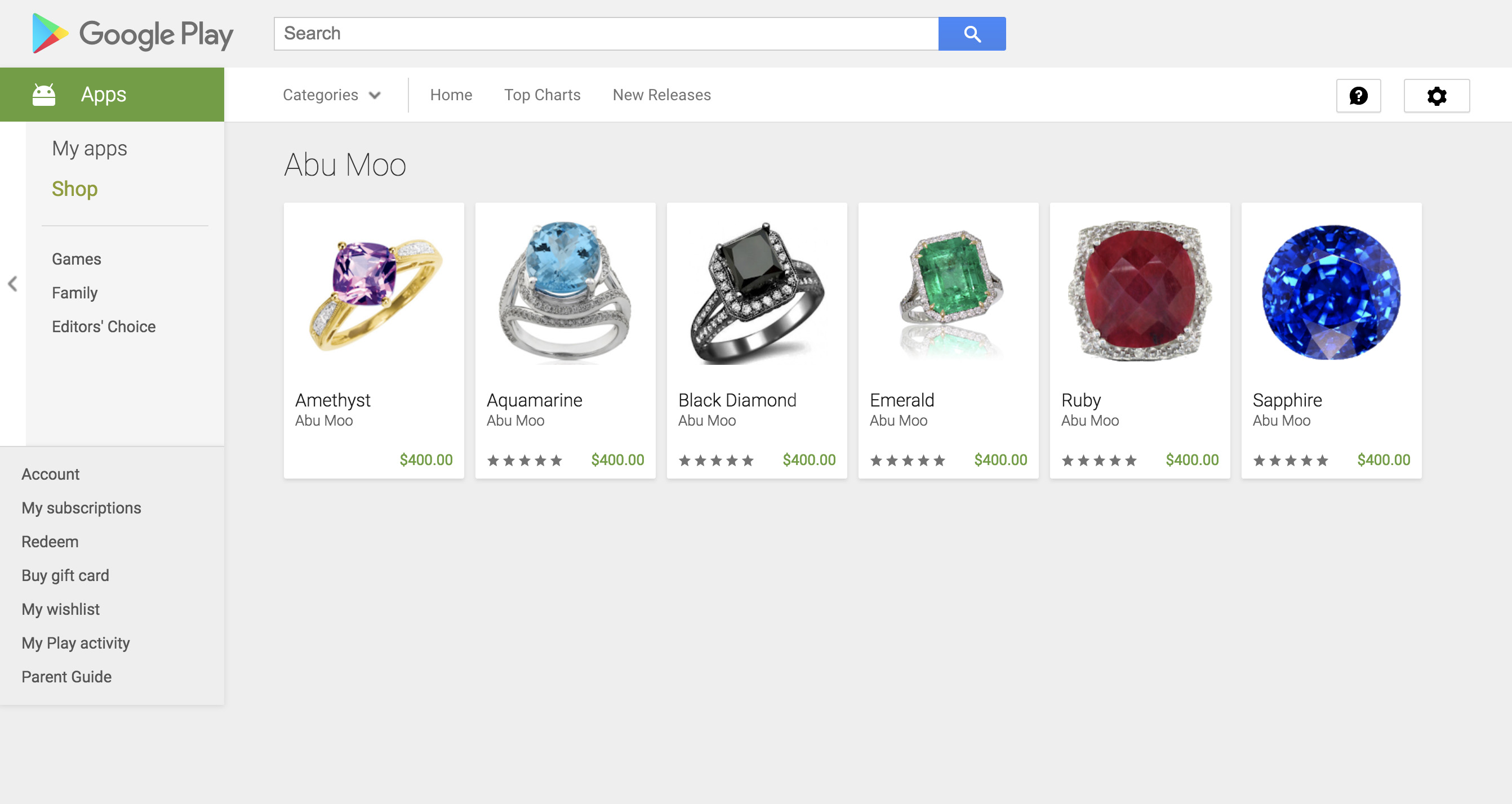 Its creator, the developer Abu Moo, doesn’t scam anybody. In fact, it’s very clear in the description of every app: “Are you rich and successful? Want to buy expensive apps just because you can? Maybe you want to impress your poor friends? Show them a widget that they do not own and never will. Or maybe you want to make a gift for your girlfriend, who happens to own an Android device? Why buy flowers, when you can buy virtual jewelry – an excellent solution! In any case, this widget is just for you! One of the most expensive apps on the Market, that does absolutely nothing, except show the world how rich and awesome you are!”

Abu Moo has been available on the market since 2013 and each of the apps has more than five downloads, which means there are actual living humans who spent actual money actually purchasing them. Even if you had a Scrooge McDuck money vault, there’s no point in buying this thing. It’s such a simple widget that anybody can create it.

Thanks to our pals at Andro4All for the tip.

How to detect scam emails

The Positive Effects Of Heavy Social Media Use