GTA V looks nothing like the original Grand Theft Auto. The series has grown and gotten more diverse over the years, and of course GTA V looks a lot better than the 2D top down game released back in 1997.

Watch our video, The Evolution of GTA below. 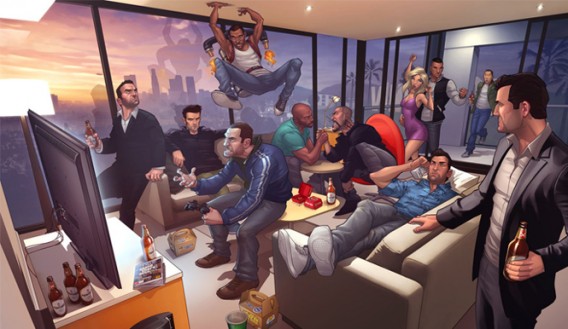 Since GTA III, the series has been in 3D, opening a whole array of opportunities for Rockstar Games, the makers of the series. GTA IV brought even more graphical improvement as it was made for the then-new consoles PlayStation 3 and Xbox 360.

GTA V, still for the same generation, has changed dramatically compared to its predecessors. This time, you don’t control one, but three protagonists in an immense open world. As you can see, almost every GTA has brought with it something completely new. In this video, we’ll show you the evolution of Grand Theft Auto, from the original GTA until the newest version, GTA V. Enjoy!