WhatsApp, Telegram security flaw: how to fix it 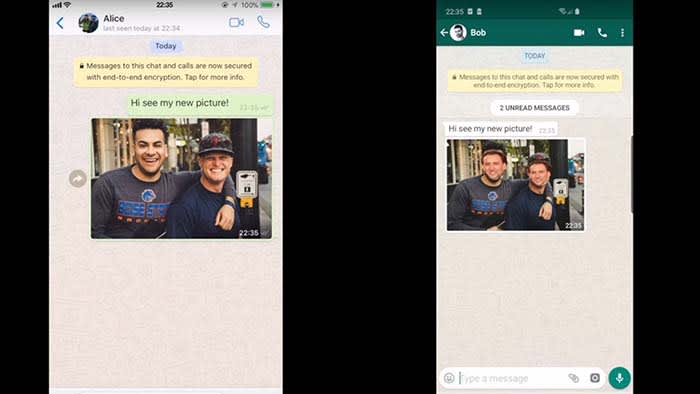 We already know that you can’t believe everything you read online, but now we might not be able to trust everything we see on WhatsApp or Telegram!

Researchers from the software company Symantec discovered a vulnerability in WhatsApp and Telegram. The vulnerability would allow a hacker to change what a person sent you.

In the above video, the researchers showed that through the vulnerability, they were able to change the faces in a photo to look like Nicolas Cage. As hilarious, and amazing as that is, there is more to fear than a real-life version of his movie “Face/Off.”

Let’s say someone sent you a receipt or an invoice. A hacker could alter the information about the account, routing number, or the amount! Suddenly, rather than reimbursing someone for last night’s dinner, you just got duped into sending a stranger $50.

How could this happen?

WhatsApp and Telegram both use end-to-end encryption which basically means that messages are kept between those involved. Even the companies themselves cannot read the messages.

However, this does not mean the app itself is safe from being hacked. This vulnerability could have allowed for a spyware attack that would have compromised WhatsApp and Telegram users.

What’s being done about this?

There is one big thing you can do to protect yourself when using WhatsApp and Telegram: become invisible.

The vulnerability comes from how files are stored on the apps, according to Symantec. In order to close that gap, you need to remove your gallery’s visibility.

In WhatsApp, turn off “Media Visibility” in the settings menu.

In Telegram, toggle off “Save to Gallery” from the settings as well.

There are many political activists, politicians, and people-of-interest who need to keep their conversations private, so they use apps like WhatsApp and Telegram. Unfortunately, instances like this and like a few months ago when a human rights lawyer was targeted in a WhatsApp virus attack, are showing that they might not be the most secure.

Although this security flaw was caught early, the point remains that this could have been devastating to users. Next time you go to send something important on WhatsApp or Telegram, you might want to rethink it.

Watch out for this Fake version of WhatsApp ►